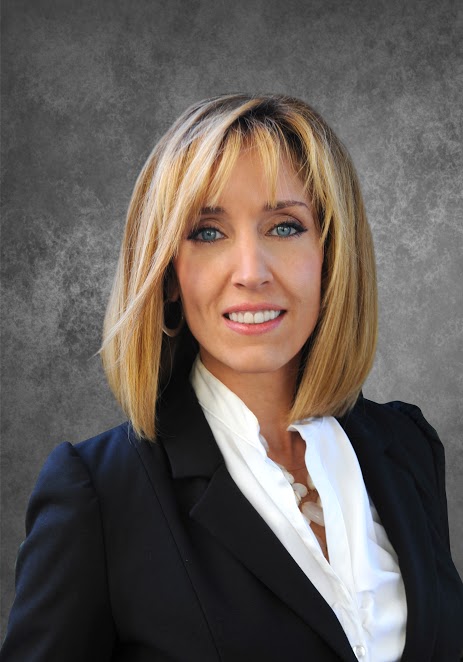 Every generation has its heroes.

Who we elevate to this level of reverence says a great deal about our generational values. Itās no surprise, then, that many idols of the Millennial generation come from the tech worldā"people like Steve Jobs, Steve Wozniak, and Bill Gates.

Itās a remarkable cultural transformation. Revolutionizing society through technology is the new American dream, and many millennials fantasize about becoming tech leaders and launching a startup that disrupts the status quo.

I am fortunate enough to live that dream, and itās been an amazing journey so far. Along the way, though, I learned that there are five laws for launching and running a hi-tech company that every future innovator would be wise to follow.

1. Identify a Gap in New Technology & Bridge It
Look aroundā"despite all the dazzling advances in technology, there still exist plenty of gaps between where we are as a society and where we want to be. The key to tech innovation is figuring out how to bridge the gap between those two points.

For example, Elon Musk discovered a gap in internet payment technology. In response to that perceived need, he and his partners developed PayPal. Mark Zuckerberg noticed a gap in social networking and set about creating a better way to communicate with friends and family.

This is the same approach I took in developing Chargebacks911. I noticed there was a gap in the security of eCommerce payments, and I took that problem and developed a successful solution that upended how the payments industry responded to transaction disputes.
Remember, youāre as much a bridge-builder as you are an entrepreneur, and the greater the traffic, the more valuable that bridge becomes.

2. Being the Best is Not the Same as Being First
Technology rewards the most efficient and user-friendly solution to a problem. Even services that dominate a category or market can be replaced at any time as soon as someone comes along with an improvement.

Compare MySpace, Yahoo, and Blackberry to Facebook, Google, and the iPhone. Although the former may have come first, the latter improved on the formula and quickly overtook the competition.

Itās important to be agile and disruptive, but technology is ultimately about functionality. Itās best to avoid rushing to be the first when your idea could still benefit from some time in development. Your work will have a much greater impact if you take the time to do it right.

3. Invest in Upgrades & Embrace a Culture of Improvement
Facebook was designed for desktop users when the site first launched in 2004. However, the minds behind the social network saw that mobile technology would define communication between individuals, and adapted to that reality. Facebook set the bar early-on for defining the mobile user experience, and they continue to push boundaries a decade later.

Competitors come and go. Technologies evolve. Disruption happens, and our expectations shift as a result. The point is that the industry changes, and your company needs to change right along with it to stay relevant.
At a tech company, the pressure is on to embrace a culture of continual improvement and innovation. You will either adapt to the changes or perish, and I mean that literally. The tech-graveyard is filled with brands who failed to adapt.

4. Always Protect Your Audience
People tend to have a ālove-hateā relationship with new technology. On the one hand, we demand constant innovation and improvement. At the same time, most people are hesitant to embrace new technologies for fear that it could create a security vulnerability. You wonāt be profitable if your target audience doesnāt feel safe with your product no matter how cool or exciting the technology is.

Whether youāre developing a social network or a self-driving car, itās your responsibility as a tech startup to be proactive regarding customersā safety concerns.
If youāre handling sensitive data, for example, you have no choice but to take security very seriously. That means strict adherence to PCI-DSS regulations, tight on-site security, and regular reviews to identify and address any vulnerabilities or breaches.

5. Acknowledge Your Mistakes, Fix Them & Move On
Tech is an industry predicated on innovation. Youāre going to make a few miscalculations from time to time when youāre constantly trying to upend the status quo.
Sometimes a bit of software turns out to be buggy. Other times, your hardware may prove defective. Many mistakes are inevitable, so donāt dwell on them when they happen. The right thing to do is apologize, fix the problem, and keep moving forward.

The iPhone 4 suffered from a faulty antenna when the device hit the market back in 2010. But instead of trying to bury or ignore the problem, the Apple leadership acknowledged it head-on. Steve Jobs publicly announced, āWeāre not perfect. Phones arenāt perfect. But we want to make all our users happy.ā He then offered everyone who purchased an iPhone 4 a free case that protected the antenna, and fixed the issue with the iPhone 5. Because the company acknowledged the mistake and made a good faith effort to correct it, Apple emerged with its reputation unscathed.

Some Rules You Canāt Go Around
A certain disregard for the rules and a desire to āgo your own wayā are part of being a leader in disruptive tech. However, there are some rules that you really canāt bend.

Creating the next world-changing tech disruptor isnāt going to happen overnight, and itās not going to be easy. It will take discipline and determination to be the next Gates or Zuckerberg, but itās impossible to describe how good it feels if you manage to make the dream come true.