A Reflection of the WITI Summit with Michael Neuendorff 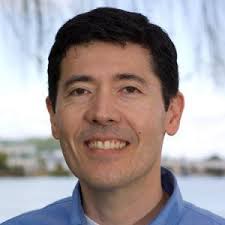 Michael Neuendorff held a session at this year's WITI Summit entitled "Success Secrets of the Super Achievers," and the room was packed. He follows up with me about his experience and goes more in-depth about his talk.

Brooke Lazar (BL): How was your experience as a speaker at the 2017 WITI Summit?

Michael Neuendorff (MN): It was wonderful. It was my second time participating in the event. In 2016, I led coaching circles, along with my session, and it went well. Based on the feedback I got in 2016, I decided to continue the topic, "Secrets of Superachievers," because there are many secrets to share when it comes to high performance. I wanted to come up with another set of techniques and approaches I could share.

This year's coaching circle was also a good experience. We had a full table and answered a lot of questions about small business marketing. It was useful for many people.

BL: You mentioned that "It's okay to be afraid" sometimes. Why is our society so concerned with fear?

MN: We have to look at a few factors. One factor is societal, and the other is the workplace. As a society, we're not as much concerned with fear as sometimes bombarded by fear-inducing messages via the media.

I have a friend that publishes a newspaper, and he shared a quote with me years ago: "If it bleeds, it leads." When there is an unfortunate event, the newspaper will headline it because it will grab a reader's attention.

Television and radio work the same way. In most issues of "People" magazine, the story on the cover is negative. When people get these kinds of messages repeatedly, they believe that the world is a dangerous and difficult place to succeed in.

In the workplace, we have a fear of being different. There is a tendency toward groupthink where everyone thinks, acts, and feels the same way. They go along with senior leadership.

I want to give you an example that I perceive as groupthink. There was a commercial a few months ago by Pepsi that had Kendall Jenner in it. She's modeling for a photo shoot in a studio. Through the windows, she can see a protest that people are joining, and she's drawn to it. She stops the photoshoot, wipes off her makeup, tears off her wig, and joins the protest.

During the protest, other people come along, and you see the police.

At one point, she walks up to a stern looking policeman and hands him a Pepsi. He turns to his colleagues, smiles, and takes the Pepsi. People in the crowd erupt into cheers, and everything is good.

Just the way I've described it tells you how ridiculous the commercial is. There was immediate criticism against Pepsi and Kendall Jenner because viewers thought it was wrong to use the idea of a protest to support their product, as shown by People.com. She felt humiliated, attacked, and confused by all of the negative rants against her and Pepsi, according to Elle. Going back to groupthink, I speculate that there were people on the production team who thought this commercial might not work, yet they didn't stand up and object.

We're afraid in the workplace to speak out because of groupthink. When we go out on our own to start a business, we're afraid because we might fail. If we fail, then we look bad to all the people who congratulated us for going out on our own.

When I first left my corporate job and started my own business, several people said to me, "You'll do great." There's a lot of pressure in quitting your job and starting your own business. Fear happens on many levels. Many successful people have feared or are fearful and yet continue to succeed despite that.

BL: The key to being a super achiever is to "win the mental game." How do we know when we have won?

MN: You can't point to one thing and say, "This is how you'll know." In terms of fixing your mind, it's more complicated. We don't have indicators. What we do have are indications we're on the right track. The things that you used to be afraid of, you now do.

In the presentation, we talked about Tim Ferriss and how he has interviewed many people about their fear and how he built a process for facing it. One of his ideas is this: take your fear in microdoses. Microdosing seemed to resonate with a number of people in my audience. If you're afraid of heights, then go up to the second floor of a building to start. Walk out onto a balcony, and you're only 20 feet up from the ground, which will scare you.

But it won't scare you as much as being out on the 70th floor. I wouldn't start by going to the top if I was afraid of heights. By taking it in microdoses, and being able to handle it, you'll be able to get a little stronger. It's the same in athletics.

People don't go for the most difficult move first. Simone Biles has a dismount from the balance beam that is so difficult that no one else, including male gymnasts, can do it. She didn't start by doing this incredibly difficult dismount. She would have been too afraid&#8212and unskilled in the beginning. She developed her ability over the years and then created her complex move. You know you've won when you've gone to the next step. When you can take a little more of what used to scare you, that's an indication.

In our session room at the WITI Summit, we had close to 200 people. I wouldn't start a session at a conference with 200 people if I had a fear of public speaking. That's setting yourself up for failure.

MN: In 1998, I took a corporate job as a manager at Oracle. Before that, I had been an assistant manager. It was a big deal; I was getting my own office, a 50% raise in pay, and I was getting a title and global responsibility. I hadn't won the mental game, though. I was happy that I got the job, but I was scared that I couldn't perform well enough to keep it.

Within the first 60 days, I discovered a program by Dale Carnegie, which helps you overcome the fear of public speaking. It also gives you ideas to better relate to those around you, while finding the leader within.

I needed to take their 12-week program, but I couldn't afford it. I went to my manager and asked if he would approve of it, but he said the company didn't allow people to take outside courses during their first 90 days. Yet he could see that I wanted to take the program. So, he went to his manager and received special approval for me.

When I started the program, I found that I was required to speak in front of the group of participants immediately. That scared me. However, I spoke to them every week for just one or two minutes, which is a microdose.

There were 35 people in the room I didn't know, along with an instructor and graduate assistants, so it was intimidating to get up in front of the group. All I could think about was how scared I was, and I would sweat and shake. I was a different person than the one you saw at the Summit.

I had to reframe the situation, because if I didn't, then I would be no better at the end of the program than I was at the beginning. I reframed the situation by thinking I might be able to enjoy it. I started looking at it as an opportunity to get outside of myself. I didn't become completely confident, but I didn't sweat or shake as much.
By reframing the situation and embracing it, my peers acknowledged my progress, and I received an award for being the top graduate of my class. It was a breakthrough for me, and that's what led me to pursue effective public speaking, which now takes me to presentations like the Summit.

BL: How do you think this year's Summit was beneficial to those in attendance?

MN: I've been in the conference and trade show industry for most of my life. I was a trade show manager for a division of Oracle. I then moved into the marketing group that put on trade shows, so I have insight into how conferences like the WITI Summit benefit people.

My wife went to a summit within her industry of HR, and she was telling me what a great experience it was. Regardless of what happens digitally in our lives, it will never change the benefit of going to conferences like the WITI Summit.

The opportunity to get away from our daily life and immerse ourselves in a learning and networking environment for a few days is beneficial. We meet people, discover ideas, and help others solve problems through coaching circles. I had participants in my coaching circle that had answers to questions better than mine.

We learn together, eat together, go to events after hours, let loose, and relax with each other. It's a recharging experience that everyone feels good about. Then we go back to the office and apply new things, and connect with people who might affect our life down the road. We don't know what the long-term effect could be, but we know the short-term effect is positive. The WITI Summit was beneficial and will continue to be, regardless of what happens with the Internet.

Michael Neuendorff is a professional certified coach, trainer, and speaker. He has dedicated his working life to helping others develop professionally. Whether it's 1on1 with a small business owner, an executive within a mid-size company, or a team who wants to work better together or increase sales, you'll find Michael applying his craft to co-create positive results. You can learn more about him on his website: www.buildandbalance.com or connect with him via Twitter @buildandbalance or LinkedIn.