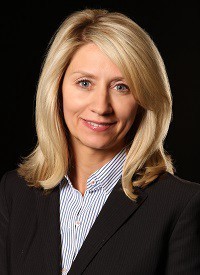 Alisia Genzler is a dedicated executive vice president at Randstad Technologies. Responsible for business operations of 21 markets in the Southeast and Mid-Atlantic regions of the United States, she is the epitome of hard work. She shares her story with us.

Brooke Lazar (BL): What are your responsibilities as an executive vice president at Randstad?

Alisia Genzler (AG): I am responsible for the strategic direction and business operations of 21 markets in the United States. These branches focus on selling and delivering technology staff augmentation, manage outsourced solutions, and deliverable-based projects.

BL: Where did your career begin, and what prompted you to move forward to your current position?

AG: Most of my career has been at Randstad. I graduated from college with a finance degree and moved east. I found a contract role at Fannie Mae where I could utilize my degree. I soon found out I loved working at Fannie Mae, but I did not love working behind a desk all day.

There was little to no interaction with people, and crunching numbers all day was not going to work for me. I knew I wanted to utilize my degree, but I also wanted to be working closely with people.

The company that placed me at Fannie Mae happened to be an IT services company. When my initial contract was winding down, they offered me a role in-house to be one of their IT recruiters. That's basically how I fell into the industry and eventually made the move to Randstad.

I joined Randstad as a salesperson and eventually moved into a sales director role. This role gave me exposure to many things and with that an opportunity to advance. I eventually shifted into a national sales role and then went back into the market to run and manage a team. After I ran a market, I was promoted to an area director role, then a VP of a region, and in 2014 moved into the position I have today as executive vice president of the Mid-Atlantic Southeast.

BL: What obstacles have you overcome to get to where you are now?

AG: At a young age I was given an opportunity to move into a leadership role within Randstad Technologies. I had no experience and not a lot of mentorship or guidance. I moved from a peer to peer relationship role, to managing my peers.

On top of that, I was younger than my team members, and most of them had been at the company longer. I was in over my head, and I made a lot of mistakes, but I learned from them; they helped lay a foundation for my career.

Those mistakes not only showed me that you don't need to shy away from opportunities if you don't have all the skills. If you're willing to work hard, push yourself and learn, you should go for it. In a nutshell, if you embrace opportunities good things could come of it.

BL: Would you say it was more difficult to rise in a tech company because of your gender in a male-dominated field?

AG: I never looked at it that way. I didn't think, "Well, I won't get anywhere with this company because there are more men than women in leadership roles." Our leadership team in Randstad has always been predominantly male.

I did not let that deter me; I focused on my tasks and goals, and I never shied away from taking on additional responsibilities. I refused to accept the excuse that men were/are the reason for women not to rise in our company. I encourage women to let it be known if they want to grow or take on more responsibility within the organization.
Randstad Technologies is not unique in the fact that there are not as many female leaders. If you look at our competitors, they have roughly the same stats. We have many women in managing director roles, in sales director roles, and our national solutions group.

But there's still not enough. We have opportunities; we just don't have women applying for them.
Right now, I'm looking for a leader in one of my markets. I don't get female resumes. It's not because I'm not looking for them, they're just not out there as much. It's not because our company is opposed to hiring them, it's because the inventory is shy.

BL: What do you enjoy most about holding an executive position in a tech company?

AG: I never look at it as a "role in a high position." I look at the fact that we all have different roles to play in the equation. At the end of the day, my job is to help develop a strategy for our division. We tend to get comfortable and avoid change. I love pushing that theory and opening my mind up to think differently.

I enjoy being part of figuring out how to get where we need to go. The other thing I enjoy is being able to work with talented people and watching them succeed; it's rewarding.

BL: Based on what you oversee, is there a clear difference between successfully placing women employees in tech jobs vs. placing men?

AG: Yes, it's an inventory statement. When I started in the industry, my job was to pore through resumes to find the perfect fit. It was rare to come across a resume of a woman who was both qualified and interested. It's gotten better, but we have a lot of progress to make. There is a difference in terms of placing them because we don't have as many. I tell the women in this field that they can write their entire path because they're unique in the sense that there's not a lot of them.

They have a lot of choices, and they can afford to be picky. Women want to make sure they're in an environment where they can be heard.

BL: What are some steps we can take to reduce the gender gap in STEM careers?

AG: We need to start informing girls early that there are many opportunities in the STEM field.

We have to help them get away from the stigma that these STEM jobs are for men. I asked my fourteen-year-old niece what she wanted to do when she grew up. She wasn't sure, so she threw a bunch of ideas out.

She's good at math and science, so I asked if she would consider some IT jobs. She didn't know what most of them were, so I explained. Afterward, she told me that those jobs were what the guys in her class would do. That's what these girls see. We need to get ahead of that.
Randstad Technologies has invested in a virtual platform called Nepris, and it connects students in their classrooms with industry professionals. They share their experiences in the STEM field and how they got there.

I go to women in technology events, and one of the things we discussed was how the T.V. show The Big Bang Theory was changing the perception of IT jobs. The characters were giving viewers the impression that it's cool to be in IT and it's more appealing than it used to be.

We have to get more young females excited about these opportunities, but the truth is, we'll lose about 50% of our future workforce. The stats show there are more females today that are going to college and graduating, so more than 50% of our workforce is going to be female. If we don't tap into them for some of these STEM jobs, it will continue to be male-dominated.

BL: How do female employees benefit from companies like Randstad?

AG: We have several programs that we support, such as Wired and Girls on the Run, a program that supports the physical and emotional health of girls. We also support a program in the Southeast called "Hire Hope" and our women in STEM group that are good at empowering. We foster diversity and gender equality. We don't just say we're doing things to help, we actively participate in and encourage these areas. When we joined WITI, we went to all of our teams and said we want you to join, we want you to get involved locally. We didn't just send it to the women; we told the men too.

BL: What advice do you have for other women employees trying to pursue jobs in technology?

AG: We know that men are predominantly holding IT jobs. One bit of advice is not to be afraid or let that deter you. A woman looks at a job description and asks herself if she has 100% of the qualifications to apply for it. If she doesn't, she feels she can't apply because she's not qualified. A man looks at the same job description, and if it covers 50% of his skillset, he goes for it.

Women are too focused on why they shouldn't go for something. Sometimes you have to put yourself out there and be a little vulnerable. It works more times than not. I encourage them to take that plunge. I'd also share that more women than ever before in IT are being asked to lead panels on, are receiving more funding for their projects, and being recognized more in the press for their contributions. Don't be your own obstacle. Get out of the way and go for it.

BL: Why is being a part of a large network, such as WITI, important for women in tech?

AG: Anytime you focus on challenges, you get better results. To be part of an organization like WITI is great because women can provide insight and support to each other. I have participated in several women in technology events, and I have found that the most valuable part of them is the sharing of stories about how these women came into their career.

Most of them didn't get a computer science degree. Their success gives women the hope and the courage to tell other women that they can do it. There's no better advice than to hear it from those who have been down the same path. WITI provides the forum for it. I'm excited that Randstad is part of WITI and that I get to be part of it. A lot of people will truly benefit from it.

Alisia started her career with SFN Group as an account executive and was promoted into a regional management position in 2006 due to her hard work, leadership, and dedication.

She moved over to Technisource in 2007 after the firm was acquired by SFN Group. Offices under her leadership have excelled; repeatedly winning quarterly and annual production awards. Alisia has garnered the Pinnacle Award, the SFN Group's highest performance recognition award.