Why Success and Survival Requires the End of Bias 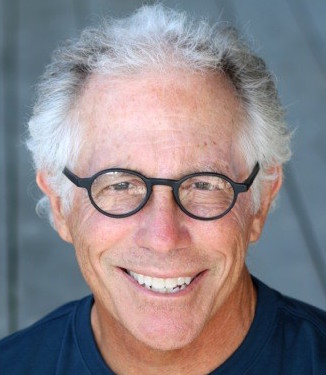 Most people who are in control, people who wield immense amounts of institutional power, do not believe that bias or prejudice limit people's opportunities. What they do believe is that anybody can overcome unfair limitations if they just work hard enough. I also used to believe that was true. It would be nice if it was true. But as I began studying over 100 years of social research on the practical and psychological impact of bias, I came to see that the real cost of bias is immense. And not just to the person whose opportunities are diminished but also to all who miss out on the value that person could add. This idea is not just a theory. We nearly lost the brilliance of Einstein because he was a Jew at a time when academic opportunities were frequently denied to Jews. What we will never know is how many other Einsteins we have lost because their race or gender made them invisible.

This is not a small problem.

Dorothy Vaughan, an African American mathematician who computed the complex glide path calculations that enabled our astronauts to safely return to earth in the 1960s, was working as an invisible mathematician leading the group of super-smart black women who did human "computing." They checked the work of male engineers to ensure their math was correct. She taught herself and her entire team the new computer language FORTRAN to speed NASA's work. She did this without respect or positive support from NASA's "ruling class" of privileged engineers. As she said, "I changed what I could, and what I couldn't, I endured." So how many other "Dorothy Vaughans" have been marginalized because of bias?

It is impossible to calculate the cost of unexpressed talent.

But the cost is real, and it is killing us.

Perhaps the reason human society has been so slow to embrace the ideal of universal respect and the eager inclusion of "others," is that we define the problem primarily as a moral one. Idealists take the moral high ground that it is unfair to systematically disadvantage people because of their gender or race. But this argument is difficult to win because our deeply embedded tribal instincts, and the invisible advantages of the dominant tribe, create a stream of self-justifications that the status quo is just fine. When a super determined member of the disadvantaged group somehow breaks through, members of the advantaged group perversely use that exceptional person as evidence that bias is not a limitation. As you can see from this graphic, all teams, organizations, and societies have an invisible field of unexpressed talent and unrealized, but possible, results. The value creation potential of that invisible field is immense.

Consider a different way of thinking about civil rights. We have tried moral argument for over 150 years. One group of white people has pushed to expand equality in all its dimensions to cover African-Americans and other minorities because if "all men (people) are created equal" no one should be systematically handicapped by substandard education, inadequate access to healthcare, or unequal justice.