The Diversity Setback: Vote Within Your Heart, Brain, or Feet 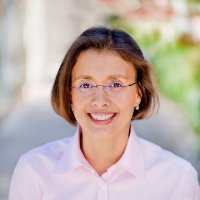 I have never considered myself a feminist. Sure, I continually encourage women in technology through active participation in WITI contributions to Code like a Girl and by mentoring women, but I have never felt as engaged as I am now. It has been nearly 100 years since women were given the right to vote in 1920, with steady progression since. Who would expect that in the 21st century, we would have a setback?

A recent series of events has put generations of progress at risk:


Historically, United States corporations have played a positive role in global culture change, embracing diversity over the last several decades. Collectively, the United States has earned considerable economic success because of it. In fact, research by McKinsey and Company showed that companies in the top quartile for gender diversity are 15% more likely to have financial returns above their national industry peers. As a woman in technology, I cannot complain. Things haven't always been fair, but the reverse has also sometimes been true. However, this is not the experience of all women.

Affirmative action, or positive discrimination, as it is known in the United Kingdom, was introduced in the 1960s as an effort to "level the playing field" and filter out those disadvantaged solely due to discriminatory factors. I am not a strong believer in it, as it may solve for statistical inequities, but creates a whole new set of issues by forcing people into it. For instance, women ascending to a leadership position are questioned on whether it was fully based on merit. Conversely, people overreact and abuse the intent, making men ill at ease. I have noticed instances where men were uncomfortable riding in an elevator alone with a woman or extending a compliment for fear of accusations. The United States culture of increasing lawsuits exacerbates the issue and fuels the problem. For example, on a KQED forum, a candid but publicly anonymous VC admitted he doesn't hire women out of fear he will get sued.

Real cultural change is the only answer, but it takes time and effort.

To influence change, majority rules, and there are several ways to vote. All company cultures are different and dynamic. You have to decide for yourself if change is possible, or if you are a better match elsewhere.

Ask yourself, Do I embrace, or can I influence the culture? Then vote with your heart, your brain, or your feet. If you are in a company where the culture is engaging, and the majority shares your values, vote with your heart, and stay to make a difference by creating critical mass and enforcing this culture so it thrives. This is the culture at my current employer, Egnyte, where the favorable environment with opportunity open to all genders allowed me to take on the chief strategy officer role.

Other companies may have pockets of culture that you embrace, but you may feel in the minority. In this case, you see positive momentum toward a culture change that ultimately will be a better match for your values. If you are in a position to influence continued positive change by hiring non-sexist people, making your team a gender-neutral meritocracy, or influencing the executive team—more importantly, if you are patient and are ready to power through it—you should stay to keep transforming the culture, and vote with your brain. This was my experience at a former employer, where I was able to make a difference as the first female business unit general manager. My manager had unwavering ideals and opened up opportunity to anyone who was the best match for the job in a position that had historically always been held by a male.

If you do not share the belief of the leadership team, then chances of you influencing a culture change are very low, and you will be swimming against the current all the way. A better use of your time and value would be to go to another company more aligned with your aspirations and vote with your feet. Work for a company that values people and their skills regardless of gender or any other discriminatory factor. This is the opportunity I sought after when I first came to this country. As a young worker entering the workforce, I was not in a position of power to influence change in my company, nor in my country. So, I decided to vote with my feet, leaving France to seek a technical career in Silicon Valley, where the cultural match was closer to my ideals.

If you think that the last scenario is giving up (flight versus fight), think again.

If a company wants to stay competitive and thrive, embracing diversity in a way that will retain male workers but also attract female workers is essential. Even a company with an innovative product or service could struggle by the weight of internal discrimination and bigotry, such as the deep wound left in Uber's culture created and nurtured by its former CEO. In our Google example of James Damore, he suggested more conservative employees were thinking of leaving Google because they thought the company had a left-wing bias that was "getting so bad." They also have a choice to vote with their feet. It obviously works both ways.

The next generation of workers has great potential to influence our positive momentum. Millennials know that diversity fosters innovation and broader market comprehension, and better reflects the customers they serve. In fact, 78% of millennials say workplace environment affects their decisions to stay at a job. More specifically, top traits millennials look for in employers are fair treatment of employees 73.1%, corporate social responsibility 46.6%, brand image 39.5%, and prestige 30.5%.

Each individual and situation is different over time. You may choose to vote with your heart, brain, or feet at different points in your career. Start now by assessing what you can change or influence and what you can't, and decide how and where you can contribute the most. It may lead to difficult decisions such as:

In my career I have voted with my heart, brain, and feet, and looking back, I have no regret. I worked alongside great colleagues of both genders to strengthen cultural values, which undoubtedly resulted in a competitive edge for the companies who nurtured diversity. And more importantly, I have had a sense of accomplishment and happiness. I can even see positive changes in France, my native country, thanks to other women who made a different choice than I and were in a different position to contribute positively.

Don't accept a setback. Decide where your heart, brain, and feet will be best leveraged for the greater good and for your happiness. You, too, have a vote. Use it.

PS: Opinions are my own and not the views of my employer