How I Became a Male Ally to Gender Inclusionā€"and How You Can, Too 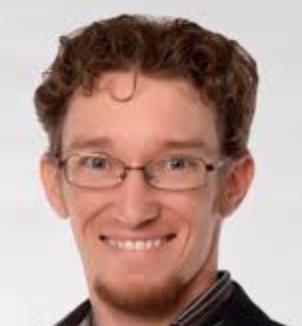 First thing's first: I can't call myself an ally. An alliance is a partnership between two agreeing parties. I have spent my entire life as an activist to end sexism and xenophobia, but it wasn't until I met feedback, criticism, and careful vetting by feminists and social equality veterans that I entered into a true alliance. That's the thing I want to drive home here. You can't be an outside force and an ally of the equality movement. You have to be in it, with it, and beside it . . . not leading it, not above it, and not commenting on it. In Some Men, Michael Messner argues that there is a place for men to be involved in the feminist movements for equality and partnership; but it's important for men to do their specific work.

He tells an allegorical story about a village by a river. Every day, girls and women can be seen flailing and trying to survive the current as it sweeps them by the banks of the village. Women in the village begin rescuing the survivors. Soon, men start to recognize this is an ongoing issue, and they start to line up to help; but by the time they get involved, the women have already established a system for saving and healing these survivors. They tell the well-meaning men to go upstream and fix whatever is pushing so many girls and women into the dangerous water.

Here are the three steps to becoming a male ally:

Step one is to recognize and affirm that there is a systemic problem.

Step two is to volunteer to help (not take over—this reaffirms the superiority/inferiority class system that created the problem).

Step three is to go where you can affect the most change. Go upstream.

For men, that means we go to deconstruct and reconstruct our entrenched male culture to weed out the underlying issues of xenophobia that manifest in sexual violence, racial discrimination, isolation/suicide, and bullying.

This means we have the responsibility and the privilege of imagining something better for manhood. That's exciting. We get to make something new and improved. We can decide to keep or reinvigorate aspects of the old system that work for everyone, like traditional rites of passage, mentorship, and fraternal gathering. We also get to add new pieces like increased emphasis on present parenting, the liberation of our identity from our workplace roles, and the value of work/life balance over isolated martyrdom.

I started as a secondary survivor&#8212a person who intimately knows a survivor of sexual violence (or any trauma). In that role, I learned how to help a friend heal. I saw first-hand the devastation of toxic masculinity, and I affirmed that something is wrong with a world that allows men to believe they are entitled to harm or own girls and women as inferior objects. I went to domestic violence shelters and got educated on the issue, even fielding calls for a survivor hotline (after visiting the 911 operators in my small town) and organizing a batterer's counseling group (for men who had largely been victims of cycles of abuse or violence as children themselves).

Soon, I was told by women who I respected as courageous, powerful leaders that the best thing I could do was start talking to other men about what we could do to prevent sexual assault. I was told to go upstream.