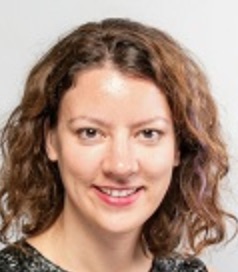 Ever wished you had X-Ray vision and could see your competitor's strategy?

In this episode of the #GrowthHacking is Dead, Long Live #GrowthMarketing podcast season, I interviewed Danielle Levitas, SVP research and professional services at App Annie, and got her to spill the beans on what the data reveals for #mobilemarketing. So, what are the top growth strategies that best-in-class app marketers use?

Levitas says: "I'm still incredibly surprised when I meet with companies, or when I'm at an event, and I'll do a quick show of hands, how few people in the mobile space and digital marketing have an app strategy. They don't know what app store optimization is, and if they do, they feel like they don't do it well."

ASO is still surprisingly new for so many companies. For those listeners who are not as familiar, think of ASO akin to SEO, search engine optimization, for helping companies like Google to better index your site, for example. You need to be able to have your app be more discoverable.

We all know there are two-plus million apps in Google Play and two-plus million apps in the Apple App Store. One of the critical things we've seen the best-in-class publishers, marketers, etc., do is leverage ASO. So what does that mean? It means using data to understand how competitive the keywords are for discoverability of your app. It's using ASO to literally change the title of your app.

Do you need an extra little descriptor after the name? We've seen companies that have more seasonal businesses (retail is a fantastic example here) change the name of their app as well as the description and the app icon ahead of Black Friday in the United States, or Single's Day in China, and when they do an app update, they redo these ASO aspects so there is a new title, descriptions, and a new icon. They will see significant improvement in terms of discoverability and in terms of returning at a higher ranking, if you will, when a consumer is looking for a certain type of app or a certain feature function.

ASO is in many ways so under-leveraged from a growth standpoint today.

We've seen companies be smart in terms of looking at market adjacencies and seeing what feature functions were introduced by a company.

Let's say a certain mobile payment is being integrated by a quick-serve restaurant or retailer, and it correlates to an improvement in either number of active users, the number of sessions in a month (or a week depending on the kind of app), or the time spent per user.

So you can use the learnings from other apps that have introduced certain features, that would be expensive for you to bet on too early, to see how it might fundamentally change the overall level of usage of a company's app. For some apps you can then start to look at whether it did actually pull through revenue directly.

One of my pet peeves, and the reason behind the series, is I hear the word ‘hacking' a lot.

People think that there's a magic solution somewhere, a magic channel that nobody knows about, and if you were to stumble upon it you would shoot through the rankings and be successful. It's not something that my experience has proven. The marketing I've seen is a lot more boring in a way, and much more strategy-based on more processes and tools. So I asked Levitas about some of mobile marketing pitfalls she's seen, based on the data she's looked at:


"I think some of the pitfalls, which in many ways are potentially the most avoidable, is for companies, maybe newer or less sophisticated, that are just going for app installs. We see this a lot, especially with either a new app from a publisher that is less experienced, or a company that has had an app, but it's fledgling and they're trying to reinvigorate it. What we see is this focus on installs, and so it may not be sophisticated enough to think through what the CPI should look like, if I'm going that route of just driving installs. What we often see is when companies or publishers are just going solely for those downloads, what ends up happening is that the user won't necessarily show up after that. It goes back to the retention, what happens on those, D3, 7, and so forth. "


Levitas was also bullish on rewarded video, even outside of gaming:


"When you couple it with something like native ads, where you're promoting some meaningful content that could be on sister sites, or in the case of entertainment, upcoming TV shows, etc.

I think it's still in that early stage, not unlike apps in general and apps for monetization and advertising and video and so forth. Game publishers have led the way even before mobile. Think about HD, surround sound audio . . . Even if you're not gaming and you think it's different, I would urge marketers and innovators to keep an eye on that space because it's typically ahead of where your industry will ultimately need to be."


Enjoyed this article? Please share, comment, and find out more in The Mobile Native's Guide to Marketing.

Aurelie is the founder and CEO of Akila One, a growth-focused consultancy helping CEOs of digital companies like IAC Applications, Deloitte, Rakuten Viber, Cheetah Mobile, and many others scale their businesses from 50 to 500.

Earlier in her career, she ran Cheetah Mobile's global B2B marketing and business development organizations, was instrumental in building QuinStreet toward its IPO, and brought SendMe to $120M annual mobile revenues. McKinsey-trained, she holds an MBA and an MSc in Engineering Chemistry.