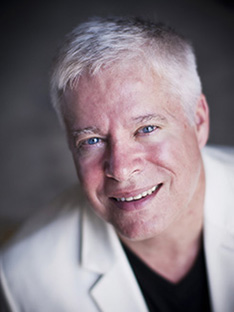 It's an inevitable question asked of every entrepreneur: "What motivates you?"

Answers seem to run the gamut, from the self-serving, "I want success and the riches it brings," to the benevolent, "I want to help my fellow man." One entrepreneur even told me he was risking everything just to prove to his parents that he was better than an older brother.

What motivates an entrepreneur is a window into their foundational commitment to the journey they are undertaking. If the motivation is cashing in on the end rewards and void of a commitment to what leads to the riches, then the foundation upon which the venture is built will be structurally weak and prone to collapse. Shifting markets and tough economic times will stress the foundation, and the business will crumble under the weight of difficulties.

But the entrepreneur who is motivated by a core, principled commitment and understands that there is no ultimate reward without a demanding journey, will have built theirs on solid ground. A strong foundation can withstand all manner of hardship and the turbulence of today's brutal marketplace.

Why would a sixty-five-year-old man load up his car, travel thousands of miles across the country and receive more than a thousand rejections to his dream of building a fried chicken franchise empire? It's because Colonel Harland Sanders truly believed he had the best recipe for fried chicken and not that he would become rich selling a worldwide franchise known as Kentucky Fried Chicken.

Accepting the cost of success and the willingness to embrace the risk of entrepreneurship drives the principled leader even after failure and rejection. That is the essence of entrepreneurial motivation&#8212embrace risk, for it is always connected to opportunity.

I talk to many entrepreneurs whose only motivation is to build to sell. Now, don't get me wrong, I think that selling a business and cashing out is a wonderful reward for hard work and the courage to embrace the risk of entrepreneurship. Heck, I did it! But that was not in our business plan and never should be a component of any entrepreneurial plan. Ever.

One of the best benefits of being an entrepreneur is you get to do what you want, instead of doing what you have to do. And when you want to do something, the real reward is the building, growing, and letting those who take the journey with you benefit too.

Closely aligned with motivation are commitment and enthusiasm. In fact, when motivated by principle rather than some superficial gratification, commitment, and enthusiasm work together to create success.

Commitment manifests itself as the perpetual drive which allows an entrepreneur to endure the tribulations of tough times and maintain humility in the face of success. It pushes us to get better, even if it appears that we've reached a satisfactory level of competency.

Enthusiasm is a state of mind that says, I welcome the struggle so that I may become stronger and more capable to endure those difficult times that certainly lie ahead. I also share the joy of accomplishment with all those who sacrificed and contributed to our cause by actively lifting up my team emotionally, spiritually, and personally. It produces a wave of forward motion, the kind necessary to propel a business toward success.

When an entrepreneur seeks only a potential end reward and is void of principle, the means or the journey is a superfluous distraction. The best examples can be seen in the collapse of the DotCom boom of the early 2000s.

The goal was getting to the IPO so the founders, early employees, and first investors could cash out and reap the rewards. Billions of dollars were wasted on frivolous spending, mismanagement of resources, and poorly developed business models because the foundational principles were weak and the motivation was misplaced.

Digital businesses are not the only examples of motivational defeats. Seventy percent of second-generation businesses are doomed to fail and, if by miracle it should survive and pass to the third generation, only 10% survive. These successors lack the core motivation that the original founder possessed and therefore also lack the same commitment and enthusiasm.

Without these three qualities, a changing marketplace, turbulent economic times, and a capacity to endure difficult situations erode the foundation, and the business collapses under its own weight.

My point of this article is to focus on the main benefit of entrepreneurship: personal satisfaction by doing something that you love and can extract great joy. The source of joy and success comes from a motivation that recognizes the entire experience as the reward, not just a payoff at the end. That is the paradox of entrepreneurial success.

For over 30 years, my barometer for entrepreneurial joy was measured by a simple act. If in the morning, as I reached for the door of my business I was excited to pull that handle open and get going, I still had the proper principled motivation. Never did the idea of a rich payoff play a role in my motivation and in fact, the possibility of "cashing out" was never discussed with my partners.

I will tell you that when we finally did accept a deal to sell our company, the result of my morning ritual changed. The new owners of the company did not have the core principled motivation that I had and instead were only concerned with the end rewards. And it showed as the company, under new ownership, does not resemble the great company I know, both in success and culture.

Tom Panaggio has enjoyed a 30-year entrepreneurial career as co-founder of two successful direct marketing companies: Direct Mail Express and Response Mail Express. He is the author of The Risk Advantage: Embracing the Entrepreneur's Unexpected Edge.