Interview with Andrea Pfundmeier of Boxcryptor 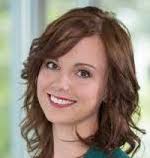 Andrea Pfundmeier is a co-founder of Boxcryptor, a company that provides encryption software for cloud storage solutions like Dropbox. She spoke with Julia Miglets, our social media and marketing strategist, to talk about the importance of cybersecurity, Boxcryptor's success, and how her career led her to where she is.

Andrea Pfundmeier (AP): My co-founder, Robert, and I were in college, and we wanted to start our own company. Robert is a computer scientist, and I've studied law and economics, so we both said we want to make sure our data was protected, and we started with a focus on Dropbox.

We developed a small tool to encrypt data before it's uploaded to Dropbox. When we shared our idea with people we knew, they were all interested.

We posted in the Dropbox forums to present our idea and the encryption tool. We said, "We've developed an encryption tool for Dropbox; test it and let us know what you think." Within one week, this prototype was downloaded over 1,000 times. We knew we found a product people need, so we created Boxcryptor.

We developed the product and started to build the company. In the beginning, Boxcryptor was encryption for Dropbox and only worked on Windows computers. We then added more platforms, so now users were also able to encrypt data on their iPhones, iPads, and MacBooks. Since then, we've added even more providers, so Boxcryptor works on Google Drive, iCloud, and many other providers.

We were the only two people running the company, and we knew if the company was to grow and be successful, we needed to raise some money. We found some entrepreneurs who invested half a million euros in our company, which we used to build the team and hire software developers. From that point, the company started to grow.

People always asked us, "Why do I need an encryption for Dropbox? Why would I want to encrypt my data?" In recent years, there have been many data scandals where photos or documents were leaked. Who can forget the NSA affair in 2013!

Now with the GDPR [General Data Protection Regulation], people have completely different standpoints on encryption and security than they did seven years ago. Now, people know why they would need to encrypt their data.

JM: What are your thoughts on the 2016 election? Do you believe there was interference in the voting process that could have been prevented with more cybersecurity?

AP: When we started to develop the product, we said it should be important for every company and also every personal user to encrypt their data because you never know what part of your data might be important in the future.

One might say, "My data is not important for anybody, and whatever I do online has nothing relevant for me or others." But you never know what could happen to that data in the future.

When you do things online, and you leave a trace, maybe today, nobody is interested in it. But in five or ten years or even two years, the data is analyzed, and you don't know what's happening with it.

For example, today I might send an email to my dentist, and in two years, maybe I want to change my insurance. For whatever reason, my prices are much higher than for other people, but I don't know that. When I'm Googling insurance plans, I only see the higher prices, and I think it's okay, and I pay for it because I don't know my data is connected with that result.

JM: You studied law and economics in college, so what brought your interest to cybersecurity?

AP: When we got the first computer in my house, my father put it in my room. I was 10 or 11, and I got used to the technology quite early. When I went to school, the computers had ICQ and other chatting platforms. They became familiar to me, and I was always interested in them.

Also, because I studied law and economics, I know the legal background and why it is important to protect and encrypt data. I knew IT security was something abstract and complicated for most people who are not involved in technology. Lawyers and other legal professionals often don't know what's behind cybersecurity, and they don't know how to help themselves.

For example, a lawyer may have sensitive information about his client that needs protection. We try to solve this issue with Boxcryptor, which is easy to use. Boxcryptor is not only for people who are familiar with technology; anyone can use it.

As a woman, it was not easy to start this company. When somebody called our office, and I picked up the phone, people often didn't believe I could help them with technical questions, and it got worse when we started to talk to investors. I often had the feeling that they only wanted to talk to my co-founder, who is male.

In recent years, however, people's mindsets are changing. They are more welcoming of the fact that I know about the product, I know what I am doing, and they can ask me technical questions and get the help they need. But it was difficult to earn their trust in the beginning.

JM: Have you encountered a lot of experiences like that?

AP: I was always treated differently, but it was not always a bad thing. Since there are not so many women in technology, people remember me. When I go to events, they're 90% men, ten percent women, and afterward, people tend to remember the women because they were different from the others.

I often get asked if I want to be on panels to discuss certain topics because they don't want to have a male-only point-of-view.

More women in technology should take the opportunity to participate in panel discussions. They shouldn't feel offended that they will be the one woman on a panel with nine men. Instead, they have the opportunity to prove that women are capable, intelligent, and articulate.

JM: Did you always live and work in Germany?

AP: I grew up in Germany, and my family lives here. We never thought about moving. Of course, Boxcryptor investors asked us if we wanted to move to Silicon Valley, but we stayed in Germany.

The United States is always our second largest market even though we are not located there. We believe, however, that when you work in the digital market, you can live wherever you want and still make the same sales.

When we started, our website was only in English because we said we didn't want to limit ourselves to the German market. We wanted to develop an international product that was available worldwide.

We started with an English-only software and website. It took us one and a half years until we had our first German website, which was ironic because we were a German company.

We still get emails from German clients who speak to us in English, and when we tell them we can speak German, they are surprised because they didn't know we are a German company.

JM: You said your second largest market is the United States, so would your first largest be Germany?

AP: Yes, Germany is our largest market, and I think it's because we are a German company. The GDPR is important to Germany and throughout Europe.

Our largest market is Germany and then the United States, and then follow several European countries like the United Kingdom. We also have large client bases in Switzerland, Austria, and various other countries.

We sold licenses to over 190 countries worldwide. People all over the world use Boxcrpytor. We have numerous private users. For example, some families encrypt pictures of their children before sending them to the grandparents.

We have small companies, large companies, and global organizations who use our encryption software. We especially see companies who have teams in the United Kingdom or the United States and Germany, and they need to collaborate in a secure environment, so they choose to set up Dropbox and encrypt it with Boxcryptor for sharing.

JM: What types of companies would you recommend use Boxcryptor?

AP: I would recommend Boxcrpytor to companies who want something easy and fast to set up. For example, we have several clients, like clinics, that are from the health sector. We also see lawyers and attorneys who are working together not only with each other but also their clients.

Many of our clients are from the education sector, so we help schools and universities. We also assist people working in R&D, not only from universities but also from companies that are doing research and need to encrypt their data.

JM: What's next for Boxcryptor?

AP: When we started with Boxcryptor, it was a tool that suited our needs. Our team started small, and we learned as we went. As our company grew, so did our clients' requirements, so we developed the software more. We added features that allowed small teams to collaborate securely, and then we added features for larger companies and enterprises, and here we are.

At the end of last year, we released our first enterprise version, which covers the needs of large enterprises so Boxcryptor can help larger teams. We're still trying to make the software easy to use, not only for 1,000 users but 10,000 users within one company.

We recently completely reworked our app. We want, for instance, a company administrator who needs to work a lot with the software to have a better experience with easier handling. This aspect of the software is what we have worked on during the last few weeks, and the company will continue in that direction.

We will offer features for larger companies and teams to secure their data as easily and as fluently as possible.

Julia Miglets is a graduate of Youngstown State University. She studied Professional and Technical Writing and wishes to pursue a career in editing.