Go for It: Lessons from One Woman's Journey in IT 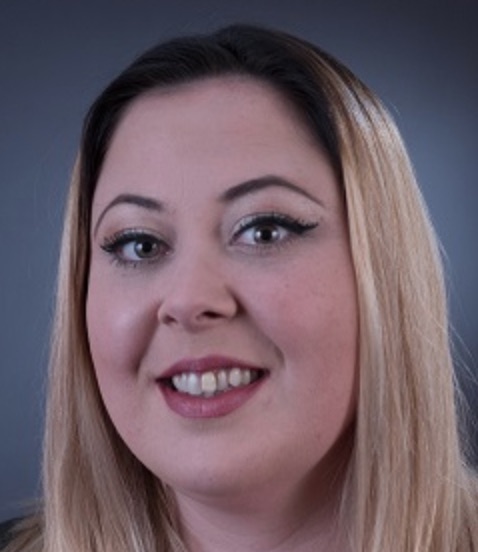 With a passion for learning and a commitment to her career, Natasha Pittman's work in IT provides a path for others to follow.

The gender gap in IT is beginning to close as more and more women discover the personal and professional satisfaction a career in IT can bring.

Natasha Pittman turned her natural talent for understanding computer programs into an exciting, rewarding career in IT. Natasha earned a BS in information technology from Western Governors University and now works as a software specialist for Suwannee County Schools in Florida.

"I had developed early IT skills without even realizing it," Natasha noted.

In high school, Natasha discovered she had an innate affinity for technology after taking a class in which she learned programs like Microsoft Word, Publisher, and PowerPoint. Because she was good at it and enjoyed it, she used her developing skills to complete projects for neighborhood businesses and nonprofits.

By the time Natasha enrolled in a local community college, all of her elective courses were IT-based, and her studies ignited a spark:

"The more I learned about how to make things on the computer, the more I realized how valuable I could be to an employer after college," she says. "I learned how to build websites. I learned how to make blueprints using AutoCAD. I wound up getting a job as a software specialist for the school district from which I had graduated."

"I wanted a degree that would fit in with the work I was already doing."

Fueled by a passion for learning and a penchant for software, Natasha made the decision to pursue her bachelor of science in IT at WGU.

"I knew how to run a query on a database," she says. "I could look at a software program I'd never seen before and figure out how to use it. But I hadn't had a lot of experience with things like network infrastructure, installing LANs, and maintaining the inside components of a computer."

"With competency-based education, you don't have to waste time."

Natasha's experience and existing skill set proved to be valuable assets because WGU's competency-based approach to education made it unnecessary for her to spend much time studying concepts she already knew. Every course focused on a set of clearly defined competencies that she proved she understood through tests, papers, projects, and other assessments.

Much of what Natasha studied in her WGU courses was directly applicable to what she was doing at work. WGU's BS in information technology program is designed with input from industry experts and is composed of five primary areas of study: systems and services, networking and security, scripting and programming, data management, and the business of IT.

"Now that I've earned my degree, I feel like I can handle anything that's thrown at me," Natasha says.

"We're on the precipice of change."

Natasha has established a successful career in a field she loves because she had the foresight to recognize her strengths and the determination to pursue her dreams.

With the IT job market bustling and oftentimes struggling to fill positions with skilled professionals, she believes the time is ripe for other women to take advantage of the opportunity.

"I feel like more women are coming into IT now, and it's something that's growing," says Natasha. "I don't feel like I'll be a minority in ten or fifteen years. I'm excited about that."

"If you're a woman and you're interested in IT, go for it."

Natasha Pittman knows this from firsthand experience, and she encourages others to follow in her footsteps:

"Don't let existential circumstances hold you back," she says. "If you're a woman, and you're interested in IT, don't be intimidated by anyone, anything, or any situation. Just find a job you're passionate about and go for it."

If you find yourself inspired by Natasha's story, maybe it's time for you to explore WGU's low-cost, flat-rate tuition, and success-focused curriculum. Jumpstart your own career in IT! Natasha did it, and you can too:

"To me, WGU makes your degree more attainable just because of the way you can complete your studies on your own terms. I would definitely recommend WGU to anyone."

What's in a name? Why are we called Western Governors University? Our name tells the story of our founding&#8212a story that dates back to 1997, when a group of United States governors came up with an innovative answer to a question of growing concern: How can we ensure more of our residents have greater access to a college education that fits their schedule? That meeting of the Western Governors' Association marked the beginnings of a new national university.

From the beginning, we were designed to be different. The United States governors who founded WGU knew that the college student of the 21st century would be different from students in the past. For millions of working adults, the dream of pursuing a college education could only become a reality once the boundaries of time and place could be removed. Overcoming this challenge was at the heart of the WGU idea.