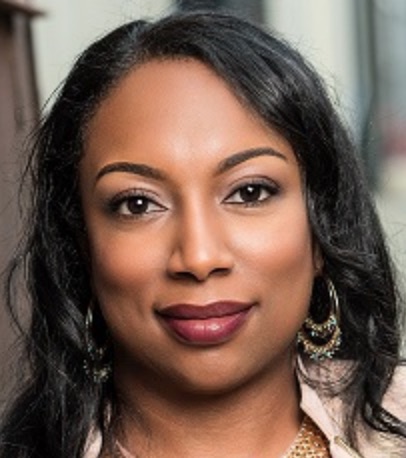 Kesha Williams is an all-around professional, a mother, a mentor, and a Java Rockstar. She believes in showing youth technology and to always continue learning. I had the pleasure of interviewing her in February about her life, career, and mentorship.

Kara Zone (KZ): Your LinkedIn profile URL is Java Rockstar Kesha. Did you title it yourself, or did somebody give you the title?

Kesha Williams (KW): I gave myself the title. I have a long history with the Java programming language. Back in 1995 and 1996 when the language came out, I started researching Java and believed that Java would take over the world. It was a skill I needed to learn.

At the time, I was working for McKesson, and since they didn't offer opportunities to learn Java, I left and I went to work for Delta Airlines. It was a huge risk, and one of the best decisions I've made for my career because I was able to play a huge part in developing the booking engine of the Delta website. I'm proud of that project because it's still in use today.

In 2008 I started teaching Java at the University of California, and I still teach there. Throughout my career I've lived and breathed Java.

KZ: When you spoke in August at the Randstad panel about advancing women, what were your three main points?

KW: The first point I spoke about is exposure to technology at a young age. I've been coding since high school. Back then, I didn't realize it was coding; I just called it playing on the computer.

That exposure to technology at such a young age gave me the confidence about computer science, even though I didn't see any other women doing it. It's important to expose girls early to technology so that it becomes an option that they consider when they reach that point of trying to figure out, "What am I going to do with the rest of my life?"

The second point is to be a lifelong learner because in IT, skills expire, and you can never learn something just once and think that will sustain you for your entire career.

KZ: Does the future of AI make you want to follow it?

KW: Within the last two to three years, I've started learning more about machine learning and building models. Machine learning is that skill that's going to take over the world that we all need to learn.

KZ: You lead TED talks. What gave you an idea to start TED talks, and when you give them, what is your favorite topic to speak about?

I freaked out. I thought, "What did I get myself into?"
Since the TED channel has great speakers, I began watching them and figured I could mimic what they did and learn from them.

But, when I was watching the channel, they had an advertisement for this competition they were having called the Spotlight Presentation Academy.

They were looking for 15 storytellers from around the globe to come to the TED headquarters in New York City and would take the candidates through an intensive boot camp training to learn how to become better public speakers, so I submitted an audition tape. I was one of the 15 selected.

And at the end of that training, I was able to present on the TED stage, and my topic of choice was about machine learning and how it can remove human bias from policing.

KM: You are an Alexa Champion. Can you explain what that is?

KW: Alexa Champions is a recognition program designed to honor the most engaged developers and contributors in the Alexa voice-first community. This is a title that can only be awarded by Amazon, which is held by a select group of individuals from around the globe.

I've worked a lot in the voice-first technology space, and I've created several award-winning Alexa apps called skills. And Amazon recognized the work that I do in the space. It was a huge honor.

KZ: At Chick-fil-A, you mentor and lead the other software engineers. Can you describe what your mentorships are like and how you believe mentorships can help the next generation?

KW: The way I mentor at Chick-fil-A is individualized for each person on my team. I work with each person to understand their long-term career goals, and then we lay out a tangible plan or pathway to help them achieve those goals.

The plan could include personal development and training goals or connecting them with other leaders in the IT department or within Chick-fil-A public speaking opportunities.

It always includes me trying to push them beyond their comfort zones to help them grow and become better.

I can think of maybe eight people that I've led who have gone on to lead their teams, and they do a great job.

Mentoring is rewarding to help the younger generation and others, in general, succeed in their career goals.

KZ: If you have someone who is intimidated by the level of your success but is interested in learning about what you know, what kind of advice could you give them?

KW: When it comes to public speaking, I encourage them because everyone gets nervous. And so my advice is to go for it.

You'll never know what you can achieve unless you try, and being nervous comes with the territory. But don't let those nerves stop you from going after something that you want.

KZ: Your publications include journal articles and articles about you. What is the importance of becoming published, and how do you think it helps inspire others to obtain education and success?

KW: I don't believe it is important to be published. It's important to share your knowledge with others. People often say, "I'm not an expert in this area" or, "I haven't been doing this long enough, why would anyone want to listen to me?"

No matter where you are in your journey, there's someone that is not as far along as you. So when you share what you know and your lessons learned, it will help the next person behind you.

And you can do that through writing articles, doing interviews, speaking at conferences, and one-on-one mentoring. When someone sees you doing those things, it will inspire them to do the same.

KZ: Why are networking groups like WITI and the Women Techmakers, with Google, good for people to utilize?

KW: Early in my career, I often felt isolated because I was always either the only woman or the only African American. And it was hard for me to find a sense of belonging. Because of those feelings, I considered leaving IT.

The networking groups give me a tribe to belong to. I now attend all of these networking events, and I see so many people who are like me, and they become my support system.
It's important, especially for women, to be involved with these groups.

KZ: Do you have awards you are specifically proud of?

KW: Yes, the Ada Lovelace award in software engineering. Ada Lovelace was the world's first computer programmer, which is exciting. It was an honor to win an award named after her for the work that I've done in the machine learning space.

KZ: On the advancing women in STEM panel you discuss how to inspire young girls to continue in tech. Is there anything that you do to help youth understand what it's like in IT as a woman?

KW: I'm involved in several initiatives. The first one that comes to mind is a global competition called Tech Innovation. There are different chapters in different cities, and I lead the Georgia chapter in Atlanta. We target middle school and high school girls and expose them to technology. We challenge them to solve a problem in their local community by building a mobile app.

We take them through the process of brainstorming different ideas, prototyping, and then building an application. At the end of this competition, they pitch their app idea, and we then write a business plan. The winning team walks away with a cash prize. It's an amazing program. It's free for the girls involved, and it's a great way to expose students to technology.

KZ: As the years go on, do you see more girls competing?

KW: Each year we continue to grow. I have an 11-year-old daughter, and she already calls herself a computer programmer. I love it, and it's one reason why I'm passionate about moving the needle in diversity so that when my daughter enters the workforce, what she sees and what she experiences will be better than my experiences.

I also work with the New York Academy of Sciences. They have a mentoring program called Next Scholars, and they mainly target women in college, which is helping prepare women for the workforce.

I'm also a mentor with an organization called WEST, and that stands for Women Entering and Staying in Tech. And through that program, I'm able to work with early career women who are already in corporate America.

I try to work with women at all stages, from middle school to corporate America.

Kesha Williams is an award-winning software engineering manager with over 20 years' experience. She has trained and mentored thousands of software developers in the United States, Europe, and Asia, while teaching at the university level. She routinely leads innovation teams in proving out emerging technologies and shares her learnings at conferences around the globe. In her spare time, she leads the Georgia chapter of Technovation, writes news for InfoQ, authors video courses, and mentors women in tech.

Kara Zone is a professional writer, editor, and graphic designer. She is the managing editor of WITI.com and enjoys working remotely. She is a critical thinker and builds departmental systems for companies to use when structuring organizational systems.