Eye in the Sky: Earth's First Glimpse of a Black Hole 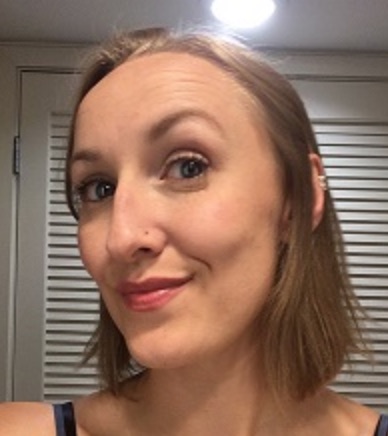 At first, the tug was felt by a few mathematicians revealing new knowledge of gravity, time, and space by extrapolating on Einstein's theory of relativity. But in the century since Einstein first posited the concept of black holes, Earth's collective fascination with this phenomenon snowballed. It's as if we are as inexorably drawn to black holes as the space dust circling their dense and hungry hearts. Black holes are the center of countless scientific studies, science-fiction movies, and pop culture tropes. Their raw power is such a commonplace concept, it is easy to forget how elusive and mysterious they are. Despite ancillary proof of their existence since 1971&#8212and countless CGI renderings—no one had ever laid eyes on one of these insatiable ghosts.

On Wednesday, April 10, 2019, the first ever picture of a black hole was unveiled, and the world was not disappointed. It looks like the fiery eye of a monstrous beast. The greedy, pitch-black maw at the center is wreathed in cosmic matter spiraling so fast that it blazes with orange light. The event horizon—the boundary at which light enters the black hole and cannot escape—is distinct and glorious.

The image of this supermassive black hole was difficult to capture. Supermassives are the largest of all black hole types, and this one has the mass of 6.5 billion suns. It is also a whopping 58 million light years away from Earth. This undertaking required the coordinated effort of eight telescopes scattered around the globe, 200 scientists, and two years to assemble the collective snaps into one stunning image.

Scientists have been unable to capture an image of a black hole for decades. It was largely considered an impossible endeavor. What changed to make this feat possible? Photo Source: The Next Web

The catalyst was a 29-year-old computer scientist named Katie Bouman. Katie began developing the ground-breaking algorithm that made this possible as a graduate student at MIT in 2016. She led the remarkable team who created the program that could process the massive amounts of raw data that made up the image—many millions of gigabytes.

One cannot help but wonder what the manifold potential applications of Bouman's algorithm are for the future of data processing. As thought-provoking as this idea is, the far-reaching implications of this event are more than what one person's mind is capable of creating. The important takeaway here is what we as the human race are capable of when we collaborate for the greater good. Perhaps we are ending our fiercely-competitive national space races of the past, and beginning the exploration of space as the Earth, unified and in awe.

Julia Opre is a staff writer and head of project development on WITI's editorial team. She graduated from Youngstown State University with BAs in anthropology and in religious studies. She is a creative thinker who enjoys hiking, solving puzzles, and knitting in her spare time.