The Intricacies of Intrapreneurs 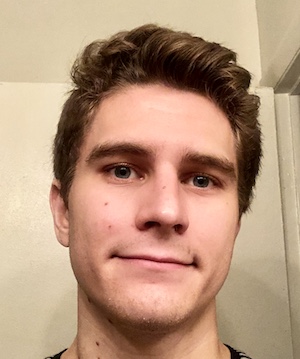 Successfulmeeting.com defines Intrapreneurs as entrepreneurial individuals who operate within an established business instead of striking out to start their own. These Intrapreneurs take an idea and transform it into a profitable outlet or invention for the company they work for, and in return receive acknowledgment and potential compensation from the corporation. The term's first media use was in a 1985 TIME magazine article titled "Here come the Intrapreneurs." Intrapreneurship is a way for a person to pioneer a particular idea, and yet still possess the comfort of being safely employed under a big company. The most significant difference between intrapreneurs and entrepreneurs lies in their independence and ultimate goals. Intrapreneurs will usually already be associated with or employed by a large company. Entrepreneurs, on the other hand, will seek out their own ventures. They wish to start from the ground up and make their own organization, rather than contribute and benefit a preexisting one. While both types create a sense of free and intelligent thinking, intrapreneurs and entrepreneurs walk different roads.

There is a sense of unpredictability when it comes to intrapreneurs. They are known for thinking outside the box and challenging pre-existing conventions of how something works. Because intrapreneurs are, in a sense, rebellious, they are not always tied down to the company policies and culture. They are often met with resistance and feel the need to move employment. Companies face the challenge in keeping their valuable intrapreneurs. It's important for a company to help these innovative thinkers grow and operate in a proactive space. They must have the necessary resources and work environment in order for them to create.

Every great idea on paper won't always transform into a game changing invention. There are a lot more failure stories than success stories when it comes to intrapreneurs but when their ideas are good and nurtured the success can be enormous. There are many standouts that showcase the importance of intrapreneurs and their determination. Ken Kutaragi was a junior employee at Sony. He spent hours thinking and toying with his daughters' Nintendo, wanting to make it more user friendly and powerful. He later created a worldwide renowned brand, the Sony PlayStation. Some people thought this was a flop and that Kutaragi had wasted his time. The idea was eventually green lit, and the PlayStation was an enormous success.

Intrapreneurship has its benefits and downsides. The safety of a company offers resources but not often freedom. Those who seek to better a company will strive for greatness and new ideas, but it's not always the best means of pushing for innovation. Not every new invention will be as impactful as the PlayStation. Some intrapreneurs will slingshot a company to great heights, and others will be lost in the fold. Intrapreneurs are a special breed of employee that have the potential for a massive upside to the company.