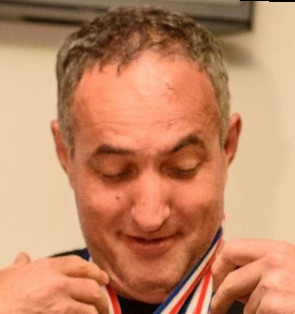 It's a well-known fact that the world of tech is woefully male-dominated. With women accounting for approximately 20 percent of IT jobs in the U.S. and just 16.8 percent in the U.K., as well as holding just 5.4 percent of CEO positions at S&P 500 companies, a severe gender imbalance cannot be denied.

This may be explained by gender bias in recruiting, as seen with Amazon's recruiting AI that was found to unfairly focus on male applicants. Additionally, women in tech are repeatedly refused promotion, often underpaid, and treated unfairly over maternity leave issues.

Even so, the imbalance seems to go back further -- the gender disparity for computer science courses at the university level is one of the highest, with just 17 percent of female students. Gender stereotyping at an earlier age may be the cause, though with recent developments in education this could be undergoing a change for new generations.

There are a number of initiatives that have been set up to redress the gender inequality of the IT world, such as the Technology Playmaker Awards from Booking.com that celebrates successful women in the industry, or the Supermums program from Salesforce aimed at empowering working mothers.

The onus is on the tech industry to encourage the engagement of women so that large tech firms and dedicated IT support services will attract more female job applicants. One way of doing this is by looking to the women who have changed the industry by breaking conventions.

Sheryl Sandberg
A great leader in tech, Sandberg has risen to the highest positions in the industry, including Vice President of Global Online Sales and Operations for Google, where she worked on the development of AdWords and AdSense, as well as charitable projects for Google.org. As of 2008, she has been Chief Operating Officer (COO) of Facebook, as well as Facebook's first female board member.

On top of these accomplishments, she is a champion of gender equality, offering inspiration to women by authoring books such as Lean In: Women, Work and the Will to Lead, giving TedTalks such as Why We Have Too Few Women Leaders, and launching campaigns.

Raida Perlman
Raida Perlman is credited with being one of the programmers and engineers who made the internet possible. While working for Digital Equipment Corporation in 1984, she created an algorithm that became Spanning Tree Protocol (STP) -- a network protocol for ethernet networks that deals with errors in network bridges -- before switches were created.

This was a breakthrough in internet routing that earned Perlman a place in the National Inventors Hall of Fame, as well as the Internet Hall of Fame. Furthermore, she has over 100 issued patents, written books on networking, teaches computing courses at leading American Universities and is a popular keynote speaker.

Martha Lane Fox
In 1998, Martha Lane Fox co-founded online travel company Lastminite.com, which was valued at £571 million just two years later. She represented the U.K. as a Digital Champion, promoting the benefits of an inclusive digital society, launching the government digital service, gov.uk, among other digital campaigns. For her services to the government, she was awarded a CBE in 2013 and became the youngest female member of the House of Lords. She campaigns for women's rights, human rights and social justice.

Marissa Mayer
When Marissa Mayer joined Google in 1999, she was only the twentieth employee and the first female employee. It may have been this early start that gave her the opportunity to lead in the company, as she made a number of pioneering achievements with the tech giant. These include the development of various Google products, such as Search, AdWords, Images, News, Maps, Product Search, iGoogle and GMail.

In 2012, she became CEO of Yahoo!, later starting her own AI company, Lumi Labs, in 2017. In addition to numerous awards and achievements, she is an advanced coder. While CEO of Yahoo!, she altered the company's maternity leave policy to allow more time for parents, as well as a cash bonus.

Susan Wojcicki
Another early member of Google, Susan Wojcicki joined the company in 1999 as Marketing Manager. She worked on marketing campaigns that included the first Google Doodles, as well as working on Books, Images, AdSense, AdWords and Analytics.

In 2014, she became CEO of YouTube and was listed in Time Magazine's 100 Most Influential People. In the following years, she was also ranked in the top ten Most Powerful Women in both Forbes and Fortune magazine. She has campaigned for paid family leave and against gender discrimination in tech firms.

Kathryn Parsons
Along with three co-founders, Kathryn Parsons launched Decoded, and currently serves as co-CEO. The digital learning company aims to spread digital literacy and promises to teach beginners to build an app in one day. The company now hosts masterclasses in 85 cities worldwide and reaches hundreds of thousands of people, both face-to-face and online.

Parsons is a champion of gender equality in the tech world, receiving various awards and accolades, including Marie Claire's Women at the Top for top tech pioneer and Fifty Most Inspiring Women in European Tech. She was also appointed MBE in 2017.

The IT industry is particularly noted for its gender imbalance; however, as technology is subject to changes and advancements from one day to the next, so too are the cultural aspects of the field. By looking at the above examples we can clearly see women have emerged as influential leaders in a male culture, and this is a trend that will surely continue as more traditional and chauvinistic attitudes die out. Equality may not be here yet, but with the right attitude it will be yours very soon.

Roy Castleman is the founder and managing director of Prosyn Ltd. (PROfessional SYNergy), a London-based IT support organization focusing on small and medium-sized businesses. An experienced consultant in disaster recovery, he has accreditation with such companies as Microsoft, HP, and Cisco.