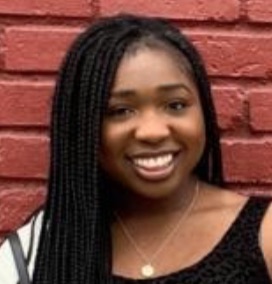 If we, being women, are unable to adequately support each other, who will?

Feminism is defined as the advocacy of women's rights on the basis of the equality of the sexes. Our ability to uplift others says a lot about us. It says a lot about how we feel about ourselves. It says a lot about the way we value others around us and it showcases where our security lies. Uplifting others does not diminish our evident talent and success. Rather, uplifting and genuinely wanting the best for others often leads to more personal success for us because we no longer see others as a threat and we then become more concerned with pushing agendas that may not always directly benefit us individually.

Society and culture loves to see women pit themselves against each another. Oftentimes it can be very entertaining, and don't we all love to be entertained. However, only when we women learn the true value of letting go of unnecessary comparison, jealousy towards another woman's success, and the troublesome desire to tear others down will our voices be amplified and recognized by vaster audiences. Focusing our energy towards collaborating, helping, and giving back to individuals that really need some assistance is an essential step towards equality for all sexes, race, and gender.

Women who are deemed Karens often are not born with the name Karen. Karens ask to speak to the manager. Karens always find something to complain about because in Karens's minds they are the victim. To Karen the solution to other people's problems is an inconvenience to her even when Karen is unaffected by the problems experienced by these individuals. While Karens existed before 2020, the Karens of the world have been a bit more unhinged following two major events: the coronavirus pandemic-mandated protocols such as six-feet social distancing and the stay-at-home orders established world-wide, and the rebirth of a new civil rights movement following the tragic murder of Geroge Floyd, an African-American male, by the white law enforcement police officer Derek Chauvin.

On May 21, 2020 Lana Del Ray (also known as Karen) openly bashed other incredible, high profile females on her Instagram. Her post posed a question to the culture, which states,

“Now that Doja Cat, Ariana, Camila, Cardi B, Kehlani, and Nicki Minaj, and Beyonce have had number ones with songs about being sexy, wearing no clothes, f***ing, cheating etc. -- can I please go back to singing about being embodied, feeling beautiful by being in love even if the relationship is not perfect, or dancing for money- or whatever I want -- without being crucified or saying that I'm glamorizing abuse??????”.

The post further goes on with Lana calling herself a glamorous person who feels attacked by outsiders for deciding to continue to exist in an emotional, “non-abusive” relationship.

Not only did she name-drop prominent, successful women in the music industry, which is completely anti the idea of women supporting other women, but many of the women she mentioned are women of color with vastly different life experiences, tasked with overcoming a multitude of environmental traumas that Lana, a white American female, will never understand and/or experience. It was insensitive for her to not consider how others reading her post would perceive her message, and with her large, predominantly white audience, Lana is setting a tone for what other white women may also start to think is acceptable behavior. It is also very worrisome that Lana, a female artist existing in an industry that often objectifies and exploits/reduces a woman's worth to what they offer body-wise, would then choose to reduce other women to that same unimportant factor. Moreover, the question she poses could easily come across as her questioning the right for the women mentioned in her post to exist in the music industry, discrediting their extreme talent and their ability to make a name for themselves in that highly competitive field. Ultimately, her post speaks to her character, further proving why as women we must desire and actively decide to channel our energy to uplift other females within and outside the industries and spaces we occupy.

Instead of Lana admiring these women's bravery for using their platforms to explore and celebrate their sexuality, she decided to feed into the common objectification of female bodies the music industry so often perpetuates. Instead of standing with these women for their bravery and transparency to their audience and fans about their relational issues -- issues they could easily choose to keep private -- Lana decides to mock them for their “problematic” relationships, suggesting that the message these women are presenting is only furthering the idea that as women we should desire problematic, abusive, submissive relationships. Lana is a Karen with an undeserved platform. In typical Karen fashion she used her voice to tear down minorities, and worst of all, sees no issue in her problematic actions. As the Karen she is, she thrives on being seen as a victim, a victim in society and in her personal life. Karens are “soft, deleciate beings” who are “overshadowed” by more dominant, sexually liberated women. While Lana longed to be seen and recognized, she lives off the pity of others, painting others as the problem in her life to avoid looking in the mirror and acknowledging that the problem lies within herself.

Following that very controversial post, Lana received immense backlash, and thus decided to write a response, a response that never included an apology. There was no apology for tearing down other women, for reducing these incredible women to their body by overlooking their phenomenal talent; there was no apology for being a poor role model, for refusing to support and uplift other women in a world that is already so divided on a number of issues that should not have to be questioned or argued about, but I guess her “Karen” agenda was simply more important.

So while we cannot stop people from being a Karen, on July 7, 2020 the CAREN Act was enacted and amended into San Francisco's state law. The CAREN Act prohibits Karens from making racially biased 911 calls; such calls are now illegal. CAREN is an acronym that stands for Caution Against Racially Exploitative Non-Emergencies.

While the Karen action described and analyzed in this article did not involve a racially biased/charged police call, Lana's actions impacted others' perception of not only her but the lives of those that were mentioned in her post.

While we are unable to reverse actions of the past, newly established laws such as the CAREN Act aim to ensure that minorities are seen and recognized as equal to white privileged individuals.

It is extremely important to recognize our role in pre-existing stereotypes. While it may seem lighthearted to paint Lana del Ray as a Karen, Lana's actions were completely unacceptable and must be addressed. Racial and gender equality -- equality for all people, period -- is something that oftentimes seems like a never-ending battle because it is a conversation that always needs and continues to happen. There are so many evident factors and stumbling blocks in the way of a minority's success. Taking time to support diversity, especially considering the current climate and state of present-day America, is essential for social, cultural, and political change.

Resources that can Help:

Read I'm Still Here: Black Dignity in a World Made for Whiteness by Austin Channing Brown

Read Men We Reaped: A Memoir by Jesmyn Ward