In the Wake of COVID-19, Several Companies Are Being Told to #PayUp 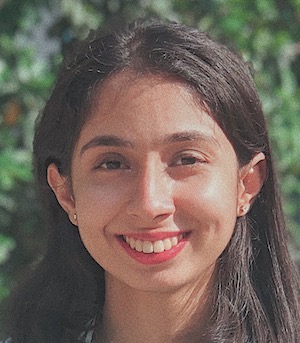 As the pandemic looms over the resulting global economic crisis, several brands' ethical violations are being called out, with demands to pay workers who have been unpaid for months.

Brands such as American Eagle Outfitters, Primark, Bestseller, C&A, Kohls, Tesco, VF Corporation, Walmart, Kylie Jenner's name brand, Nike and GAP are facing social media backlash for refusing to pay their workers for months on end in the middle of the COVID-19 crisis.

The #PayUp campaign was started by the non-profit organization Remake on March 30, 2020, to urge companies to do right by their employees.

Several companies, including luxury fashion company SemSem, have been canceling orders without compensating their workers for their labor.

One of many complaints sent to Remake reads:

Our company produced embroidery work for SEMSEM LLC, It's a high end luxury brand in the USA. The owner is Abeer Al Otaiba, supposedly a philanthropist and doing charity work. Two styles were produced with them. One was delivered before the lockdown. The second style could not make delivery as the US imposed lockdown. They refused to pay the invoice for both styles saying their clients NET-A-PORTER have canceled orders and there is nothing they can do to pay us and refused to accept delivery of the 2nd style. We ask they respect their orders! They do charity work when they can't even pay their suppliers what they are due!!!! It's a shame.

The campaign, which has garnered a lot of attention on social media, launched a Change.org petition that has over 200,000 signatures as of July 29, 2020.

According to Vogue.com, "the campaign has unlocked around $1 billion in Bangladesh and $15 billion globally, which accounts for over one-third of the $40 billion worth of wages owed to garment workers at the beginning of the Covid-19 crisis."

While some companies, including Zara, H&M and Nike, have paid their workers after intense social media pressure, others have released statements ensuring consumers that their workers will be paid in the near future.

This is far from the first time that some of these companies have been held accountable for ethical violations.

In 2017, Zara sparked alarm when customers in Turkey found notes hidden in their purchases from workers exposing the disparate working conditions they were subjected to.

"I made this item you are going to buy, but I didn't get paid for it," one note read.

At the time, Inditex, the company that owns Zara and other retail brands such as Mango, released a statement saying that a hardship fund would be provided to workers.

"This hardship fund would cover unpaid wages, notice indemnity, unused vacation and severance payments of workers that were employed at the time of the sudden shutdown of their factory in July 2016. We are committed to finding a swift solution for all of those impacted."

Several companies affiliated with celebrities, including Kylie Jenner (whose net worth is $900 million), are also featured on the Remake list.

Jenner was announced to be the planet's youngest self-made billionaire by Forbes in 2019. However, in an updated calculation of her assets, Forbes announced that Jenner was no longer a billionaire, with questions arising over her tax returns and possible inflation of assets.

Kylie and Kendall Jenner's clothing brand issued a statement on Instagram on July 3, 2020: "We would like to address the unfortunate and incorrect rumor that Global Brands Group owns the Kendall + Kylie brand and that we have neglected to pay factory workers in Bangladesh as a result of the COVID-19 pandemic," the statement said. "This is untrue, the Kendall + Kylie brand is owned by 3072541 Canada Inc., not GBG. The brand has worked with CAA-GBG in the past in a sales and business development capacity only, but we do not currently have any relationship at all with GBG."

According to Remake, GBG was the company accused of not paying their workers, and since the release of the statement, Kendall + Kylie's logo has been removed from the GBG website.

Rapper Cardi B has also been getting flack for her partnership with retail company Fashion Nova, which withdrew contracts from Los Angeles-based garment workers. This resulted in 50,000 women facing unemployment and having no source of income. Many of these women are also ineligible for government aid due to their immigration status.

Aarushi Sharma is a student at New York University pursuing degrees in Media, Culture, and Communications, and Politics. She has previously been a news reporter for Washington Square News, the largest independent college newspaper, and WNYU 89.1 FM. She is interested in public policy research and prison reform.