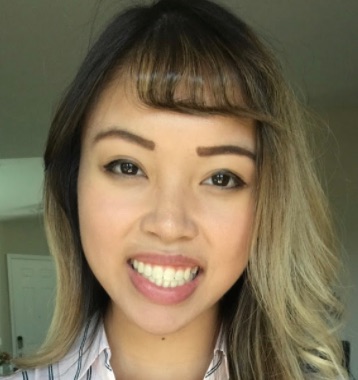 There is no doubt 2020 has exposed major issues beyond the social and political implications we witness. Mother Nature has been facing trials that have been buried beneath the rush of daily events. Among them, record-breaking wildfires have blocked out the sun in California, Canada's last intact ice shelf is collapsing, China is experiencing the worst floods in decades, and the climate crisis is causing tropical storms to increase in severity and frequency.

Many environmentalists have long been denouncing the air pollution, the deforestation, and other harmful effects of man's action on our ecosystem, and now we can see the escalation of this situation. As environmentalists are escalating these issues, feminists are escalating the gender gap as well. Both are relevant to each other and are linked together.Women that are engaging in the fight for the eradication of patriarchy is significant because behind the discrimination of gender is also the discrimination of species: humans find themselves superior to species as a whole as it appears men being superior to women as a whole.

What catalyzes the inclusion of the environmental struggle by feminism is how both women and nature are treated. Both are treated from the same theme:patriarchal domination. This works from divisions of hierarchical values: matter and spirit, city and nature, white and black, men and women. These are examples of symmetries that demonstrate the relationship of superiority and inferiority recognized by hegemonic thinking. In a materialistic society, we find things and objects to have more value than spirituality. With urban expansion, we care less about our ecological footprint. With social unjust, there is still racial discrimination. Finally, there is the existing gender gap lingering with women appearing as inferior in society.

For ecofeminists, the discrimination suffered by women stems from the fact that we are closer to, or a bigger part of, nature, a perspective driven by the female reproductive function and the traditional domestic roles of being the caretaker. Between these two forms of domination and the impact that one has over another, ecofeminism highlights how climate and environmental change affect society disproportionately, reaching marginalized groups, especially women, more profoundly, since they tend to be poorer, dependent on subsistence agriculture and have the role of the caretaker of the family. As a result, there is a high probability that people who are sick because of pollution, for example, will be in the care of a woman, raising the unstable living conditions that many already have. The realization that women are the most affected by the capitalist patriarchy system and the consequent abuse of the environment is another attribute for fusing both the struggle for nature and the feminist struggle together.

It's equally important to consider the domination that also occurs with animals. For vegetarian ecofeminists, the same system imposes mechanisms of cruel exploitation on animals, so that they no longer are identified as living beings, but pieces of meat. As women who most often take over the kitchen and cleanliness at home, they are also the ones who end up manipulating the product of an agricultural industry that is equally exploitative and responsible for the contamination of meats, by using hormones and substances harmful to our health: this is how a spiteful cycle is formed with incessant domination and inequality between animals, women, and nature.

From a different angle, let us look at those who live in big cities since they are more distant from nature. The effects of domination and oppression here are usually lessened, but they exist and injure us indirectly more or less. Therefore, it's equally important that women of different backgrounds and lower class people become protagonists in the debate, primarily through the occupation of more seats in politics, so urgent issues of the social-ecological agenda can be addressed consciously.

Improvements in gender equality could have a positive effect on social and environmental health, but if not managed properly, environmental projects can actually provoke gender inequality. This is a connection we must consider when working within environmental and sustainable developments.Negligence to different needs and priorities of men and women and the discrepancies between them when it comes to rights and natural resources is a barrier to reaching social-ecological objectives. Without proactively recognizing and addressing relevant gender issues, environmental projects have the potential to not only continue disparities but enlarge the gap between men and women.

Continued attacks from the presidency on environmental protections, including the Paris Agreement, have severe repercussions for people everywhere. It is important for us to act and unite with groups that have led the way in combating environmental injustices. We need to reflect the type of persevering commitment that indigenous groups, women, and environmental advocates alike have demonstrated. Most of all, we need to recognize that women's rights and environmental activism share common goals that benefit each other to create what we know today as ecofeminism. Advocating environmental initiatives is also advocating for feminist initiatives. By going green, we are not only focusing on extinguishing the gender gap, but also investing in the healthy continuation of humanity.

Join The WITI December Summit to discuss ecofeminism and more.