Series: The Matilda Effect - An Observation of the 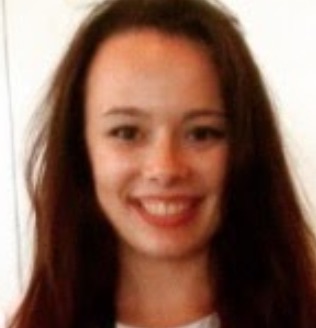 What is "the Matilda effect"?

Margaret Rossiter, a historian of science and professor at Cornell, coined the phrase "the Matilda effect" as a way to explain the absence of women scientists receiving apt credit for their work and contributions to the field. Whether these women were ignored, miscredited, or dropped entirely from view, this phrase expresses the idea of gender bias in the sciences.

Rossiter expanded upon the well-known phrase, "the Matthew effect", which is used to describe the phenomenon of people, typically men, at the top of the scientific community who find themselves credited for others' work; however, at the time, there was no vocabulary to describe the absence of "those other have-nots" of the scientific community, who were (and are?) largely women.

The "Matthew effect" is essentially an "accumulation of advantage" and is akin to the phrase "the rich get richer while the poor get poorer." Those who are lauded in the history books often had reputations that preceded them - they had charisma, they often held positions at respectable institutions, and they developed lasting roots and connections with current and future contributors to the field.

The Woman Who Inspired the Phrase

Matilda Gage, a suffragist and author living in New York in the mid to late 1800's, was one of the first known women to both experience and describe this phenomenon.

Matilda Gage grew up in a household with an abolitionist father and, reportedly, their home was a stop along the Underground Railroad. Fast forward to 1852, where Gage first publicly spoke at the National Women's Rights Convention in Syracuse, NY. Later, she co-founded, along with Elizabeth Cady Stanton and Susan B. Anthony, the National Woman Suffrage Association (NWSA).

She wrote a number of pieces for the NWSA and co-authored, with Stanton, the "Declaration of Rights of Women in the United States" and the first three volumes of Women in History with both Stanton and Susan B. Anthony.

Gage later left the NWSA to found the Woman's National Liberal Union (WNLU). This group criticized organized Christianity, as they believed its teachings participated in the devaluing of women, a viewpoint she addresses in her book Woman, Church and State.

In 1871, she organized a group of women to vote in her hometown of Fayetteville, NY - they were protesting the hypocrisy of depicting liberty as a woman while denying women their right to cast a vote.

That same year, she was honorarily adopted into the Wolf Clan of the Mohawk Nation of the Iroquois due to her outspoken advocacy for Native American rights. There, she was able to be a part of a decision-making body, and in a space where women held positions of political power, this must have been a formative experience for her.

This is a compact telling of a story about a woman who was a radicalist in her time and made great contributions to the furthering of women in America - she voiced and authored her observations about the way in which women's contributions often profited the men around them, while women received little credit or furtherance of their careers. However, history and textbooks rarely identify or credit Matilda Gage, and it seems her name has been lost, in a sense, from mainstream history - it is for this reason that Margaret Rossiter named it "the Matilda effect".

The next article in this series will take a closer look at the current research regarding the Matilda effect and gender bias in the sciences.

1) Jones, Josh. "“The Matilda Effect”: How Pioneering Women Scientists Have Been Denied Recognition And Written Out Of Science History". Open Culture, https://www.openculture.com/2018/08/the-matilda-effect.html.