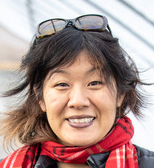 Both agriculture and technology have a long history in California but until recently have rarely intersected.

Technology is focused on disruption and innovation, while much of agriculture is still managed with clipboards and pencils. A commonality is that women and individuals with diverse cultural and ethnic backgrounds have historically been underrepresented in both industries. Now, a new generation of start-ups led by women of diverse backgrounds is seeking to use innovative technology to provide novel perspectives and solutions to agriculture's problems.

From Farms to Incubators is a collection of visual and written portraits of women leaders and innovators in the growing sector that combines agriculture and innovation known as agtech. Most of the women profiled in this book are based in or have professional connections with California, which leads the United States in agricultural production. The state's ag sector is a $50 billion industry that produces over four hundred commodities.1

This book documents the stories of these women in their own words and through photos provided by the women and a select group of photographers in California who lent their talent to this special project. In the chapters to come the women share their unique journeys, including their challenges and successes.

FROM FARMS TO INCUBATORS This leads me to my journey.
I am a first-generation Chinese American and consider myself transcontinental and bicoastal. I grew up and went to school in New York; I was a history major at New York University. I have family in Hong Kong, where I lived and worked in the 1990s and 2000s. Much of my extended family live in California, where I was based and worked for a number of years. I've been a writer and journalist for twenty-five years and counting.

My passion to unearth underreported stories and amplify new voices is what led me to highlight the stories of emerging communities in agriculture. In recent years my focus has been on telling the stories of women leaders and innovators in agtech. This includes all technology invented to help farmers be more efficient in their work and to increase yield and cut costs. I became interested in this topic when I was a newspaper reporter in Salinas, beginning in 2016, and my beat was agriculture and local government. In my wildest dreams I could not imagine that my journey to Salinas would lead me to making a film and writing a book about women in agtech.

The Salinas Valley serves as the backdrop for much of the book and offers a unique lens for sharing the stories of these amazing women. In the Salinas Valley, agriculture is a $9 billion industry, and over 80% of the country's leafy greens are grown in the region (hence the City of Salinas's apt moniker the salad bowl of the world.

By the time I arrived in early 2016, Salinas had already spent several years focused on boosting the agtech sector. The Western Growers Center for Innovation and Technology, a business space and accelerator for agtech start-ups, had launched in 2015, and the city hosted the Forbes AgTech Summit a year later.

At the same time, as a woman and a person of color, I noticed there were not many women, especially women who looked like me, at agriculture-centric meetings and events. I started to ask, "How many minority women entrepreneurs are there in agtech here? Do you know of any minority women entrepreneurs in agtech?" I was met with a lot of silence and nervous laughs. At one conference in Silicon Valley someone responded to my question with "You're looking for a unicorn, aren't you." They were referring to a business term pointing to a start-up valued at over $1 billion, a rarity just like the mythical animal.

I didn't know if there were any women who fit the bill, in fact, but I responded to a callout for stories about minority women business owners by the International Center for Journalists (ICFJ). I was awarded a grant in 2016, and slowly I uncovered one story after another of women innovators in agtech. That grant fueled a series of profiles that were first published in the Salinas Californian and in the award-winning documentary From Farms to Incubators: Telling the Stories of Minority Women Entrepreneurs in Agtech in the Salinas Valley and Beyond. A second grant in 2017 from the International Media Women's Foundation helped expand that documentary.

The documentary has been screened at dozens of venues, including SXSW, Techonomy, and EcoFarm, and served as a critical vehicle in launching a discussion about the role of women, especially women of color, in this next chapter of agriculture. I've now led and organized dozens of screenings and panels where we watch the film and hold a discussion with women entrepreneurs in the agtech space.

I became increasingly fascinated with the stories of minorities and women who are transforming the agriculture scene with technology. Agriculture, as I'd learned after all, is much more than tractors and overalls. It is a world of tremendous opportunity that includes science, research, marketing, and innovation. Going forward, it will require a workforce adept with a new set of skills and a knowledge-based economy.

I have discovered dozens upon dozens of women innovators in agtech, not only in California but globally. They are tackling some of the biggest challenges that farmers face: severe labor short ages, limited water and land supplies, and the pressure to feed what is forecasted to be close to 10 billion people globally in 2050.

Four years later, From Farms to Incubators has grown from a series of stories into an initiative, a combination of storytelling and advocacy. The journey has taught me that there is great power in telling peoples' stories. By sharing and highlighting those stories, we give them a voice, we uplift new voices, and we fill in the gaps of what will someday be history.

From Farms to Incubators: Women Innovators Revolutionizing How Our Food Is Grown uses the power of storytelling to increase awareness and also hopefully ignite an engaging discussion over the various factors that are causing shifts in our food systems. Ultimately, I hope the book serves as a vehicle for inspiring youth - especially those from rural or underserved communities - to consider that agriculture extends far beyond tractors and overalls. It is a sector that offers an amazing range of opportunities and involves exciting and innovative technologies in the fields of software, hardware, drones, artificial intelligence, sensors, data analytics, blockchain, and robotics.

By sharing the stories of women leaders and innovators in agtech, especially women of color, I hope to ignite the "can-do" spirit in more women, especially younger women, so that they will launch their own enterprises in agtech, agbio, and foodtech.

As Miku Jha, founder and CEO in AgShift, says in the From Farms to Incubators documentary, "It has to start early on. My daughter is ten years old and she's already sold into agriculture, and she's extremely fascinated. I took her to certain farms and she has been seeing what I want to do. She asks me what is it that I'm doing, and when I share that with her, she has that spark in her eyes."

Although the chapters that follow spotlight innovation and how technologies are helping growers, it is the individual stories of the women, their personal journeys, their struggles, and why and how they continue to pursue their dreams that make up the heart of this book.

This book is a snapshot of a moment in time. Fifty years from now a young woman may pick it up, read the portraits and look at the profiles, and marvel at what the landscape was like. Hopefully, they and their daughters and generations after them will celebrate these stories as a part of the long history of agriculture and technology and remember the women who were pioneers in their own right.

- Amy Wu, August 2020
The information for this book was gathered from 2016 through 2020. For up-to-date news on the people profiled herein, please visit www.farmstoincubators.com.