Drones in your cornfield: coming face-to-face with agtech industry trends 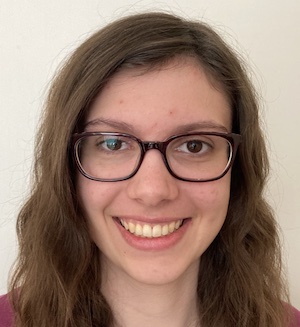 In coming years, grocery stores may line their produce shelves with fruits and vegetables raised by drones.

By ensuring deliberation in crop irrigation, drones combat water shortages in a way no other farming equipment can accomplish. In fact, agricultural journalist and activist Amy Wu claims drones hold a twofold role, both in spraying crops with water and overseeing the condition of crops' cultivation.

Who initiates these sorts of innovations? Underrepresented demographics, especially those confronted by cultural and financial opposition, predominantly shoulder the responsibility, according to Wu.

In Wu's words, a "new generation of start-ups, led by minority women, is seeking to solve agriculture's problems with tech innovation," spearheading the agricultural technology industry, which is commonly known as agtech.

Agtech is a valuable asset for specialized, progressive markets such as the country of Singapore, whose assortment of "universities, innovation, and technology" is ripe with opportunities, according to Wu. "I think the progress with keeping up with the trends and the innovation space is very fast-growing." The most in-demand of these trends, according to Wu, are "soil testing, automation and robotics."

Remarking that recent agtech expansions and investments were unthreatened by the COVID-19 pandemic, Wu listed evidence of global market growth: "In May 2020, Apeel Sciences, a Santa Barbara-based company that's developing technology to extend the freshness of produce, raised $250 million."

Wu claimed more prevalent companies pitched in as well, naming Microsoft as a pivotal player in small-farm modernization. One state-of-the-art procedure, described by Wu as "data-driven farming for precision agriculture," maximizes the benefits of monitoring and preserving agricultural benefits. According to Wu's explanation, the implementation of cloud platforms, such as the Microsoft-backed Azure FarmBeats, allows farmers to gather information on crop conditions via "sources including satellites, sensors and drones."

In Wu's eyes, this technology comes at an opportune time, as farmers and agriculturists face "continued pressure" to supply the planet's populations with adequate food.

Because of their costly, labor-intensive nature, agricultural operations lack adequate involvement and concern, especially from younger generations. Due to the industry's aging batch of workers, shortages in labor pose threats to the future of agriculture, along with shortages in arable land. While acknowledging that the loss of water sources comprises a central effect of climate change, Wu prompted agtech professionals to acknowledge another urgent, crippling concern - the loss of soil health. Wu mentioned a rise in development of practical soil-testing kits, which tangibly combat climate change, leaving farms equipped with unique methods of implementing sustainability.

Presenting a final beacon of hope for contributions to the evolution and improvement of agtech, Wu advised female technology trailblazers to embrace mutual, likeminded interdependence with women possessing similar passions and ambitions. She urged them to "seek out mentors" by keeping in touch with networking organizations - and to even consider visiting academic institutions, sharing details of entrepreneurial experiences with any prospective innovators.

"We need more leaders, which is why I continue to share the stories of women who are creating," Wu said of providing uplifting guidance and ideas. "There's a lot of things changing in the industry, so nobody should be shy about asking questions."

"It takes chutzpah to forge one's own path and to break past barriers," Wu said.