Embrace the Risk of Failure 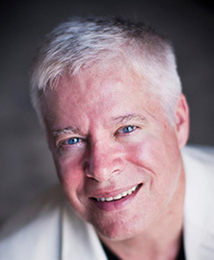 When Thomas Watson Sr., the man who built IBM into an international business powerhouse, said, “If you want to succeed quickly, double your failure rate,” he was clearly not advocating purposefully making mistakes or putting oneself in a position to fail. What he was saying was that one’s efforts are the keys to success; the more one fails, the more they try to succeed by giving themselves more opportunities.

There is no doubt that failure is painful and costly, but successful leaders always view failure as a learning process step. The mere fact that we failed at something means we were trying to make something happen. We were executing, and that is truly positive.

Leading and building a business is like being a child learning to ride a bike. To master the skill of riding a bike and learning to be a successful business leader, embrace the risk of failure, and expect to fail. It is rare that someone can expect to accomplish either of these skills without a fall or two. And just as a child gets back up from a fall when learning to ride a bike, there has to be resilience to pain and the embarrassment of failing and pushing ahead. What both child and business leader must realize is that failure is not defeat but a signal that it’s necessary to embrace two essential risks: decide that a change is necessary, and change.

Apply Watson’s reasoning to learning to ride a bike, and the meaning becomes obvious. No one can learn to ride a bike by making one attempt and quitting after falling off the first time. One must get back up, brush themself off, endure a scraped knee or elbow pain, and keep trying until there is success. Stop trying, and there will be defeat.

By expecting to fail, we accomplish two important objectives: first, we are willing to embrace risking failure by doing something to keep our dream moving forward rather than avoiding risk and doing nothing.

Second, we set the proper expectation mentally that we are planning for the best but preparing for the worst. This is not a defeatist attitude. Rather, it gives the opportunity to prepare for recovery and make another attempt.

Encourage a Culture of Failure

The traditional business mindset is to punish and penalize for failure. In a company, this breeds fear and stagnation. As people who must work for a living, we fear making a mistake, so naturally our instinct for self-preservation prevents experimentation or embracing risk. In order to truly create a dynamic success story, one must first free themself and their team from fear of failure.

Create an atmosphere where failure is accepted and viewed as a positive step toward ultimate success. When giving people the freedom to fail, one is also giving them the freedom to succeed. Encourage a culture of failure.

It is important to distinguish between the two types of failure—unproductive and productive&#8212and make sure the correct one is encouraged. Unproductive failure results from incompetence, apathy, and a lack of effort, and it should not be tolerated. This is the kind of failure that destroys. Eliminating individuals who are not sincerely striving for success or who are merely going through the motions is important in building the right culture. I discovered through conducting employee interviews that one of their biggest complaints was of fellow employees who wasted time, made too many unnecessary mistakes, and held negative attitudes. These people created a non-motivating atmosphere and adversely affected employee morale.

Productive failure is the result of positive effort. It involves failing during an attempt to create something new, to produce an innovation, or to pursue any action to move forward. This is the kind of failure to cultivate in a business. Thomas Edison failed almost 10,000 times before he perfected the incandescent light bulb. His biggest contribution to mankind may not be his 1,300-plus inventions but his philosophy on failure: “I am not discouraged, because every wrong attempt discarded is another step forward . . . Hell, there are no rules here, we’re trying to accomplish something.” Adhering to this philosophy, his research lab, known as Menlo Park, created more than 400 inventions in six years.

Give proper recognition to members on the team who have productive failures, and others will see that taking risks and embracing failure is an honorable pursuit, not something to avoid. A word of warning: while we do want to encourage risk taking and innovation, there cannot be anarchy. Having the freedom to explore also means being responsible, and there still needs to be accountability, not only to maintain order but also to have other team members learn from their peers.

Use Failure to Guide Toward Success

The irony of success is that we do not necessarily learn from it. Failure, on the other hand, has more impact because of the pain it causes. Touch a hot stove, and there is a good chance it’ll never be touched again. But win every game, and the “if it isn’t broke, don’t fix it” attitude makes it difficult to accept change. We can also become overconfident when we succeed too often, and we begin to lose focus or stop looking for ways to improve. Finally, success might lull us into a false sense of security when we fail to analyze why we are successful so that we can keep repeating whatever it is that is creating the success. In other words, when we always have success, we fail to be motivated to look for improvement.

The lessons learned from failure have the most impact, not just because of the pain suffered, but also because there is motivation by failure to find success. The idea of short-term failures leading to long-term success appears to be contradictory. But as one embarks on a journey for success, their eyes must be cast far down the road because success is a long haul.

Tom Panaggio has enjoyed a 30-year entrepreneurial career as co-founder of two successful direct marketing companies: Direct Mail Express and Response Mail Express. He is the author of The Risk Advantage: Embracing the Entrepreneur's Unexpected Edge.