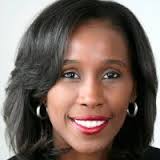 How many times have you said to yourself, "By the time I teach him/her how to do it, I could have just done it myself!" Has your spouse told you in the heat of an argument about household chores, "Well, you never ask for help anyway. You won't let anyone help you!" If these refrains sound familiar, you're not alone. It seems like such a cruel reality that while we're often frustrated and overwhelmed with an overload of work, we somewhat paradoxically resist what would seem to be an obvious solution - delegating more! The question is why do we resist delegating when we need so much help???

Although there are a few likely reasons for this, the overriding one is a simple fear that they won't complete the task sufficiently and we'll end up having to redo it later (an even scarier possibility for time sensitive tasks). I can certainly relate to it as I've felt that feeling many times myself - that nervous feeling in the pit of your stomach that keeps you up at night concerned with worry about whether the task is being done at all, how it's being done, etc. In the midst of this it's so easy to focus on the other person, but the real strides are gained by better understanding ourselves and recognizing that being able to delegate is a skill - indeed it's like a muscle that must be exercised to become strong. Indeed to improve our delegations skills, we must truly understand the root causes and underlying/long term impact of our inability to delegate effectively.

I began to discover this for myself during a recent incident at home. Seasons were changing and I was feeling a bit overwhelmed by the need to buy a new wardrobe for both of my preschoolers, pack up all the old clothes and restock their closets for the new fall/winter season. Of course this was happening at the same time that work was exploding and needed extra ordinary time and attention. During one particularly frenzied morning, I lashed out at my husband insisting that he didn't help out enough (particularly with the kids' clothes responsibilities). He immediately responded "I don't mind buying all the kid's clothes. I'll just get them from now on." Instead of feeling a sense of relief, I felt an overwhelming sense of fear and responded with brutal honesty that surprised even me - "I don't trust you to get them!" My brutal honesty in that moment jolted me and those words told me a lot about myself. Indeed, with visions of clearance priced, mismatched, irregular clothes, I didn't trust that he would buy the right sizes, styles, etc. and I was fearful at the thought of losing control over this area of my kids' lives. Most jolting for me was the fact that I'd told him that I didn't trust him. Although this was a seemingly trivial personal example, it highlighted several key issues that translate to the workplace as well:

Why Most Leaders Don't Delegate
Leader's emotional barrier to delegating: Fear
Source of fear: Fear of losing control
Impact on others: Communicates lack of trust

Many leaders can relate to this fear of losing control which may quite possibly be even more prevalent among high achievers. High achievers have extremely high standards and are used to being able to control their environment In order to control their environment there's a subtle internal pull/inertia that constantly encourages them to minimize risk and delegation introduces risk in many cases so there's a pull against that. What we must ask ourselves is this…what is this inability to relinquish control costing us?

I think the costs are quite high indeed:

The most effective leaders have developed the ability to fight this natural inertia to control their environment. I can't stress enough that "letting go" is uncomfortable and will only become more comfortable with intentional effort. Here are a few tips on how to develop your delegation muscles:

As for me and my delegation dilemma with my husband, I decided that a compromise was in order. I proposed that he buy the kids' pajamas and I would buy their school clothes. I decided to exercise Tip #1 (Start Small). Ironically, I spoke with a client recently who had a similar argument with her spouse and they came to a compromise agreement that he would buy the boys' clothes and she would buy the girls' clothes - exercising Tip #2 (Seek the Right Fit).

Delegation isn't easy. Neither is good leadership. Just remember that the best leaders aren't the ones who excel as an individual but the ones who make those around them better.