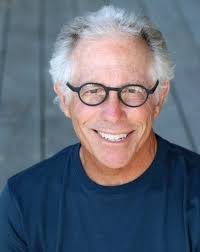 "Let me tell you what I see is happening
and why it isn't working for me." That's it. That's the phrase. And this is why you need to use it...

Most of us choose language that is either direct or indirect. Brain research reveals that direct language often generates a defensive response in competitive personalities. There are a lot of people that just don't want to be told what to do. So, if they experience your language as an order for them to follow, it triggers the fight response in their amygdala brain center. Telling people they must do this, or they have to do that, often generates resistance or fear based compliance. It's simple. Insistence triggers resistance.

Direct language can also trigger the flight response in people who perceive themselves as having low power. Low power people also don't like being told what to do. The way most low-power people maintain a sense of inner security is to adopt a passive aggressive strategy with authoritarian personalities. Indirect or passive aggressive communication is loaded with blame, excuses, claims of unfairness and victimhood. The classic response is a young teenager ordered to comply with some restriction on their freedom, then blows up in screams of angry blame and withdraws to sulk.

The "teenage response" is not limited to teenagers. In any asymmetrical relationship, where one person wields power with authoritarian insistence, the other person will find defensive ways to cope. This is true at home or at work.

Low power people, or people who are conflict-intolerant, tend to create conditions under which resentments flourish. At the extreme, these perpetual peacemakers will endure continuous psychological stress. Often their inner voice will become viciously self-critical. The terrible consequence of living or working in a condition of powerlessness is often clinical depression or self- comforting addictions ranging becoming a shopaholic, workaholic or alcoholic. In my experience, people who end up trapped in low power relationships at work or home are not intrinsically week willed.

Virtually everyone is conscious of their important values and have legitimate wants and needs. It is normal to desire autonomy and respect. Unfortunately, research reveals that people who have strong desires for belonging and interpersonal harmony use words and body language that invite strong-willed people to discount the desires of people who have a higher value for human harmony.

Research points to the root difference between people who wish to dominate, and people who wish to harmonize, is that harmonizer's have a more highly developed brain capacity for empathy. They have stronger and more complex neural networks to read people's tonal emotions, facial expressions, and words that make them highly sensitive to disapproval or conflict.

High empathizers also tend to look for ways they can help others achieve their goals rather than focus on their own. Often, they unrealistically hope for reciprocity without having to ask for it. High empathizers often create personal communication patterns that invite dominance and reduce their power. Here are some of the ways:

They spend so much time trying to help other people achieve their goals they project themselves as being need-less and want-less. This invites others to take advantage of them.

They say things like... "It seems to me that..."or..."would you consider..." or " what would you think of..." Of course there is nothing inherently wrong with using indirect language that invites others to offer their opinions, or objects to your point of views when you're dealing with lots of uncertainty. However if indirect language becomes your predominant way of communicating your preferences, opinions and recommendations, you will find yourself feeling very weak.

Ironically, high empathy people are often not very good developing others. People need feedback to grow and improve. But the anxiety of giving people needed feedback most often leads to avoidance and ultimately weakens the relationship.

Aggressive communicators also have their share of problems. Frequently they become perceived as jerks that care only about themselves and their agenda. They develop enormous blind spots that often ultimately lead to social isolation, superficial relationships, loneliness and failure.

The answer is to learn how to communicate your TRUTH with RESPECT.

Telling the truth means that you are to communicate your whole truth...even the parts of the situation that make you feel uncomfortable. No sugar coating. Telling your whole truth is the foundation of trust. All high functioning relationships are lubricated with the oil of trust.

Respect means that you stay calm and use cognitively accurate language to describe the situation, the behavior, and its consequences that you observe, rather than attacking the person's character. Respect means saying, "chronically being late to our meeting frustrates the team" rather than "you're always late because you're so disorganized and flaky."

That is why it is respectful. Language that labels the character of another person is volatile and creates instability.


Cognitively accurate language enables you to say very difficult things without generating an explosive response from others. While nothing works one hundred percent of the time with one hundred percent of people, research is clear that peoples' brains become extremely emotionally agitated when they feel attacked by unfair labels. But cognitively accurate language that describes your experience of the situation is much more likely to generate a positive discussion because it doesn't trigger emotional defenses.

The Swiss Army knife of cognitively accurate language is the phrase I opened with. I invite you to try it today. There is something going on right now in your life that involves another person's behavior that is not producing the results you expected. Perhaps you've been avoiding that difficult conversation because you "just don't want to get into it." But are you willing to live with the consequences if nothing changes? If not, it's time to try out the phrase... " Let me tell you what I see is happening and why it's not working for me"... and then describe with cognitive accuracy what you are experiencing and the impact that it's having on you. Don't sugarcoat it and don't dramatize it. Just describe it.

I urge you to try this phrase out with someone you consider reasonable. Some of you might consider this approach a bit bold because you rarely ask for what you want. If you use this phrase with people where there is already a good level of trust, I think you'll find it is very empowering. As you get used to communicating your truth with respect, you can try it out with more difficult people. However, you will find some people who are incredibly aggressive and resistant to listening to your experience of their behavior. For these people you will need to do a work-around. You'll need to figure out how to minimize your dependence on their behavior and emotional engagement.