Join Us for the 2015 WITI Hall of Fame Awards Dinner

The WITI Hall of Fame was established in 1996 to recognize, honor, and promote the outstanding contributions women make to the scientific and technological communities that improve and evolve our society. Join us Monday, June 1, 2015, as we honor key leaders in science and technology at the 20th Annual WITI Hall of Fame Awards Dinner. Click here to read the press release. 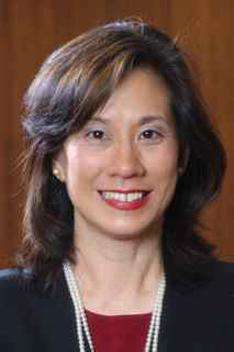 Cheemin Bo-Linn is CEO and President of Peritus Partners, Inc., a global business consulting group recognized for leading companies to market dominance and increasing valuation. She also sits on the board of directors for Violin Memory, NetLine Corporation, and other private companies. She is also a member of the WITI Advisory Board. Previously she was a Vice President at IBM, and held roles as Chief Marketing Officer, Chief Revenue Officer, and President of small to mid-size growth companies.

Dr. Bo-Linn has served on policy, investments, and industry boards including American Electronics and the Association of Corporate Growth. She was appointed to the Technology Commercialization Board of Nevada's NIREC (renewable energy) and Clean Tech and Sustainable Industries.

With "Empowering Women!" as her goal, over the last 30 years Dr. Bo-Linn has done much both to lay the foundation for young girls to choose tech careers as well as eliminate roadblocks so women can advance in their careers. Under her leadership, over $2M was quickly raised for community programs with the YWCA Silicon Valley. One successful program is TechGYRLS, aimed toward raising young women up from marginalized communities through STEM education and the promotion of STEM-focused careers. Dr. Bo-Linn has received Silicon Valley Business Journal's Women of Influence Award, YWCA's Tribute to Women in Industry Award, and was invited to speak at the United Nations on global growth. She holds a Doctorate degree from the University of Houston. 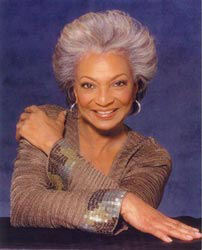 Nichelle Nichols is an American actress, singer, and voice artist. Her most famous role is that of communications officer Lieutenant Uhura aboard the USS Enterprise in the popular Star Trek television series (1966-1969), as well as the succeeding motion pictures. Ms. Nichols' Star Trek character, one of the first African-American female characters on American television not portrayed as a servant, was groundbreaking in U.S. society at the time. Civil rights leader Dr. Martin Luther King, Jr. personally praised her work on the show and asked her to remain when she was considering leaving the series. Dr. King told Ms. Nichols she was playing a vital role model for black children and young women across the country.

Ms. Nichols' public service activities have been equally worthy of note. She has served since the mid-1980s as a member of the Board of Governors of the National Space Society, and been active in the leadership of the Space Cadets of America, an organization for young people interested in space and space careers. Through her consultant firm, Women in Motion, Inc., Ms. Nichols was instrumental in the NASA Astronaut Corps' pioneering effort to break away from their all-white, all-male past; among those recruited were Dr. Sally Ride, the first American female astronaut. For her efforts and continued success, Ms. Nichols received NASA's distinguished Public Service Award.

Nichelle Nichols is also a strong supporter of President Obama's STEM initiative. She has made it clear that the performing arts serve as an attendant to STEM initiatives though inspiring young and old alike to the wonder and majesty of technical innovation and accomplishment. 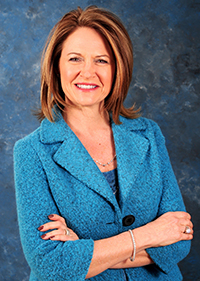 She became responsible for AT&T's Business systems as well as the Global End-User Experience in 2014, having previously served as senior vice president-Mobility and Home Solutions IT, where she oversaw IT Strategy, delivery, and production support for systems that support the consumer mobility, U-verse and IP systems, high speed internet, Advanced TV, and wholesale lines of business. Ms. Parisian oversaw the convergence of consumer and mobility systems to create one seamless customer experience across all AT&T consumer products. Earlier, as senior vice president-wireless systems and software engineering, she was responsible for aligning the wireless organizations' technology strategy with the AT&T wireless business strategy for both consumers and business customers. Her role included all wireless application software strategy, planning, design, development, and operational support, including billing and quality control.

Prior to her work with AT&T she was vice president of IT Acquisition Strategy and Planning for Cingular Wireless where she was responsible for the integration strategy between Cingular Wireless and the former AT&T Wireless. Before joining Cingular Ms. Parisian was Chief Information Officer for BellSouth Cellular. She holds a degree in Business Administration from Roane State College in Tennessee, and completed the Information Management Technology Program at Georgia Institute of Technology's DuPree School of Management. 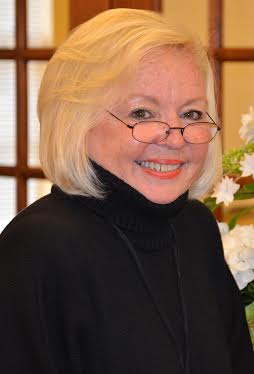 Sheryl Root is a Software Management Consulting Professor at Carnegie Mellon University Silicon Valley. She is a strategy, marketing, and product development executive with over 18 years of experience at Hewlett-Packard Company and 10 years of software systems experience and leadership in the financial and computing industries. Her strategic and program leadership experience focused on the definition and delivery of technology-based products and solutions, and her marketing operations experience has been in creating new business models, organizational structures, cost reductions, and revenue generation programs.

Ms. Root is currently President/CEO of RootAnalysis, and consults in business strategy creation and execution, program management, and marketing effectiveness for companies including HP, PeopleSoft, Santa Clara University, Novell, and Philips. Her passion is motivating and supporting young women in choosing careers in science and technology. She engages women to get involved and pay it forward. Several of the students she has mentored have gone on to successfully run their own technology firms. Ms. Root also brought together CMU, Stanford, and UCB to establish an annual gathering of women in research, to share ideas and form networks to sustain their thinking.

Ms. Root sits on several boards, including Sloan School of Business, Women in Technology International, Teach for America, and the Stanford Institute on Research in Women and Gender. She holds a Sloan MBA from Stanford University. 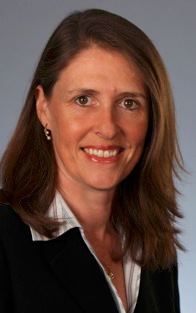 In her more than 30 years with IBM, Marie Wieck has held a variety of technical and executive roles in IBM's hardware, software, and services divisions. She is passionate about innovation from diverse teams and about building new businesses. In January 2015 she was named into her current position as General Manager of Middleware, a division responsible for the digital platform software for today's emerging enterprise workloads. Ms. Wieck leads an organization of more than 10,000 IT professionals responsible for IBM's leading offerings in application platforms, IT service management, business integration, digital experience, and process transformation.

During her career she led key technical initiatives that have influenced the IT landscape including the launch of IBM's MobileFirst business, Java, XML and web services standards, and WebSphere. Her IBM career started in Poughkeepsie, NY, doing mainframe systems architecture and performance simulation.

Ms. Wieck holds an MBA from New York University, an MS in Computer Science from Columbia University, and a BS in Engineering from The Cooper Union. She is on the board of the Anita Borg Institute and Charity Navigator; co-chair of the NAFE Roundtable, co-chair of IBM's Global Work/Life Council; and a passionate mentor and supporter of women in technology. She won the Society of Women Engineers (SWE) Work/Life Balance Award in 2005, the President's Citation from Cooper Union for her contributions to technology in 2004, and an IBM Corporate Technical Recognition Award for her work on mainframe performance.