The WITI ARTisTECH Café ™ is a nod to the Renaissance and the Parisian cafés where scientists, technologists, artists, and philosophers would meet, collaborate, and discuss new possibilities. This is part of WITI's commitment to drive innovation.

Participants will interact with an augmented reality art exhibit, learn how to creatively use augmented reality for solutions, and participate in demos and discussions with artists about working with technology to unleash creativity. 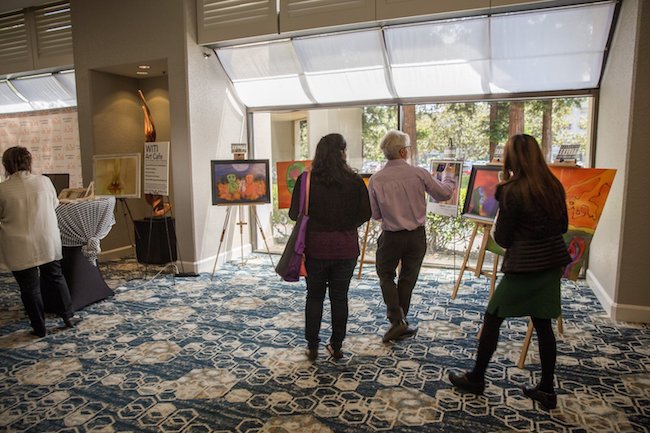 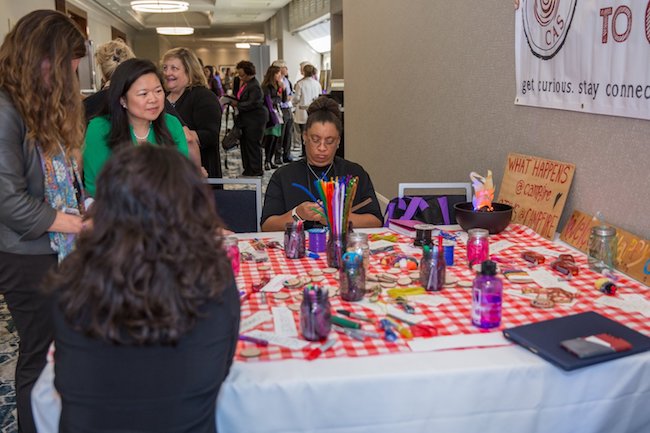 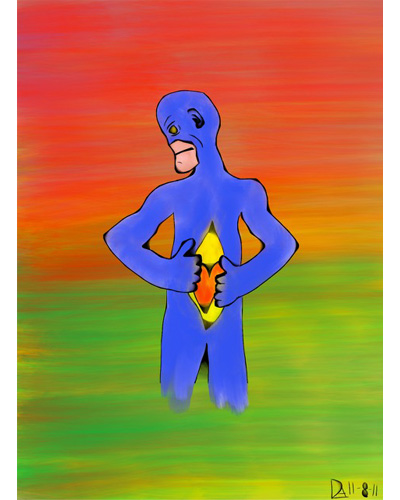 Daniel Leighton is an Augmented Reality (AR) artist, iPad painter, filmmaker, and technologist who started programming at the age of eleven. He creates emotional landscapes with simple lines and brilliant colors to capture complicated states of the human psyche, harnessing technology and human emotion for the greater good. Leighton adds sound, film, animation and interactivity to his paintings with his AR app.

Having Crohn's Disease since birth, Leighton faced his mortality from a very young age. Countless invasive procedures, hospitalizations and surgeries drove him deep into a lifelong quest to understand the workings of the body and the emotions. 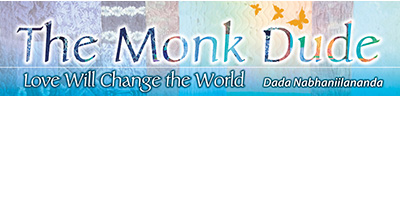 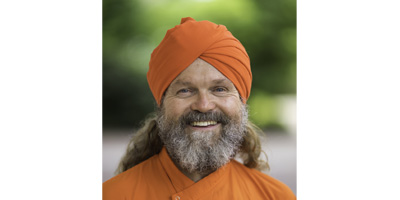 Dada Nabhaniilananda, aka The Monk Dude, is a yoga monk, a meditation instructor, an author, a keynote speaker and a musician. Born in New Zealand, he was ordained as a monk in India in 1979 where he studied under the great spiritual master, Shrii Shrii Anandamurti. He has spoken and performed and spoken in more than 40 countries, including in Brazil in 1992 where he appeared on stage with the Dalai Lama before 10,000 people.

Dada started playing music at the age of four. He has recorded eight albums, won five international songwriting awards and has performed or recorded with a number of notable musicians including Paul Winter, Premik Tubbs (from Santana and John Mclaughlin bands) Harry Williamson (from Gong) & the late, great Daevid Allen (founder of Gong and Soft Machine). Somewhat to his embarrassment (because it is super flattering) he is repeatedly told that he sounds like English folk/rock singer Cat Stevens, in case you’re old enough to remember him. But he does sing with an English accent, and play folk fingerpicking guitar with style.

Dada always says that ‘music is the language of emotion’. Which is why he uses it to help get people in the mood for meditation. Then it is much easier to concentrate. Expect a little session of meditative chanting, mantrameditation, and a cool song or two about how our creative spirit might even take humanity to the stars. 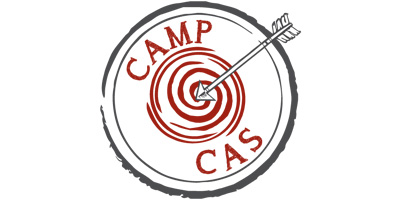 Camp CAS (Cause And Success) is an experiential leadership summit designed to build bridges between the "how-to's" of business (strategy and tactics) with the "who-does" (that's you!) We are committed to changing the conversation of "Women in Business" from merely spouting disparaging facts and figures to help you master navigating your own career so that you can make the impact you are here to make. It's a mixture of business development and personal growth with a sprinkle of experiential leadership.