Will Robots Rule the World? A Panel Discussion about Artificial Intelligence

5:30 pm - 8:30 pm
Share:
When we hear the term "Artificial Intelligence" (AI), we think of self-driving cars, drones that will deliver our holiday packages, and computers defeating humans at board games. Some pundits are talking about a massive shift in our society with AI replacing huge quantities of humans in the workforce within the next 10 years. Perhaps some people envision SkyNet from the Terminator movies running amuck.

Companies are already using AI in numerous ways, including Google and Apple, which are leveraging AI to improve search and smartphones' intelligent assistant, respectively. It's employed behind the scenes to address a range of needs, such as fraud detection, leveraging patient data to improve healthcare, and tracing human traffickers.

So, what's next for AI? Clearly we'll all be affected by its benefits and its drawbacks, as well as its ever-growing technological applications. Join WITI Boston for a panel discussion with cognitive-computing and AI experts, and hear what the future holds.

Thomas Ryden is the Executive Director of MassRobotics. MassRobotics is a non-profit organization whose mission is to help create and grow the next generation of robotics and smart connected device companies.

Prior to joining MassRobotics Mr. Ryden was the founder and CEO/COO of VGo Communications, Inc. While at VGo Mr. Ryden oversaw the development and launch of the market leading VGo telepresence robot. The VGo robot is used by hospitals, eldercare facilities, schools and other organizations to help people stay better connected, allowing users to essentially be in two places at once.

Previously, Mr. Ryden was Director of Sales & Marketing at iRobot Corporation. Under his leadership iRobot secured over $300M in contracts and revenue from its government and industrial products increased from $2M to over $80M annually. In addition Mr. Ryden held roles in program management, overseeing the development of some of iRobot's most successful products. Before iRobot, Mr. Ryden was Founder and President of Exeter Analytical, Inc, a manufacturer of analytical instrumentation. During his tenure Exeter expanded rapidly, securing large contracts with the US Government and major pharmaceutical companies.

Mr. Ryden is on the board of directors of AUVSI New England and serves at the co-chairman of the robotics cluster of the Massachusetts Technology Leadership Council. He also is an advisor to a number of robotics start-ups including RailPod and Que Innovations. Mr. Ryden has a B.S. in Electrical Engineering from the University of Vermont and an MBA from Bentley University.

Judith S. Hurwitz is president and CEO of Hurwitz & Associates, LLC, a research and consulting firm focused on emerging technology including big data, cognitive computing, cloud computing, service management, software development, and security and governance. She is a technology strategist, consultant, thought leader and author. In 2015 Hurwitz coauthored Cognitive Computing and Big Data Analytics (Wiley, 2015). A pioneer in anticipating technology innovation and adoption, she has served as a trusted advisor to many industry leaders over the years. Judith has helped these companies make the transition to a new business model focused on the business value of emerging platforms. She was the founder of CycleBridge, a life sciences software consulting firm and Hurwitz Group, a research and consulting firm. She has worked in various corporations including Apollo Computer, and John Hancock. Judith has written extensively about all aspects of enterprise and distributed software. Judith is a co-author of six "For Dummies" books including Big Data for Dummies and Hybrid Cloud for Dummies. In 2011 she authored Smart or Lucky? How Technology Leaders Turn Chance into Success. (Jossey Bass, 2011).

Judith holds B.S. and M.S. degrees from Boston University. She serves on several advisory boards of emerging companies. She is a frequent speaker at conferences and is widely quoted in business and technical publications. She is on the board of directors of Boston University's Alumni Council. She was named a distinguished alumnus at Boston University's College of Arts & Sciences in 2005. She is also a recipient of the 2005 Massachusetts Technology Leadership Council award.

Matt Peters has been working in social media and content marketing for nearly a decade. In 2007, Matt co-founded Pandemic Labs, which was the nation's first dedicated social media marketing agency. Under Matt's leadership as CEO and Creative Director, Pandemic Labs grew to an international, award-winning agency serving clients such as Puma, Canon, The Ritz-Carlton, DirecTV, Au Bon Pain, and The Utah Office of Tourism.

In early 2014, Matt co-founded Cortex, an artificial intelligence platform for content marketing. Cortex is fundamentally changing the way brands approach creativity in marketing, and it is their mission to augment human creativity for more efficient and effective work. As Chief Revenue Officer at Cortex, Matt focuses on product development, business development, and establishing thought-leadership in the new age of marketing automation.

Matt speaks frequently at marketing conferences around the world, and is often brought in by companies, think tanks, and traditional ad agencies to provide education and consulting on social media marketing. You can follow Matt on Twitter @Fracked.

A light supper and beverages are provided. Students can register as a Member by contacting Candice Benson at [email protected] for the event code. If you or your company wish to host or sponsor an event please ask one of the leadership team members listed here. Thank you for your interest.

Carbonite is located near the Chinatown and Downtown Crossing T stops and is next door to a parking garage at the Hyatt Regency.

Women in Technology International (WITI) Boston network strives to provide content-rich programs and a comfortable networking environment. By attending one of our events, you'll improve your personal and professional network and gain valuable insight into a variety of topics. 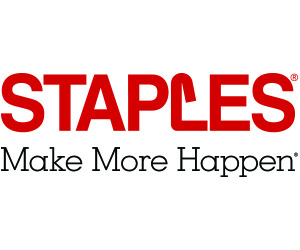