In corporate America, studies have shown women start to fall behind on day 1 and keep losing ground with every step. There continues to be a need for us to do more - as individuals and as organizations. We need commitments to more than just programs on gender and diversity. We need an awareness of the underlying causes and as importantly what steps can be taken to get us to the place where all women are equally represented.

At WITI our mission is to empower women to achieve unimagined possibilities and transformations through technology, leadership and economic prosperity. As part of an ongoing partnership, WITI, IDC and Randstad Technologies have joined together to conduct a survey on how gender viewpoints differ in the workplace. The survey toucheds on a variety of topics to better understand what factors have helped shape employees' careers and what challenges they face in the workplace. To better understand where gender might result in different points of view, the survey was fielded to both women and men.

Come join WITI, Alight, JPMorgan Chase and Randstad Technologies as we present an insightful and influential panel to discuss the challenges and opportunities that exist in STEM fields. Some of the topics our panelists will cover: job security, influence of mentors, career advancement and Inhibitors, building your personal brand, navigating different points of view and lessons learned.

Kellee Eavenson serves Alight Solution's CIO/COO as Chief of Staff where she is responsible for leading cross-functional initiatives such as mergers, acquisitions, divestitures and outsourcing projects. Kellee applies industry and organizational depth to the transformation of the IT organization, as well as outreach to the business functions of Alight.

In Kellee's 20+ years at the organization, she has been responsible for application development for Alight's mid-market health solution, as well as the flagship health aspects of the Total Benefits Administration system. Kellee led the IT due diligence, transaction and transitional services agreement for Aon's $4.3B sales of what is now Alight. Prior to this transaction, Kellee spent the past two years participating in 25 M&A dealsā"leading four of those through transition. She has deep technical understanding of the architecture and the business service logic for what it takes to administer complex employer-sponsored health plans.

Kellee's unique background of understanding the health care industry, transformation and stabilization of clients, and lastly technology breadth has allowed a long career at Alight, yet incredible variety in progressing to a new position every 2ā"3 years both vertically and horizontally. Curiosity in how businesses operate and protect their employee's health led her path.

Amanda Lannert Amanda Lannert is the Chief Executive Officer of The Jellyvision Lab. Since Amanda took the helm in 2001, Jellyvision has become one of Chicago's fastest growing tech companies, adding about 100 employees a year while remaining cash flow positive. The company has grown to serve hundreds of mostly Fortune 1000 clients with ALEX, the most helpful employee decision support platform on the planet. In 2017, nearly 17 million employees and $101 billion dollars' worth of premium decisions were entrusted to ALEX. Meanwhile, the company has been recognized as the Best Software Company and Best Culture by the Moxies, the 2015 Lighthouse winner by the ITA, a top 10 best place to work in Chicago by The Chicago Tribune and the #1 place for millennials to work in Chicago according to Crain's.

Amanda was named CEO of the Year at the Moxie Awards in 2014 and 2015, Woman in Tech in 2016, Woman of the Year for the Chicago Rotary Club of 2018, and was recognized as 2016's Industry Champion by the Illinois Technology Association. She has been profiled in the Chicago Tribune and Crain's. Amanda is also active in Chicago's startup community, serving as a board member of KnowledgeHound, NowSecure and JB Training Solutions, as a Council Member for the Zell Fellows Program at Kellogg, and as a member of ChicagoNEXT. She also serves as āSuper Mentorā for Chicago incubators Impact Engine and TechStars, where she was also named Mentor of the Year. Mrs. Lannert attended Haverford College and Edinburgh University. She is quick to laugh and enjoys a good cupcake.

Suzzette Jaskowiak, Senior Director of Pharmacy Technology for Walgreens, is responsible for the technology that enables 10,000 stores to process more than 3 million scripts on a given day. In her role, Suzzette leads both operations and application development Retail Pharmacy, Specialty Pharmacy, Heathcare Clinics and Techincal Field Services. She created and is the executive sponsor of Walgreens DiversIT resource group. With more than 25 years of experience across application development, infrastructure and operations, Suzzette has a broad spectrum of experience in consulting, technology and the creation and management of lines of business for organizations as diverse as Accenture, ABN AMRO and Forsythe. Suzzette is committed to encouraging girls to participate in STEM through organizations like Girls Who Code, Lumity, Girls on the Run and her local school districts.

Maria Christopoulos Katris is the Co-Founder and CEO of Built In, the most powerful online recruiting solution for tech companies across six U.S. markets. The network of Built In sites provides an exclusive, behind-the-scenes look at the innovative products and cultures of today's top tech companies. As a born entrepreneur. She caught the bug from her parents, who emigrated from Greece and were serial entrepreneurs. Following their example, Katris founded and sold her first business in two short years while a student at Northwestern University's Kellogg School of Management.

Katris brings more than 16 years of marketing, strategy and consulting expertise to the table, spanning industries. Over her career, she also ran a non profit for technology entrepreneurs called TiE Midwest, held a strategic analyst role at Northwestern Memorial Hospital and started her career as a healthcare consultant for Arthur Andersen and Huron Consulting Group.

She has a BS in finance from Miami University and an MBA from Northwestern Universityās Kellogg School of Management with concentrations in Entrepreneurship and Marketing.

Taz Stephens, a veteran in the in the technology recruiting and consulting services business for nearly twenty-five years, has recently been promoted to Region President, West. In his role, Taz is responsible for all business development and client servicing for the West Region of Randstad Technologies, which is comprised of over 30 branch offices, 5,000 deployed consultants, supporting technology and embedded engineering initiatives with approximately 900 customers.

Taz joined Randstad Technologies in early 2006 as a Managing Director for the Itasca, IL branch. After leading the Itasca branch to attainment of the largest revenue branch in the company, he was promoted to Regional Managing Director in 2008, responsible for multi-office business growth. Taz then took on increasing responsibility/territory in the roles of Regional Vice President and Executive Vice President, prior to his current role.

Taz started his career in 1994 with Interactive Business Systems, Inc. Throughout his 12-year tenure, he garnered success in many roles there including: Branch Manager, Manager Business Development, Senior Account Executive, Recruiting Manager, and Recruiter. Taz received his Bachelor's degree in Economics from Illinois State University. 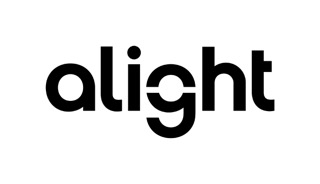