Our panelists represent a diverse array of technology, industry and levels of career progression. This interactive panel will encompass stories of their personal journeys as well as questions and polling with audience participation. If you are graduating from high school, about to enter the workforce, at an entry level position or looking for ways to climb the career ladder, this panel is for you!

Please note: WITI is unable to provide computers for this event. The registered participant must have a computer with the ability to install the software we will use for the event. Unfortunately, most school-owned computers will not have the capability to allow this.

Adil is a Chemical Engineer. Mr. Zuber was formerly the Lead Engineer for Downstream Separations Processes on a $15.5 million multidisciplinary cross-functional collaborative DARPA-funded BioMOD research project to create a rapid, mobile, on-demand, point-of-care pharmaceutical manufacturing device. Intended for use in Combat Support Hospitals, this device also has potential to provide medicine to historically under-served populations in emergency situations (military conflict, natural disasters, etc.), allow for rapid response to dynamically-changing global medical emergencies, and accelerate innovation in pharmaceutical development. This research has been featured in multiple academic journals, including a prestigious Nature publication. Mr. Zuber is dedicated to using science and engineering for the benefit of mankind.

Mr. Zuber is also a science educator. Simultaneous with his research, he taught undergraduate engineering students for several years and was presented with the Outstanding Faculty Award. Passionate about STEM education, he has spoken at several teaching conferences, mentored multiple iGEM teams to support early-career development of biotechnology professionals, and served as the Technical Advisor for the non-profit makerspace Technical Industrial Commons Inc to improve societal scientific literacy and promote the democratization of knowledge by making scientific instrumentation available to the public. Mr. Zuber also advised a team of student researchers for the National Science Foundation Community College Innovation Challenge (NSF-CCIC) who ranked among the national top ten finalists and presented their research at Capitol Hill to members of the NSF, AACC, and United States Congress. Mr. Zuber currently serves as a conference judge and editor for the BioTreks synthetic biology journal, performs STEM outreach to K-12 classrooms via Skype-a-Scientist, and mentors several undergraduates and early-career professionals.

Uthra Ramanujam is the VP of Strategic tech research at State Auto Insurance in Columbus, OH. She leads a team that is delivering business capabilities using ML/AI and Blockchain and other cutting edge tech . Before State auto she was an Executive Director at JPMorgan Chase & Co. leading the Machine Learning and Emerging Technology Group, which supports Consumer Operations. She has filed for 3 patents covering Intelligent Automation, Data Loss Prevention for Cloud Utilization and ML Powered Agent Guidance. She has a passion for mentoring and teaching technology. In her free time she enjoys hanging out with her family on the golf course or beating them in Fantasy football

Misti, a trailblazer equipped with a vision for "what could be" has established a character for influencing change and innovation within the Information Technology industry. Most notably, her contribution among executive leadership in the Columbus, Ohio metropolitan area continues to expand based on evolving business metrics, industry trends, and best practices. With over 23 years of leadership experience specific to multiple levels within the public sector, Misti also maintains a top tier knowledge set of project and program management.

Brian is an Executive Director at JPMorgan Chase, and is Head of Asset Management Technology in Columbus, driving the product operating model, Document Management product teams, and an expansion of the tech team.

Brian was recently Head of Engineering for Consumer and Community Banking at JPMorgan Chase, overseeing 250+ scrum teams, where they built software that processed over $6 Trillion per day, and had over a billion logins a month. Prior to that, he spent ten years driving the adoption of open source, agile practices, and the cloud at Microsoft.

He is an accomplished public speaker, having presented in 46 countries, to crowds as large as 5,000 people. While at Microsoft, he was CTO of the Central Region of the US, he ran the US Gaming Business for two years (launching a variety of social and PC games), and has code deployed to over a billion machines.

Prior to Microsoft, he has run a consulting firm, a startup in the real estate and mortgage industries (shipping the first online real estate listing service), developed software that controls the color of the chicken you buy in the store, and the Amber Alert system for Ohio.

Brian lives in Westerville, with his family. His wife, Joanne, works in Operations at United Health Care. His children, Miranda, and Elliot are both attending college.

Brian also founded CodeMash in 2006 (www.codemash.org), a technical conference, held each January, in the largest indoor waterpark in the US, with over 2,700 professionals, 200 speakers, 100 staff, and 1,000 kids attending the kids program.

He is also a gamer (ranking in the top 1% of Xbox Gamers in the past few years), and an enthusiastic ultra-lightweight backpacker and road cyclist (but not at the same time). Brian graduated from Capital University, in Columbus, Ohio, with degrees in Computer Science and Physics. He was the commencement speak for his alma mater for the 2017 graduating class, and is now on the Board of Trustees. He is not allowed to use power tools at home.

A mom, a musician, and a Software Delivery Manager, Amanda has over 15 years of experience delivering software. She's been part of teams large and small, and has held numerous roles in the tech field, from Developer to Manager and many things in between. Amanda is an empathetic leader who is passionate about building empowered teams and improving team culture through advocacy, trust and accountability. From technical talk, to process, to team building, to music and mom stuff, Amanda loves to talk shop and connect with other humans.

Judy Staveley is a distinguished scientist and currently the Past-President of The Washington Academy of Sciences (WAS). Staveley has held many prestigious positions at the Washington Academy of Sciences for the last four years. She is a professional member of Sigma Xi Scientific Research Honor Society, American Association for the Advancement of Science, and a member of Kappa Delta Pi International Honor Society in Education. A recent graduate of Liberty University in Education Leadership, Staveley has recently designed several virtual STEMM lectures and mentoring programs for the Washington Academy of Sciences. With over 500 reads on researchgate.com, Staveley has accomplished many scientific publications. She continues to research strategies in mentoring and loves helping others. Judy has received many prestigious awards as a professor, mentor, and scientist.

Judy is a recent honor graduate from Liberty University with an Ed.S. (Doctorate) Education Leadership Specialist Degree and Ed.D. Education Leadership University and has recently published a manuscript in strategies to increase Latina women in STEMM. Staveley has a Master of Science, Biology from the University of St. Joseph, a Masters Graduate in Medical Forensic DNA/Serology from the College of the Pharmacy University of Florida, Gainesville, received a B.S. in Biology at the University of Alaska Anchorage, and studied Psychology at the doctoral level at Walden University. She is presently employed as a Program Analyst with military medicine and was a former Assistant Professor and Director of Biotechnology.

1. Introduction of WITI and the panel
2. Panelist discussion
3. Interaction of audience via discussion and polling questions
4. Wrap up

Please note: WITI is unable to provide computers for this event. The registered participant must have a computer with the ability to install the software we will use for the event. Unfortunately, most school-owned computers will not have the capability to allow this.

This event is open to participants under 18 years of age. It is appropriate for those between 13-18 years of age. PARENTS should register on behalf of their child. Once you have registered, WITI Columbus will send you the link to the Learning Management System (LMS) as well as a waiver to give permission for your child to attend this virtual session. The waiver will need to be signed and sent back prior to the day of the event (May 22nd, 2021).

When your child connects to Zoom, they will have the ability to change their visible name to hide their full identity if you wish for them to do so. The Zoom link will only be sent to registered participants. Please stay safe during online events. 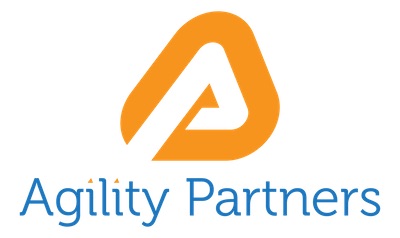