Ford to bring 2015 Edge for a sneak peek â€" hear perspectives from Ford a marketing executive, engineer and brand manager

Ford is committed to delivering industry leading technology solutions that enhance the driving experience, making technology available at every level of its lineup from the small-and-mighty Fiesta to the full-size F-Series pickups. Ford sees smart technology and innovative solutions not only as differentiators in the market, but as a necessity to succeed.

Over the past decade, Ford has completely transformed its business by focusing on design, fuel efficiency and the smart technologies leading to vehicles that consumers really want. One of its newest products is the 2015 Ford Edge, a prime example of how they are delivering the best smart technology and premium design to every consumer.

Come meet the women who are bringing new Ford Edge into the marketplace, with technology such as hands-free parking, voice-activated navigation and collision mitigation. Kim Cape, Johanna Slanga and Cristina Aquino will share their thoughts on how putting the customer first is key to a happy and successful career at one of the largest, most-successful companies in the world today.

During her 19-year career with Ford Motor Company, Cape has worked in various capacities in marketing, communications and dealer relations. She took the Group Marketing Manager post in early 2014, and has since played an integral role in the launch of the all new Mustang, Edge and Explorer.

Cape was also instrumental in the company's much-publicized reinvention of its luxury brand, which included the The Lincoln Motor Company rebranding initiative, the launch of the all-new Lincoln MKZ and most recently the preview of Lincoln Black Label luxury design packages.

Cape joined the Ford Motor Company in 1995 as a member of the Lincoln sales and marketing division, and has since held titles such as Product Marketing Manager, Premier Auto Group (PAG) Strategy Manager, Communications Manager and Dealer Relations Manager.

In previous roles, she worked on major projects such as marketing the next-generation Ford Mustang in 2005, the introduction of the Ford Edge and Lincoln MKX, and serving as a liaison between Ford Motor Company executives and the company's extensive dealer network.

An avid auto enthusiast from her earliest days, Johanna got her start helping her father work on his race car and has been passionate about motorsports and high-performance engineering throughout her career. She has worked on global vehicle programs in the areas of quality, manufacturing and engineering for more than a decade. And still enjoys working on cars.

On the Edge team, Johanna is responsible for vehicle integration work, making sure the countless systems and parts come together seamlessly in a finished product that will be in U.S. dealerships, ready for customers, early next year. She is also working on the global launch, readying the new Ford Edge for sales in both Europe and Asia.

In 2006, Cristina joined Ford following her graduation from the Kellogg School of Management at Northwestern University with an MBA. Prior to joining the team responsible for the new Ford Edge, Cristina led the cross functional team of communications, digital, auto show, public affairs and agency support to launch the global Ford Ranger in over 30 countries.

On the Edge team, Cristina is responsible for steering the company's understanding of the customer and product to develop and execute a go-to-market strategy for the Edge. Cristina and her team are ultimately responsible for delivering the market share, sale and profitability targets for the vehicle.

Earlier in her career at Ford, Cristina gained significantly customer insight as a zone manager, where she worked closely with 14 dealers in the Baltimore / Washington / Eastern Shore area, helping them deliver sale, share, and wholesale targets.

Cristina spent her undergraduate years in Washington, D.C. at Georgetown University in the college of Arts and Science studying English and Theology. 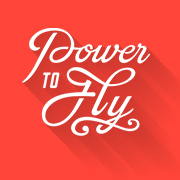