5:30-8:00 PM
Share:
WITI (Women In Technology International) and Hera Hub present an evening of inspiration and leadership with the 'Trailblazing Women Who Rock San Diego Reception.' Inspired by the new "informal" California Corporate initiative at tech companies to add women to public board and that our own America's Finest City, San Diego was named by NAWBO as a top 10 places for women to start business, in 2014 we began by hosting our own event to recognize, inspire and nurture future women leaders.

This year event we celebrates four women who have had significant leadership impact on the business community of San Diego and have contributed to building great companies.

Taking place March 24 from 5:30 PM to 8 PM, the reception will include a panel discussion with topics including: success strategies for founding, leadership, and funding their San Diego based companies as well as contributing to the community at large.

Proceeds for this event will benefit the Links to STEM program, a STEM Robotics program for elementary and middle school students.

Karen Ceberos, Coffee Maven, recognized as a pioneer in the global certified organic and sustainability coffee movements. Founder and CEO of Elan Organic Coffees, Karen Cebreros is recognized as a pioneer in the global certified organic and sustainability movements. After visiting her first coffee farm in Peru and founding the company in 1989, she began visiting other producing countries to source the highest quality certified organic coffees. Since then, she's travelled to farms throughout South and Central America, India, Indonesia, and Africa to identify and build relationships with growers, millers, and exporters. With twenty-five years of experience at the cupping table, Karen has been involved in cuppings and served as a judge for five Rainforest Alliance certified coffee evaluation programs around the world. As a serial entrepreneur, Karen's latest venture is Earth's Choice is a company with three divisions. The divisions include: First importer to exclusively import women's coffee.; A microcredit union in financing artisans and crafts in Guatemala; Coffee Cares a cloud based customized coffee industry management tool, that measures social responsibility. Our companies focus on quadruple bottom line profits, planet, people and peace.

Mark is a Forbes Columnist and Author of Socialized! Mark is the CEO
for Raynforest Inc, an Influencer Marketing Platform. His experience includes more than two decades of technology sales and marketing with organizations including A.T. Kearney, EDS, CT Space and Autodesk. Mark was Named 2013 Huffington Post Top 50 Most Social CEOs. Mark writes the Socialized and Mobilized column for Forbes, Author of Socialized! and is still younger than the oldest NFL football player.

Kim Folsom, Co-Founder and CEO of ReelQualified, will be Mistress of Ceremonies for the evening.

Kim is an accomplished executive and serial entrepreneur with over 25 years of experience growing innovative technology companies. She is the co-founder and CEO of REEL Qualified, Inc. The provider of ReelSmarts Personal Financial Literacy vide program that helps certified financial professional educate their clients about complex financial information and strategies to support wealth and retirement planning. Prior to REEL Smarts Kim founded or was a lead senior executive at several video powered, venture capital financed startups including ShowUhow, DriveCam and SeminarSource.com. Folsom serves on the advisory boards for Consumer Electronics Association - Board of Industry
Leaders, San Diego State University College of Business, Sheppard Ventures, Qualcomm Stadium and the San Diego Bowl Committee. She serves as an adjunct professor of global business strategy and finance at University of Redlands and University of Phoenix College of Business Administration programs. Kim is a co-author of the book on Women Entrepreneurs called Million Dollar Conversations, published in May 2011 by Insight Publishing. Folsom earned her MBA from the University of Pepperdine and a bachelor's degree in information systems with minor coursework in economics from San Diego State University. Folsom was a semi-finalist for the 2001 Ernst and Young Entrepreneur of the Year Award.

Felena Hanson, Biz Women Empowerment Advocate! Founder Hera Hub, the first nationwide franchiser of co-working spaces for women. Felena is a long-time entrepreneur and marketing maven. Her latest venture, Hera Hub, is a spa-inspired shared workspace for female entrepreneurs. This as-needed, flexible work and meeting space provides a productive environment for women who primarily work from home. Hera Hub members have access to a professional space to meet with clients and to connect and collaborate with like-minded business owners, thus giving them the support they need to be prosperous. Cost-effective monthly membership options are suited for freelancers, independent consultants, entrepreneurs, nonprofits, and authors. After building three successful locations in San Diego County, her next goal is to support over 20,000 women in the launch and growth of their business via 200 Hera Hub locations over the next 5 years. She is expanding via a franchise model, thus is seeking well-connected women who might be interested in learning more about how they can launch a Hera Hub for their community. Felena is passionate about education, earning her Bachelor's degree in Marketing from the University of San Diego and her MBA from California State University Dominguez Hills. She taught Marketing and Entrepreneurship at the Fashion Institute of Design & Merchandising and at California State University Dominguez Hills for the MBA online program for eight years.

Arlene Harris is an entrepreneur, inventor, investor, advisor and consumer advocate in the wireless and consumer electronics industry. For over 35 years, she has spearheaded many of the innovations and initiatives that have given consumers the scope and convenience of the cellular services they enjoy today, across all levels of income and technical proficiency. Arlene's a serial innovator and entrepreneur. Her most notable career achievements include the first automated wireless customer activation system (1975), the first wireless service targeting consumers needing special healthcare (1982), the first program controlled end-to-end cellular mobile terminal and system targeting a niche market (1986), the first prepaid cellular system (1989), the first consumer reseller, now an MVNO, wireless service directed at safety (1994) and the first complete end-to-end cellular service targeted at senior citizens (2004) now known in the U.S. as "Jitterbug". As founder and Chairman of Wrethink, Arlene is now bringing the best of her experience and know-how to the world's most important users and one of their greatest areas of concern - the family and their collective privacy.

Parking is $5 for arrival after 5 PM 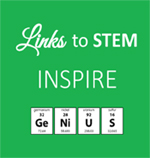 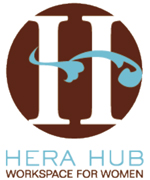