TechTrends 2020 and Beyond - This event will take place on-line.

7:00 pm - 9:00 pm ET
Share:
Autonomous devices such as drones and robots to chatbots and voice-based personal assistants are changing the way people interact with brands and each other in today's digital world.

What does all this mean?

Will we now have autonomous vehicles showing up when we request a ride?

Will our coworkers be robots? How should companies prepare for a world of automation and digital nomads to drive innovation and boost business?

In this session, we'll discuss:

- Artificial intelligence and the digital future.
- Key technologies that will drive business decisions in 2020 and beyond.
- Skills that will be in even higher demand.
- Tips on what you can do to further advance your career in the new era.
- Non-traditional career options
- And more.

There is a relatively small segment of leaders in the business world, individuals who are able to build relationships, trust and rapport with almost anyone, and in turn, are able to broker those relationships and make connections between people, creating partnerships and alliances and motivating forward momentum in order to "get things done".

Kim Thiara has been instrumental in positioning AceTronic Industrial Controls Inc. as the leader in the plastics market. She has spent the last 25 years establishing a name for herself as the best source for Repair, ISO/IEC 17025 Calibration, Control & Plastic Processing Products, culminating in the 2008 purchase of AceTronic, a company founded by her father, Harb Mushiana in 1983.

As President and CEO of AceTronic, "getting things done" and driving results through collaboration, partnerships and relationships, is what Kim is about. She radiates an enthusiastic and sincere passion to service her clients in all facets the organization.

Since joining AceTronic in 1991, Kim has led the Company through both diverse and challenging times. Kim took over the reins from her father during a period of market volatility and persevered with the creation and launch of several new product lines. Throughout this period she demonstrated an unwavering commitment to continuous improvement and growth of a mature and established operation. Under Kim's leadership, AceTronic has achieved consistent revenue growth and built a roster of customers within North America. Recently appointed the Toronto Chair for the Toronto Chapter of CAMM (Canadian Association of Mold Makers) . Canada's mold making segment represents a $2billion share of the Canadian economy.

Acetronic is now moving into its 3rd generation with the addition of Kim's 3 daughters involved with the business.

Jane Goodyer joined York University on October 1, 2018 to take up the position of Dean of the Lassonde School of Engineering. Previously, she was based at Massey University in New Zealand, where she was a professor and, since 2017, has served as Head of School in the School of Engineering and Advanced Technology. There, she led strategic planning initiatives to reposition organizational structures and teaching and research in the School, ultimately increasing enrolments and building stronger international collaborations.

Prior to this appointment, she served as the School's Associate Dean for undergraduate teaching and learning, with responsibility for curriculum and student success and welfare, where she led a redesign of the curriculum, incorporating blended learning and project-based learning, resulting in improved student satisfaction and retention. Before her appointment at Massey University in 2006, she held an appointment at Coventry University in the U.K., as a manufacturing systems specialist, working with automotive businesses to apply cutting-edge research in advanced joining technologies for body-in- white manufacture.

Jane's research has evolved from a focus on manufacturing engineering to an interest in influencing change in engineering education at a national level in New Zealand, bringing academia and industry closer through employer co-designed degrees. She led a new initiative in this area for the NZ
government's Tertiary Education Commission. She has been closely involved in university-industry partnerships throughout her career in both New Zealand and the U.K.

Jane is dedicated to the advancement of women in engineering and encouraging girls to consider a career in engineering. To this end, she launched a national humanitarian engineering outreach program for 10- to 14-year-old girls in NZ and is now piloting this in Canada.

Fawn Annan is the President and CEO of IT World Canada/IDG Canada. She is also a partner and CMO for a digital content agency called Amazing! Agency, which is ITWC's creative arm.

Ms. Annan joined ITWC in 1995 as General Manager, Executive Programs, launching the publishing enterprise into C-level events and research projects. In 2008 she was promoted to Chief Strategy Officer, helping IT World navigate the turmoil that was descending upon the print industry. In 2010, she assumed the role of President. In 2014 Ms. Annan invested as a shareholder in ITWC. In 2018 she assumed the legal position of Chairman of the Board.

Ms. Annan has operated her own business and held senior positions in marketing and strategy with a variety of firms. In 2012 she received the Queen Elizabeth Diamond Jubilee Award for her contribution to the IT industry. In 2017 she was awarded the MISA/ASIM Dennis Steen Award and the RBC/CATA Sara Kirke Award for Entrepreneurship and Innovation, recognizing her contributions to the industry.

She received her education in Canada, attending York University, studying Communications and Business. She also studied at Boston's famous Babson College, which houses the IDG Publishing Institute. Ms. Annan is a firm believer in lifelong education, completing her MBA in 2017 in Media Leadership at Cumbria University in Northern England.

Arie works at Google Cloud where he gets to think alongside the most forward-thinking companies on their hardest problems using the most advanced technology in history.

Before joining Google, Arie was a software developer, graduate student, management consultant, innovation leader, and product manager. He has lived and worked in Toronto, New York, and Montreal. He has four daughters and values an inclusive tech community where all feel welcomed. 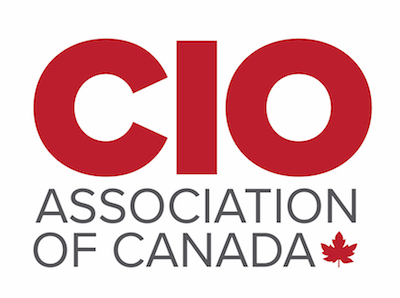