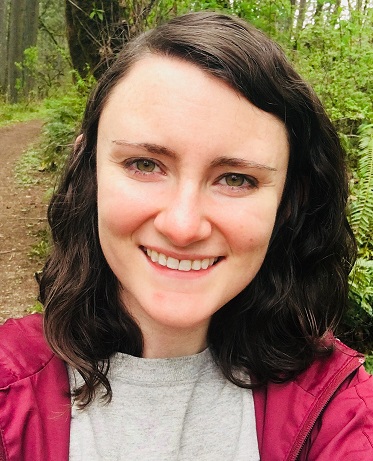 John Bates is an expert in leadership communications. As the founder of Executive Speaking Success, he has trained hundreds of speakers for TED Talks and corporate environments.

John inspires teams and individuals to achieve greatness through executive coaching, in-person training, and online courses. He shares his thoughts on successful speaking for women and on technologies that have made an impact in his field.

Laura Myers (LM): Tell me what Executive Speaking Success is about.

John Bates (JB): Executive Speaking Success is an extension of my "why?" My "why" is to bring out what's awesome inside every person so it can live in the world and make a difference.

As you can guess from the name, Executive Speaking Success focuses on what I call "leadership communication." Communication is the fundamental key to success from negotiations, to management, to personal, and to business. The better people are at communication; the more effective they will be.

LM: Is there anything Executive Speaking Success offers that can help women specifically?

JB: Absolutely. I've spoken at WITI's Annual Summit for many years, and I gave a keynote speech at the Accenture International Women's Day Event in Chicago. One of the contexts I train women from is scientifical; if you look at the numbers, any place in the world where women are doing better, everything is doing better—the environment, education, children, and even men. So, I like to empower women, and it's a great opportunity.

Women often feel they have to be tough and they can't let their feelings show. But there is an element of authenticity that is powerful no matter if you're a man or a woman.

If someone is willing to be authentic about their emotions and willing to reassure people their emotions are part of the equation, there might be a benefit. They let people into their worlds a little bit more while still making sure everybody can see they're in charge. At the end of the day, that reassurance leads to more trust—not less—if it's done well.

Something I work with people on is finding their "superhero origins stories." Now, that phrase makes some people uncomfortable because they hear the word "superhero," and they're like, "Oh, I'm not a superhero." Being a superhero is not the point; the point is the origins story. Superheroes often have interesting origins stories. For example, a radioactive spider bit Peter Parker, and Wonder Woman grew up among the Amazonians.

What I'm interested in is how people got to where they are, what inspired them, and what choices they made. When people have a well-told superhero origin story—when it's a real, authentic sharing of themselves—they establish not only credibility but more importantly, what I now call "emotional credibility."

And that's the key: to get people to take action, and to get people to remember you; all that comes from the emotional part of the brain—not the logical, rational part. That kind of sharing and authenticity—the superhero origins stories—will connect you with your audience in a way that is more powerful.

LM: Are there any scientific discoveries that impact Executive Speaking Success?

JB: The discoveries are an ongoing stream. One that was particularly interesting is a guy who spoke at TED about taking images of people's brains during speeches. He measured good speakers based on who people remembered the most.

They call that similarity entrainment. A good speaker will entrain the audience's brains, so they are lighting up the same way. Good storytelling was a huge predictor of successful communication.

LM: Where do you see Executive Speaking Success going? Are there any changes you see happening to communication in general?

JB: I have an online course available to big corporations for in-house learning platforms. I'm excited because the online course, combined with some webinars, has proven effective.

At some point down the road, I will certify people to offer my courses and my corporate training. As fun as it is to work as much as I do, there's no way I'm ever going to make my courses available to everybody, so I'm going to need some help.

One thing that will always be important is to communicate effectively to an audience. When I went to TED in 2009, I was blown away by the power of one person on a stage communicating an idea that was powerful, succinct, and singular.

It finally dawned on me why TED has been so popular and so moving: that is how we communicated for our entire history as a species until radio and television. The only way anything happened was when one person had the courage to stand up in front of a group and articulate an idea.

This medium of one person speaking to a group of people will, for a long time, be exceedingly important. There's a good chance this medium is going to last a long time, and it may become more powerful.

One opportunity from that realization is to say, "Hey, no matter what I do in my whole life, whether I'm a politician, or an engineer, or a doctor, I am going to communicate with human beings." If you devote a bit of extra time to being a better public speaker and a better communicator period, you will have an exponential growth out of that effort for the rest of your career.

John Bates is a leading expert in Leadership Communication. His large and small group training as well as 1:1 executive whispering are world famous. He is the creator of a powerful online course: speaking.executivespeakingsuccess.com, which receives high praise from global executives and TEDx speakers alike.

John is passionate about people and loves making a difference for those who make a difference.

Laura Myers is an editorial intern for WITI and a freelance writer. She has a BA in creative writing from Knox College. She aspires to expand her storytelling skills as she continues on a lifelong path of exploration.