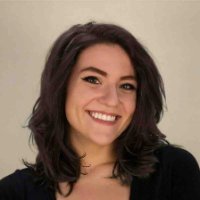 Virtual reality (VR) has taken the world by storm—making appearances in the realms of both entertainment and education. Despite advances in its technology, VR is still well-known for making people that use it motion sick, and that number is far higher in women than it is in men.

That statistic is causing nausea, drowsiness, and disorientation brought on by VR sickness to be a barrier for the mass market success of virtual reality.

One interdisciplinary research team at the University of Nevada, Reno is tackling that challenge head-on by directing their attention to gender-based VR research.

"There is growing evidence that women are more likely to experience VR sickness, which could explain low adoption rate of VR technology among females," Eelke Folmer, a computer science associate professor in the University's College of Engineering, said. "We noticed that some female students experienced VR sickness more than male students—we need to investigate this more to see what is happening from a neuroscience perspective."

The research Folmer and his team do is funded by previous success, and the winning of a highly competitive Google Research award for their proposal, "Understanding Gender Differences in Visual/Vestibular Conflict during Virtual Locomotion."

Folmer oversees the technology part of the research while his colleagues, Paul MacNeilage and Lars Strother, both of the university's psychology department, oversee the neuroscience and theory portions.

During VR sickness, the body sees objects passing through the user's vision, creating an illusion that they are moving. Because they are still, the body doesn't pick up on any vestibular or motion cues and causes a conflict between the systems resulting in motion sickness symptoms.

The reason women get VR and motion sickness more than men is that there are differences in the genders' visual and vestibular systems. Women usually have a larger field of view, a higher threshold of motion perception and a small inner ear&#8212allowing them to be more sensitive to sensory input than men.

"One widely applied solution to minimize VR sickness is to block optical flow perception, for example, by narrowing the field-of-view when users navigate," Folmer said. "However, as women rely on, to a larger extent, landmarks for navigation than men, this could impede their ability to navigate."

Folmer's team is working on current VR interfaces by reducing the amount of VR sickness in women while not putting them at a disadvantage using the device.

For example, if the team reduces the number of women who report having VR sickness during a pilot test simulation but somehow hinders the experience to the point where they cannot successfully pass the piloting test, they did not completely fix the issue.

The research team at the University of Nevada, Reno has not come up with an extensive fix for VR sickness yet but are still pursuing it with the monetary help of the Google Research Award.

Their main goal throughout the whole process? Level the playing field of virtual reality. Reducing the amount of women that experience VR sickness allows more females to explore the field, both for work and for play.

"Virtual reality [has] significant potential to shape the future of how we interact with computers," Folmer said. "This project has potential to remove a small but significant barrier for women to participate in computing, which may also increase their representation in technology research and industries."

Gabrielle Fellows is a journalist, content writer, and digital marketer based in Cleveland, Ohio.