Crushing Disparity: How Women Are Being Empowered by Digi-Tech 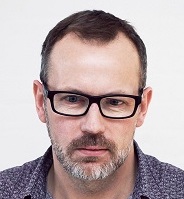 Why Women Are Leading the Way in E-commerce

There are more than 11 million female-owned businesses in the United States; over double the number there were 20 years ago. Female-run businesses are growing at over twice the United States national average, and e-commerce is reaping the rewards by attracting some of the country's top talent. Here's why women are leading the way in online retail.

Patents might be male-dominated—with just 8% of patents listing a woman as the primary inventory&#8212but digital transformation is helping to re-address the balance.

Over the course of the last two decades, patents including one or more women have increased at a higher rate than all other patents.

Empowering women in the digital age: WHERE DO WE STAND? has statistics showing:


However, it's not just through patented inventions that women are innovating.