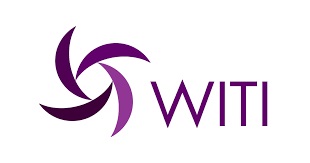 Chieko Asakawa was born in Osaka, Japan with full sight in both eyes, but after injuring her left eye on the edge of a swimming pool at age 11, she began to lose sight. By age 14, Asakawa was completely blind. Thankfully for the tech community, she didn't let this stop her. In 1982, she graduated from Otemon Gakuin University in Osaka with a bachelor's degree in English Literature. Asakawa then fused her literature and computer science interests to enroll in a two-year computer programming course for blind people where she used an Optacon for the translation of print to tactile sensation which benefited herself and her blind peers. Immediately after this work, she was hired at IBM, but only temporarily.

This job quickly became permanent, in 1985, as her supervisors realized the immense amount of talent and promise Asakawa carried with her. Her first roles at IBM included various research and development positions at the IBM Tokyo Research Lab developing educational systems and user interfaces. Then came her revolutionary work to make the web accessible to people with different abilities including, but not limited to, visual impairments. Asakawa created a word processor for braille documents that allows people to write and edit on their computers in braille. Along with this work, she made a digital library of braille documents so blind writers could read each other's work and form community. One of her most used and most buzzed about inventions is the text-to-speech NetScape browser plug-in that revolutionized the accessibility of technology for blind people and people with differing abilities. The plug-in became a 1997 IBM product called the IBM Home Page Reader and within five years it had become the most widely used web-to-speech system available.

Asakawa's programs are now produced in 11 languages and accessed all over the world. All of her inventions have lead to five patents and international acclaim. Asakawa also used her talents to teach at Tsukuba Engineering College, focusing on human interface issues. To further the visibility of people with different abilities in tech, she created a platform where sighted computer scientists could experience the web like blind people do thus creating more conversation surrounding accessibility and the tech world. Her work earned her the honor of IBM fellow in 2009 making her the fifth Japanese person and first Japanese woman to win that award. Asakawa's work at IBM to make modern tech accessible to millions around the world has changed the lives of many. She was inducted into the Women In Technology International's Hall of Fame in 2003 but continues to work in accessibility, especially for multimedia content.