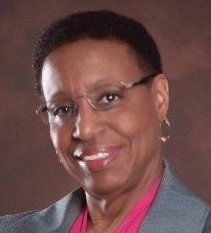 Dr. Sandra E. Burke began her studies in Massachusetts at Boston University where she received her A.B. degree in Biology. This experience then took her to Fairleigh Dickinson University for her masters and Thomas Jefferson University for her doctorate, both awarded in physiology. Dr. Burke's research surrounded myocardial infarctions (more commonly known as heart attacks) and myocardial ischemia (more commonly known as coronary artery disease). As she completed her post-doctoral training at the Robert Woods Johnson Cardiovascular Research Institute in New Jersey she realized women were dying en masse because of these heart problems and she vowed to lessen this threat to women's lives through her career.

Dr. Burke then went on to work at Abbott Laboratories where she researched and patented technology that revolutionized the way cardiovascular problems are solved and treated in hospitals around the world. She researched and developed drug-coated intravascular stents that have saved many people from secondary surgeries and even death. The medical device has made it possible for people with restenosis (the re-narrowing of veins) to live longer, more pain-free lives. In 1996 she received the Abbott Chairman's Award for this groundbreaking work. A couple of years later, in 2001, she was honored again with the President's Award from Abbott for researching a key antiproliferative drug which is the leading method for stent drug delivery.

Through this work Dr. Burke has found success in saving many people from death related to heart disease and heart failure, many of these people being the very women she advocated for in the beginning of her career. Although she is now retired, her work as director of cardiovascular research at Abbott Vascular revolutionized the way they care for their patients but also for their staff. Dr. Burke was a founding member of the Black Business Network at Abbott and still serves on its executive council. She also serves as a member of Abbott Women Leaders in Action. In both roles, Dr. Burke serves as a mentor to a number of Abbott employees who are interested in fostering their scientific careers. Dr. Burke is known for her passion in bringing more black and female doctors into her profession and research interests.

Dr. Burke has published work in more than 75 scientific journals and has assisted in writing seven book chapters in cardiovascular physiology. She is a member of the American Heart Association Council for Arteriosclerosis, Thrombosis and Vascular Biology and is an active spokesperson for the AHA's Go Red for Women initiative. Dr. Burke and her colleagues hold 18 US patents. Dr. Burke and her husband now live in Monroe, N.C., where Dr. Burke spends her time tracing her family genealogy. Recently she compiled a 428-page book of her family history reaching all the way back to 1823. Dr. Burke has taken great pride in distributing these books to her family members. In 2005 she was inducted into the Women in Technology International Hall of Fame, recognizing her groundbreaking work in technology and medicine.