100 Years After the 19th Amendment, Reflecting on The History of Women's Equality Day 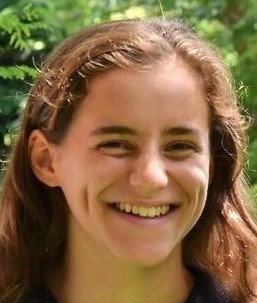 When Women's Equality Day arrives this August, what better way to spend it than by revisiting how it came to be and continuing the fight for the equality that women around the globe still seek? The first celebration was held in 1971 as a means to commemorate annually the 1920 ratification of the 19th Amendment. The chosen date also gives credit to the 1970 Women's Strike for Equality that encouraged women to take to the streets to shine a light on gender-based issues like the wage gap's relation to maternity leave, or the lack of childcare options.

Fifty thousand people united to march through New York City on August 26th, 1970 to tell the world that they were not done fighting for equality, while many women boycotted work that day. The organization of the protest was originally met with some controversy and doubt from within. When the strike was suggested to the National Organization for Women (NOW), the initial feedback was more fearful than enthusiastic. Many members of NOW wanted to be careful that this proposed protest would not distract from the goals the movement was founded upon, or perhaps take away from previous victories. The more radical ideologies prevailed under the agreement that something momentous was needed to spark up nationwide conversations regarding equal opportunity for women.

With media photographers capturing the demonstrations and immortalizing the protestors' signs, one that stands out is the poster that declared, "The Women of Vietnam Are Our Sisters." This tone suggests the power that lives in sisterhood, a power that was not utilized under the problematic leadership of the well-known women's suffrage activists Susan B. Anthony and Elizabeth Cady Stanton. While the 19th Amendment receives credit for granting the right to vote to women, it was not until 1965, under the Voting Rights Act, that this American right was administered to all women, not just those who were white. Furthermore, the women's suffrage movement originated in part as an appalled reaction to the 15th Amendment, which extended the right to vote to black men (if only in theory, as literacy tests and poll taxes derailed this right). Stanton gained support for her campaign by appealing to the southern states by perpetuating the demonization of black men in order to highlight her shiny solution -- allowing white women a voice that would be sure to restore white power.

The women's suffrage movement was further marred by racism, made palpable in the absence of a diverse presence among the females who attended central events, such as the now famous Seneca Falls convention. The exclusion was strategic in building a system in which only a white agenda could fit. Black women were also told to walk in the back of marches, effectively becoming accessories to the movement rather than being involved at its forefront. To further eliminate space for non-white voices, it was encouraged that minority voices branch off of the movement to hold their own protests. As a consequence, the perspective of the white woman still tends to dominate discourse concerning feminism today.

Viewing the fight for the 19th Amendment atop the pile of numerous historical American achievements tarnished by the support of white supremacy, one can't help but consider the question of what the word "equality" really means in the context of "Women's Equality Day" when women remain on an unequal playing field even amongst themselves and voter suppression continues to influence elections. The day then becomes less of a celebration and more of a reminder to get to work. Consider signing this petition to make Women's Equality Day a federal holiday, or checking out resources such as the National Women's History Alliance.