STEM Is Everywhere: A Profile of Tracie Dean Ponder 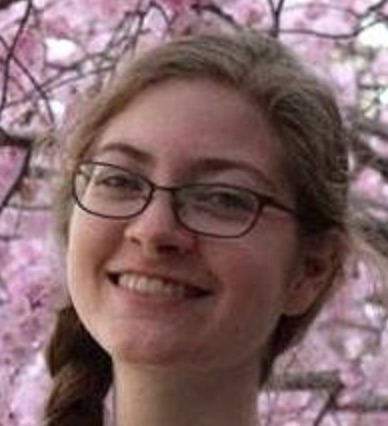 When you think of business, it might bring to mind images of cubicles in an office, suits making deals in boardrooms, and filing paperwork. While that may have once been the case, "business" today relies heavily on technology and emotional intelligence. It does not resemble the static nature of a classroom where, as Tracie Dean Ponder puts it: teaching is a student sitting at a desk, raising their hand to speak, and then turning in their assignment, which can all be done without ever interacting with another person. Her life journey has guided her mission to integrate the "soft skills" of socializing, listening, and collaborating with the "hard skills."

Ponder's life history is complex. As a child, she was one of eight kids living in the inner city of Chicago. Ponder's mother -- despite being a single parent, facing tight finances, and other adversities -- demonstrated her determination to her children. Motivated by their mother's example, Ponder and every one of her siblings went on to attend college. She herself earned her BA from NYU in English and Philosophy followed by an MA in English Literature from DePaul. Ponder's 2004 documentary, One Ordinary Woman, One Extraordinary Journey delves into her mother's resilience.

Her interest in screenwriting took her from the midwest to UCLA.where she studied Film, Television, and New Media. California was also where she established her production company Ponder This Productions. Tracie wrote, directed and produced award-winning independent films as well as theatrical productions. She's also held various roles in production for television networks. While working in entertainment and media Tracie also served as a Business Development Executive for WITI. In large part, her work with WITI inspired the founding of B~STEM Project in 2016. Tracie has also ventured into creating online educational and professional development platforms which further the mission of B~STEM Project like Learn Collaborate.

She cites her experience as a filmmaker as inspiration for her current ventures. "I wanted to see how many people of color were behind the camera." She began recording crewmembers' stories, but a critical question remained. How was she going to distribute these insights to other people of color, even those individuals who were not yet in the industry? Since Netflix and YouTube were the default streaming services, Ponder created a website where these videos could be downloaded. Around the same time, she began consulting for WITI, which introduced her to a community of women who are professionals in the technology field.

As she spent more time surrounded by women in technology, she carried her values of diversity with her from the film industry. She saw how people in her community of color would thrive if given the opportunity to participate in a STEM career. Being surrounded by women who were predominantly advanced in their careers, she also wanted to reach out to younger individuals who were just beginning on their paths. Again, she asked, how was she going to reach out to people of color who were not already deeply involved with technology?

The answer to this question was B~STEM, which stands for Business, Science, Technology, Engineering, and Mathematics. Its mantra, "STEM is everywhere," has its origins in Ponder's own story. Her degrees are in the fields of English, Philosophy, and Film, but the knowledge she gained in distribution, budgeting, team supervision, digital platforms, and other operations is not often taught in schools outside of business or finance focuses. Ponder also explains that jobs want to know, "Can you do PowerPoint? Can you communicate your thoughts well?â€

These types of skills, the "B~STEM" skills, are necessary in all fields, whether it's "entertainment, advertising, fashion and sports as well as engineering, agriculture and life sciences." She adds more to the list, "filmmaking, animation, marketing, digital advertisingâ€¦ everything that we touch, we're always thinking of ways to use technology to get a message across." Gone are the days of asking, "What am I supposed to do with my major?"

The program also focuses on providing support for young women who often struggle to find guidance in the business realm. "The hardest thing for me as an entrepreneur has been facing discrimination as a woman and as a Black [woman]." That's why it's important for everyone to be self-critical, particularly those in power, but also why Ponder took it upon herself to create a program that equips young girls of color with the tools to succeed in business. In order to move forward in her career, Ponder talks about how she must look ahead and "think about what's possible." Her proactive mentality is what the B~STEM Project is founded on.

Another set of skills in particular that Ponder emphasizes are teamwork, collaboration, and compromise -- in short, people skills. At DePaul University, she took classes in law. It was in her law classes that she saw the drawbacks of a one-dimensional grading system. Even though she could give the correct answers in class and was one of the most engaged students, her grades were only reflective of her test scores on paper. Her teachers didn't understand it. She realized that we often judge our intelligence based on a specific aspect of learning.

That's where the Learn Collaborate The educational development platform. It aims to establish the necessary training, professional networks, and opportunities for young women and girls of color to enter the modern workforce, outside of a grading system. The core of this program lies in training of both "hard (B~STEM) skills" and "soft skills." Your job after school does not necessarily rely on remembering specific dates; it relies on your ability to work with others and to consider new perspectives. Ponder reminds us that "compromise is not personal. [It's] something we need to get used to." While her current focus lies in B~STEM Project operations, Ponder has been a part of a number of projects. She hasn't lost touch with her filmmaker roots. In a collaboration, she co-founded a social networking platform with Level Forward and B~STEM Project to connect women across the media and entertainment industries. Another passion of hers is writing. She's written educational guidebooks for B~STEM Project programs, scripts for various stage and film media, poems and essays, and regularly updates her website's blog. She is currently working on UI/UX design for and developing two new online platforms.

I asked Ponder about her life course. She has made the transition from filmmaker to non-profit Founder and Executive Director, to leading a team of developers and everything in between. "It's not like the yellow brick road." Her path is not laid out for her. She describes her approach as fluid, and she loves it. At no point did she ever expect to be involved with technology as an English and Philosophy major who also studied dance during her time at NYU.

"I don't see [success] as linear, I see it as circular. It's not getting your name out there, it's getting things done." It's not a destination or particular state of eternal happiness. Next week, she knows she'll have a different definition of success than she did this week, and so she keeps her ultimate goals in focus but remains flexible in how to achieve them. One of those goals: "I want to share everything that I'm learning." Any avid learner understands that the learning process is never over.

Ponder also admits her love for work, calling herself a "worker bee." Instead of working a 9 to 5, right now she works a 5 to 9 -- getting up at 5 am and finishing work at about 9 pm. Waking up so early, it's quiet. There are no distracting phone calls or emails. It gives her time to meditate and "ease into her day." When the emails do start showing up, she needs to read them immediately. Having a cluttered inbox makes her uneasy. To balance her work-centered mindset, she builds in breaks to eat or to take her dog, Othello, out for walks.

In her free time, she likes to visit art exhibits and attend stage productions. Mostly, she loves to have insightful conversations, one-on-one, with her friends, and sometimes with new people if they have a lot to talk about. As someone who loves to be engaged, she confesses that she prefers to "explore" rather than "kick back at the beach." Her downtime consists of reading, listening to informative podcasts, and watching historical dramas.


One message Ponder hopes to get across to participants in her program, to any students still in school, or to curious readers: "take this moment of 2020 and use it to make real change." Ponder's journey is not unaffected by her experiences as a Black woman. Moving ahead, she wants to see not just "Black Lives marketing," from organizations, but systemic change in hiring practices, financial opportunities, and job assignments. "We all have work to do" in order to make our nation more equitable, even if you don't think that you do.

Following Ponder's life history, it's clear that, though she embraces compromise with others on collaborative projects, she has not had to compromise her principles to be successful. Starting her career off in the humanities and transitioning to leading a program promoting STEM education, she shows me there's no "window" of time for becoming involved with STEM. "STEM is everywhere," even in places you wouldn't expect. For Ponder, she found it first in filmmaking, then in consulting, and finally in business development. Through her path, she has also held on to her values of diversity and equity, which are apparent in all the work she does today.