My Journey to the C-Suite and the Boardroom: Sponsorship 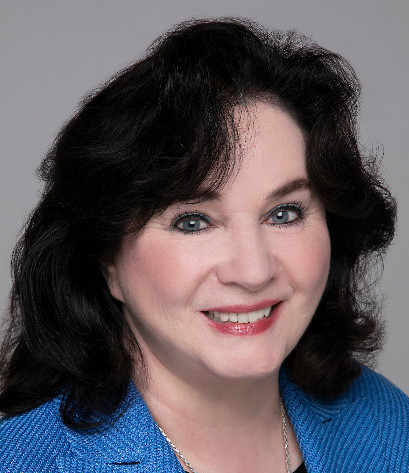 Very early in my career, I learned men are usually assumed competent until they prove themselves incompetent, while the opposite applies for women. Further complicating this scenario is that confidence overshadows competence, except when a woman acts just as confident as a man. In this case, colleagues and leaders often react negatively since it does not fit gender stereotypes. Despite these hurdles, I successfully reached the C-Suite and the boardroom and was honored to work with many very talented men and women along the way. However, my journey was slower and, at times, rockier than many of my male counterparts of equal or even lesser competency. I learned many lessons on my journey, some from success and others from failure. Perhaps my stories will help inform others along their journey to the top. Here is one of them...

One of my earliest lessons occurred at my first job, when it became apparent that the sponsorship of influential people is essential to career advancement. We hear a lot about the importance of mentors who, often unselfishly, provide advice, critical guidance, and support. A sponsor, in contrast, will put their own name and reputation on the line to recommend you for a specific opportunity. For a sponsor to take such a risk, she or he must believe in you, your talent, and your potential.

I had just graduated from college with a degree in Sino-Soviet Studies. I had not taken any courses in science, math, or technology. That said, good timing is often a key to success, especially when preparation meets opportunity. Around the time I was graduating, IBM had just decided to open its first office in what was then the Soviet Union. IBM needed to hire people who spoke Russian and were familiar with Soviet governmental systems but did not have any family ties in the Soviet Union (for fear of the KGB using such ties to obtain confidential information from the employee). I fit IBM's profile and was hired, put into their extensive training program, and - upon completion - joined the Russian operations called IBM Trade Development. I split my time between the headquarters in Paris and the branch office we opened in Moscow.

I did not challenge the "system." Maybe I should have, but it was obvious to me, even at 21 years old, that this would end my career before it had started. So, I worked hard, learned about computers, and was assigned to work a territory in Moscow with a senior marketing representative. I did learn a lot from him, and he, in turn, relied on me to connect with local customers and to navigate the Soviet ministries. We were a good team, but this did not change my ambition to become a marketing representative as I knew it was my best chance to progress into a leadership position.

My first chance at sponsorship

About a year into my overseas assignment, an opportunity arose: the IBM Vice President responsible for Eastern Europe was taking a business trip to Moscow and wanted someone to join him to verify what was said by the Soviet translators and side conversations. I volunteered. The fact that I was simply there to provide support did not preclude me from ensuring that I knew his program exceptionally well and researched the customers and government officials with whom the VP would meet (not easy considering the internet did not exist at this time). During the 4-day trip I became increasingly more valuable to the VP. He was briefed and "hosted" by the marketing representative for each customer, while I was able to add the backstory and provide context beyond the sales relationship.

When we returned to headquarters in Paris, the VP called me into his office to ask about my sales territory and quota performance. I made sure the VP knew I aspired to be a marketing representative, but was currently a systems engineer, and then handed him the Trip Report that I had prepared at my initiative. As I was leaving his office, I heard him pick up the telephone and mention my name.

A week later, I was called into my manager's office and informed that I was now a marketing representative. It was apparent that the VP had provided the essential sponsorship I needed for such a move.

Three years (and one baby) later, the Soviets went into Afghanistan, President Carter pulled U.S. businesses out of the Soviet Union, and I returned to New York. My shift into the marketing representative role paid off. I progressed into multiple management roles in both the US and Asia. I learned the critical importance of sponsorship and that it was earned, not entitled.

At each stage of my career, regardless of the level, I have always recognized the importance of sponsors. I learned:

For women, a need to bridge the gender divide

In a New York Times op-ed article titled "Mentors are Good. Sponsors are Better.", Sylvia Ann Hewlett, President and CEO of the think tank Center for Talent Innovation, warned that without a sponsor, women workers risk getting stuck in "that sticky middle slice of management where so many driven and talented women languish."

Sponsors are just as essential to men as they are to women. However, men (primarily white men) are more likely to have the benefit of what we know as the "boys club" - a network of power players who interact on a regular basis and help each other - and/or have more comfortable opportunities to build relationships in casual settings, such as after work drinks or through sports. Don't let yourself "languish", as women we need to be proactive in developing relationships in natural and authentic ways. We need to build networks that bridge the gender divide (not just segregated into boys and girls clubs) which will enable us to discover the unpublished opening or positions that do not yet exist.