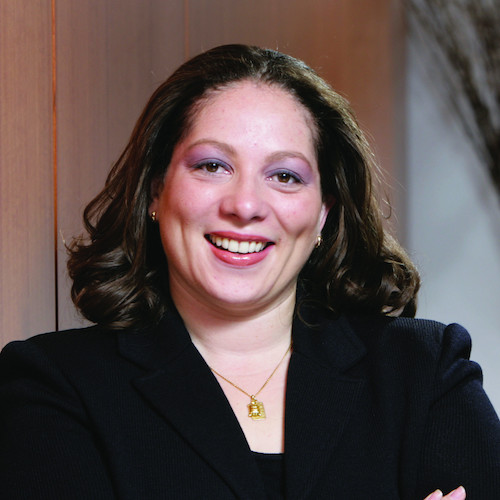 I've always been curious about why things are the way they are and what happened in the past that makes people behave as they do. When I was a child, each Saturday I would go to the main branch of the Los Angeles Public Library. With the names of various authors from my mother's copy of The Negro Caravan: Writings by American Negroes, I began reading the works of prominent writers like Langston Hughes, Phillis Wheatley, and Countee Cullen. This sparked my love of reading, researching, libraries, and politics.

By the time I was 19 in the 1960s, I became a political activists. I started producing a broadsheet with community news. I distributed it to various black neighborhoods in Los Angeles. It included reprinted speeches, lists of interesting books, and local notices. Eventually, I became a public radio documentarian and an author. I spent most of my career shedding light on injustice and informing others about untold stories to promote positive change. I believe knowledge is power, and if we know more then we can all do better as a society.

Recently, my book Loren Miller: Civil Rights Attorney and Journalist was published. Miller worked on landmark Supreme Court cases like Brown v. Board of Education and Shelley v. Kraemer. A forgotten hero, he fought for equality. He was also my father's attorney when he was discriminated against as a black man at a restaurant in LA in the 1940s, and a friend of my aunt Vaino Hassan Spencer who was the first black female judge in California and the third in the U.S. - eventually retiring as a Presiding Judge on California's Court of Appeals after 46 years.

Growing up in a time when civil rights was at the forefront in America was a catalyst for becoming a broadcaster - producing documentaries on public radio - and spending years researching across America to write my book.

I credit my father, Alfred Hassan, for making me who I am today. He was an engineer, California State track and field champion, postal letter carrier, and union man. He taught me that struggles for justice are interconnected - instilling the belief that the treatment of my fellow man is just as important as my freedoms. My father taught me that the blood of Chinese laborers lies on our nation's railroad tracks, and that even though his father emigrated from Sri Lanka, that my grandfather was barred from U.S. citizenship under the Chinese Exclusion Act. I learned from my parents who wholeheartedly exercised their constitutional rights, without which they knew there is no democracy.

When the U.S. invasion of the Caribbean island of Grenada took place, I had been working and living there for a year with four of my five children. Prior to the invasion, the island's Prime Minister, Maurice Bishop, was placed under house arrest. When 10,000 islanders decided to release him, I was there recording the events. As they encountered military resistance and stormed past the tanks, he was finally released.

By the time he was seated in a waiting car, I pushed myself past the crowd and thrust a microphone at him. But when I saw the look on his face, I felt empathetic for his condition and withdrew. Within minutes after his car drove off towards an old fort up a hill, he was assassinated along with several of his supporters. The best I could do was to record the gunshots ringing out near me.

Would I do that again? Absolutely not! I learned to put the story first no matter my feelings. It was a valuable lesson about the importance of being assertive and seizing the moment since you may never get a second chance. I turned what I recorded into an award-winning Corporation for Public Broadcasting radio documentary.

I've always been shy and an introvert. This is why I love books, reading, and research. I do my best work alone and when slicing away at information, which is what I do in analyzing and synthesizing the information that I find during the research process. While I've learned that I prefer working independently, no one can work in a bubble forever and be successful. To get ahead, to get projects funded, to get a book published, and to produce documentaries, you have to work well with others. Being a good leader and communicator is an imperative in any business setting.

When I worked as KPFA's Development Director where I oversaw fundraising for the radio station, I managed a lot of stakeholders and personalities - from board members, major donors, and on-air hosts to those managing the radio station. To be effective in getting major gifts that supported both programming and KPFA's operations, I successfully ran development as an introvert by strategic preparedness. I am most effective when I prepare well in advance for any undertaking. Actually, some might say I over-prepare. But this is how I'm able to feel confident when engaging with teams, and in driving change for organizations and my own endeavors as a producer and author.

Years ago, I wrote a radio proposal for a documentary that I wanted to produce. My proposal was turned down. Undeterred, I tried again and was turned down again. It made me wonder whether the topic was too controversial since it explored issues of race and class in America. Then I questioned if it was really about who I am as a person. Was there something about me that they didn't like? Determined to tell this story, I needed to modify my approach.

While reading one of Herbert R. Kohl's books on progressive education, I came across a passage on how surfers were also environmentalists. Running with this thought, I proposed the documentary for the third time but changed the focus to surfers. I got the same answer. Still with an itch to tell this story, I revisited the idea a year later. I modified my pitch to tell a bigger story - expanding it into a 13-part series on sports called All About Sports. Eventually, I produced an awarding-winning NPR radio series on how race, class, gender, and religion shape American sports.

By being persistent, learning to adapt to what may resonate the most and have mass appeal, and being flexible, I was able to tell the story I wanted to tell in the beginning. Sometimes you just have to be like a dog with a bone.

I come from a family of strivers. My father grew up during the Great Depression and taught me how to be diligent and stand up for what's right - including myself. My mother, Mamie Chance Hassan, taught me honesty and dependability. Together my parents believed in both questioning authority to push for progress and to never give up. I learned true grit. If all the doors to advancement have closed, we will find a way to enter.

I've approached most of my career with this outlook and believe that I'm a product of my American history and legacy. I raised my children similarly. I taught each of them as Americans - whose lineage dates back to the early 1600s and whose family fought in every American war from the American Revolutionary War to the Civil War - that our ancestors built this great nation. In doing so, we should be proud of who we are and our contribution to what makes up the fabric of the United States. We also shouldn't forget the good and the bad, the struggle to get to where we are today as Americans, and the importance of making society better for future generations.

As a family, we need to protect and expand the rights and freedom that our forbearers paid for with their lives. I believe in coupling hard work and integrity with the knowledge of who we are and a respect for where we've been. I carry this foundation inside me. It shapes the perspective that I bring to my work in truth telling and shining a light on what can make this country even greater for all its people.

I feel tremendous pride for what I've achieved in my lifetime professionally and educationally - especially considering my unconventional journey. By the time I graduated from high school, I was married. I entered college with two children. When I graduated from the UC Berkeley, I was a single parent with five children. I am proud that my mother, an educator, lived long enough to see me graduate from college. I am equally proud that my father, who died at the age of 101, lived to see me receive both my masters and doctorate of philosophy degrees from Ohio University.

When I had a successful career in both broadcasting and fundraising, I decided to take a big risk and follow my dreams. I walked away from the security of what I had been doing and the reputation I built for myself. While three of my daughters were in graduate school, I decided to go back to school.

Now as a researcher and an author, I've truly seen during my career that it's never too late to reinvent yourself - no matter your age. You can have different chapters in your life and the only person stopping you from pursing your passions is you.

The Azara Group welcomes your direct comments and feedback. We do not post comments to our site at this time, but we value hearing from our readers. We invite you to share your thoughts with us. You can contact us directly at [email protected]

As part of The Azara Group's monthly newsletter, we select a business leader to share insights about leadership, being an influencer, and career development. Our objective is to help support your ability to flourish as a leader and share what makes people thrive in business.