Blockchain and Its New Rainmakers 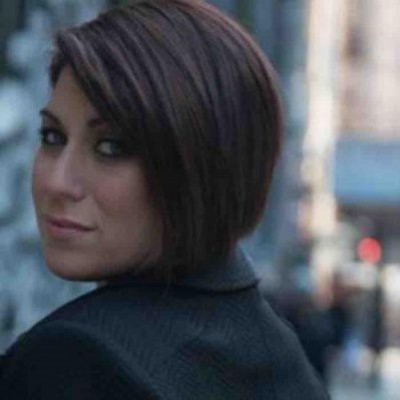 Looking at technologies with the greatest impact in the next several decades isn't what you think it is. It's not big data, social media, robotics, or artificial intelligence. In fact, it's something that is still making its way into everyday lexicon at an extremely slow pace. It's the technology that digital currencies like bitcoin are built on. It's blockchain.

So what the hell is it? How does it work? What is its real untapped potential? Who are some of the women operators shaking up the status quo in its application? Grab a stiff drink and a seat and let's take a big dive into something that may not be on your immediate radar at the moment, but may become the future of every digital transaction you make.

For several decades we have thought of the internet as a straight exchange of information. Assets, as defined by IP, music, our identities, money, and publishing—these, are all controlled by large intermediaries that handle all of the major processes involved in any one of many transactions.

Think: banks transferring money between countries, social media companies holding on to giant repositories of data, film, and music streaming services. There are many transactions involved, both individually and institutionally, that include everything from authenticating, clearing, processing, and bookkeeping. But as we know, these intermediaries are not only far from perfect, and they are centralized; they are slow, and they take a reasonably large cut from of any of the business in these value exchanges.

What if that entire system were turned on its head? What if there was an internet of value that was both vast, distributed, and safer? This is what blockchain and Ethereum (the technology behind smart contracts) are poised to create.

The Holy Grail of Ethereum and Blockchain

The blockchain is both database and network. One of the best definitions describes blockchain as "a data structure that makes it possible to create a digital ledger of transactions and share it among a distributed network of computers. It uses cryptography to allow each participant on the network to manipulate the ledger in a secure way without the need for a central authority." Since anybody can securely check any proposed transaction against this shared ledger, this approach removes the need for a central authority and thus for participants to have confidence in the integrity of any single entity. For example, a distributed ledger allows people to exchange electronic money securely without necessarily having the transactions settled centrally through a bank. (As The Chain Blog puts it, "When you commit to the idea that the record of trades is the money, there is no separate clearing or settlement step needed. The trade is its settlement.")

Ethereum was described in a 2015 Fast Company article as "a global computer that could...emulate many of the functions of companies like Uber, Airbnb, Dropbox, Amazon and Kickstarter&#8212but without inefficient bureaucracies and the other intermediaries who take a slice of the pie." In this sense, Ethereum is a democratic and frictionless transaction platform that could end up as the conduit for much of our future lives. It is a smart contract that can self-execute between individuals. More importantly, like Amazon and Uber, our identities and reputation would be carried along to other experiences and be immutable. Consider for a minute what happens to those who have been selling products for years on Amazon and have built a reputation that is tied to an aggregation of reviews and ratings that cannot be applied to eBay. With advances in tech like Ethereum, this would change.

VC firms and investors are just starting to place their bets on the blockchain due to its untapped potential. Identity management, international contracts, and all sorts of complicated bank transactions can be greatly altered with this public ledger system. The process could work seamlessly, crossing boundaries where banks, logistics, or a plethora of other obstacles once existed. Other applications for blockchain and similar "distributed ledgers" range from tackling food safety to streamlining stock markets: the NASDAQ exchange recently started using a blockchain-based system to record trades in privately held companies. The Bank of England, not known for technological flights of fancy, seems electrified: distributed ledgers, it concluded in a research note last year, is a "significant innovation" that could have "far-reaching implications" in the financial industry.

Unsurprisingly, there is a new rising tide of startups that are testing out use cases in many new industries. Stacy Huggins is the cofounder and CMO at MadHive. The company, (which recently soft launched,) is solving a fairly interesting problem in the complex world of adtech. Brands and publishers do not have ongoing direct relationships with the prospective consumers they pay billions to find. They still have to go through many gatekeepers to build and maintain those relationships over time. Just as many retailers are cutting out the middlemen, the same case can be made for doing the same cutting out the control of the middlemen in the world of ad tech. MadHive is utilizing blockchain technology to do three things: usher in this direct-to-consumer data movement, giving power back to the brands and publishers; lay initial tracks for an open DMP (data management platform); and record, validate, and optimize transactions around data aggregation. All of these in an attempt to bring transparency to a complex ecosystem with notorious double dipping and ad fraud. "We are looking to ultimately right the rules around predatory behavior, which is huge for brands," says Huggins. BitTeaser is also a new player addressing the same complex ecosystem in the online advertising murky territory.

Various companies are already teaming up with forward-thinking musicians to develop a fair and sustainable music ecosystem for artists to turn a song into a business utilizing blockchain technology. For example, Grammy Award-winning United Kingdom singer Imogen Heap's song," Tiny Human," was released on a beta blockchain-based platform, UjoMusic, along with all credits and terms of licensing. In exchange for the digital currency Ether, people could download the song itself or all the vocal and instrumental stems of the song for commercial or non-commercial use. Via a smart contract, all the musicians were paid immediately to their Ether wallets. She is now building what she calls a "fair-trade" music industry in Mycelia.

While still in its infancy, it aims to sidestep middlemen like iTunes and Spotify and give musicians more ownership over the fair distribution of dividends.

By using smart contracts in the case of music templates for setting terms of service and usage for fans, distributors, sponsors, and licensees promoters of the work, artists would decide who could interact with their work, how, and how much each type of interaction would be worth with a lot less paperwork.

Heap is one of many newcomers including Dot Blockchain Music, launched by PledgeMusic founder Benji Rogers. Additional include: Ujo Music, Blokur, Aurovine, Resonate, Peertracks, Stem, and Bittunes, the last of which already claims users in 70 countries.

The potential applications of blockchain and ethereum to the film industry are myriad and complex. Similar to music, much has been made in trade and tech press of the blockchain as an immediate panacea to many problems afflicting the film value chain.

Film and TV deals: these are among some of the most complicated transactions in the world. There are hundreds and occasionally thousands of transactional participants in individual movies. To that end, Kim Jackson, the CCO at SingularDTV (still in beta), is working to achieve an equitable global video ecosystem. Essentially, the SingularDTV platform aims to construct a decentralized entertainment industry, where creators have control over creations and the monetization methods allow creators to display, distribute, and produce their art, including (films, television properties, and music), while protecting their copyrights in one single platform.

Reducing the importance of distribution channels and disintermediate their power of collecting on royalties and licensing is the core value in.

It's not only having access to content that made these content industries powerful in the past, but also they had their access to the most effective powerful distribution channels, including legal teams to strike and enforce licensing deals, and third-party payment channels to collect. With the onset of the blockchain, the last piece of the puzzle ,  distribution and payment, can be taken away from these centralized intermediaries. The aim is for artists and filmmakers to be able to maximize their earnings by eliminating the presence of third-party institutions or mediators like Netflix and YouTube to manage and distribute their content.

While there are still enormous battles to be won with major industry stakeholders at large, it is beginning to look like there is a sea change brewing with rising demand from artists, consumers, and others to join in the shift. Thanks to initial founder funding, partnerships and $7.5 million raised through its SNGLS initial coin offering in early October, the team at SingularDTV believes the company has the runway it needs to challenge the largest entertainment platforms within five to 10 years and joins some of the many new entrants, which also include those entrants addressing film and television piracy like Veredictum.