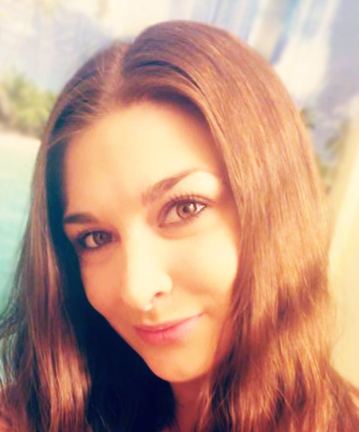 Having residence in both Singapore and Pakistan, Tania Aidrus is a Pakistani national and Muslim who recently left her team at Google. She is the former Chief of Staff and the Head of Strategic Initiatives on the Next Billion Users (NBU). After twenty years of hard work and consistent dedication to seeking out her ambitions to help her Motherland, Tania is back in Pakistan ready to lead the country towards a new digital age. She spent more than half of her life outside of Pakistan to amass knowledge and expertise as well as working at the forefront of various globally recognized tech companies. Today she is on a mission to seek out a digital transformation for her country at the national level. Like any individual who explores opportunities in different fields of interest at first before finally seeing their calling, Tania started her education by completing a Bachelor's Degree in Biology after leaving Pakistan. She later switched her interest to economics from the same university, and thus she has two Bachelor's degrees from Brandeis University, a private research university in Waltham, Massachusetts. She then decided to get her Master's Degree and chose the prestigious MIT (Massachusetts Institute of Technology).

Tania started her career in June 2002 as a Research Associate for the First Consulting Group, one of the fastest-growing software companies, headquartered in Pennsylvania. After spending nearly a year and three months sharpening her skills, she decided that it was time to kick things up a notch. She moved to Booz Allen Hamilton, an American management and information technology consulting firm, headquartered in McLean, Virginia. There she was given the position of Senior Consultant, and after two solid years, she founded her own company, ClickDiagnostics, that provided rural patients with remote medical specialists through the use of mobile technology. It was here, serving her time as the Director, where her talents truly began to reveal themselves. In a period of two short years, she not only won the MIT $100K Development Tack but her initiatives enabled her to be selected amongst the Top 10 in the Legatum FORTUNE Technology Prize 2008. She was also the runner-up for the USAID Development 2.0 Challenge 2008. It wasn't long before big tech companies around the world started to take notice of her, and in August 2008 Google appointed her as the Country Manager for the South Asia Emerging Markets. For eight years, she worked tirelessly to connect more than 400 million people with the help of cutting edge technology. But this was merely the beginning for Tania, as her determined spirit wanted much more.

In 2017 she was appointed Director of Product and Payments for the Next Billion Users, which was aimed at bringing a global revolution. In her third year at the post, she received an invitation from the Prime Minister of Pakistan requesting her to come back to Pakistan and help change the nation's technological situation.

Prime Minister Imran Ahmed Khan, a flamboyant leader of his countrymen ever since coming to power by winning the 2018 general elections, made clear that he wanted to bring changes in Pakistan the likes of which were never seen before.

Mr Khan holds profound love for his nation and, seeing the deplorable state of affairs, reached out to every Pakistani national across borders to support him in bringing much-needed change for the betterment of the people. Through mutual contacts, Tania Aidrus' name was suggested and she was chosen as the most viable person to lead the country's new technological plan. He personally contacted her and convinced her to invest her potential, knowledge, and expertise to make things better for Pakistan and the Pakistani people.

Tania has been tasked to lead the tech-savvy youth of Pakistan with the help of a technology-driven environment. In her own words, she would like to “put Pakistan on the map” as far as innovation in technology is concerned. Though the project itself is quite ambitious, considering that over 197 million people are depending on her, she remains adamant to her cause.

She believes that with the proper resources, contributions can be made to showcase the culture of Pakistan and attract foreign investments from companies worth billions of dollars. In the recent global pandemic of COVID-19, she posted on her Facebook page about providing consultations to more than 9,000 Pakistani citizens in a mere ten days, with the help of Telemedicine and mobile health platforms. Under her leadership, a helpline using WhatsApp was able to deliver over 1.8 million messages to 110,000 users about the threat of coronavirus in as many as seven languages and dialects spoken in Pakistan.

During her inauguration speech at the PM House, Tania was quite clear that she wanted to see Pakistan succeed. According to her, five crucial areas can assist in bringing more significant reforms to the country. With the help of the government and adequate utilization of technology, building blocks can be placed to heighten the movement of centralized planning from high to downstream. Amongst these building blocks, she identifies access to connectivity as the first task to be accomplished on the national level and the second being the upgrading of the country's digital infrastructure.

In her speech, she also mentioned how vital E-Governance can be and how digitizing the various processes of the government can bring about greater transparency within the system. She also stated that proper training and imparting skills can help the Pakistani people to embrace innovation that can be reflected in their everyday lives. All of this will eventually help Pakistan become more lucrative for foreign companies to invest in and build the economy further. Conclusion
Technology, its implementation, and its safe usage have always been a dire concern for Pakistan and the Pakistani people. As of 2017, Pakistan's total literacy rate was around 59%, which shows that considerable efforts are still required to make sure that people understand the technology and are able to use it accordingly. Tania Aidrus is a great asset for a country like Pakistan, where technology and its proper implementation in various facets of life can bring tremendous benefits to the locals. While her time back in Pakistan is not yet substantial, Tania is already making progress. We hope to see her succeed in bringing the revolution her country needs to stay relevant to the rest of the world.

Author Bio
Claudia Jeffrey works as a Research Analyst at Assignment Assistance where higher education students in the UK can acquire the best dissertation writing service offered by experts in the field of study. During her free time, she likes to read and indulge herself in the latest contributions that pop culture has to offer.