The Women in Technology Hall of Fame was established in 1996 to recognize, honor, and promote the outstanding contributions women make to the scientific and technological communities that improve and evolve our society. Join us Monday, June 12, 2017, as we honor key leaders in science and technology at the 22nd Annual Women in Technology Hall of Fame Dinner and Awards Ceremony.

Meet the 2017 Women in Technology Hall of Fame Inductees 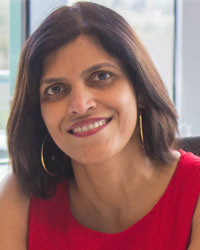 Beena Ammanath is Vice President of Innovation at GE Digital, responsible for shaping GE's Industrial Internet platform, Predix, into a top-notch data science platform. An award-winning technology executive leader, Ms. Ammanath’s work has shaped the usage of data, analytics, and AI at several companies. She is a seasoned leader with over 24 years proven track record of building and leading high performance teams from the ground up, scaling zero to 200+ geographically distributed global teams with a sharp focus on strategy and successful execution of industrial scale products and services. Using advanced technology engineering and data science techniques, Ms. Ammanath also guides leading industrial companies through building and executing strategies to take their business through digital transformation. She recently won the Drexel-CIO Analytics 50 award for being one of the top 50 global innovators in data science.

Prior to GE, Ms. Ammanath had worked at such international organizations as British Telecom, E*trade, Thomson Reuters, and Bank of America, as well as Silicon Valley startups, in engineering and management positions.

Ms. Ammanath has dedicated herself to supporting diversity in technology, and serves on the Board of Directors for ChickTech. She is shaping the future of computer scientists through her role on the Industrial Advisory Board at Cal Poly College of Engineering. Ms. Ammanath is the winner of the 2016 Women Super Achiever Award from World Women’s Leadership Congress, for her dedication to supporting diversity in tech, being a role model to several young women in tech, and driving innovative digital transformation in the technology world.

Laura Niklason, founder of the regenerative medicine company Humacyte, has been a patient advocate and an inventor throughout the course of her career. She is the Nicholas M. Greene Professor in Anesthesia and Biomedical Engineering at Yale University, where she has been on faculty since 2006.

Her research focuses primarily on regenerative strategies for cardiovascular and lung tissues. Dr. Niklason’s bioengineered blood vessels are currently undergoing clinical trials, and are the first life-sustaining engineered tissues to be studied under a Phase III trial. Her lab was also one of the first to describe the engineering of whole lung tissue that could exchange gas in vivo, and her work was cited in 2010 as one of the top 50 most important inventions of the year by Time Magazine. She was inducted into the National Academy of Inventors in 2014, and was elected to the National Academy of Medicine in 2015. In April 2017, Dr. Niklason was also recognized by Fortune among a prestigious list of 34 leaders for driving impactful change in healthcare.

Dr. Niklason received her Ph.D. in Biophysics from the University of Chicago, and her M.D. from the University of Michigan. She completed her residency training in anesthesia and intensive care unit medicine at the Massachusetts General Hospital in Boston, and completed post-doctoral scientific training at Massachusetts Institute of Technology. Dr. Niklason is recognized as a global expert in cellular therapies and regenerative medicine. Today, she continues to teach, maintain a vigorous scientific laboratory, and speaks nationally and internationally on her research and exciting, emerging medical discoveries. 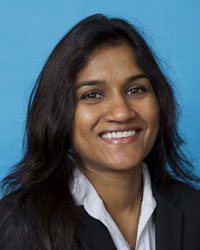 In her current role, she oversees a global team of 350 people who provide critical design tools and new product design support for TI and is the executive sponsor of TI’s New Product Development Execution Initiative. In this capacity, Ms. Patel is instrumental in implementing and measuring product development best practices across the company. Her hands-on teaching approach makes her a true partner with business leaders and engineering teams. She also serves as a member of the Executive Steering Team for TI’s Women for Technical Leadership (WTFL) program.

Outside of TI, Ms. Patel is passionate about promoting science, technology, engineering and math (STEM) programs in schools. As a mother of two daughters, she strongly believes in motivating young women to succeed and has recently launched a program that gives female high school students in the Dallas area the opportunity to shadow TI engineers for a day. She also serves as a board member on the Juvenile Diabetes Research Foundation (JDRF) board Dallas Chapter and is the executive sponsor for Texas Instruments’ fundraising effort for JDRF. Ms. Patel holds a master’s degree in Electrical Engineering from Michigan State University. 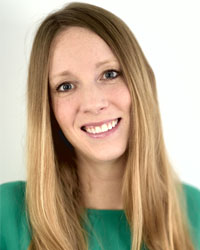 Lisa Seacat DeLuca currently serves as a technology strategist in the Cognitive Incubation Lab for IBM Watson Customer Engagement. She is recognized as the most prolific female inventor in IBM history and, at only 34 years old, one of the youngest inventors at IBM ever to reach the 100th Invention Plateau Award (an IBM internal patent award system). Ms. Seacat DeLuca’s innovation portfolio includes over 600 patent applications filed within the United States and abroad, of which 250 have been granted to date. The subjects of her patent ideas range from cloud, mobile, IoT, social, security, cognitive, and commerce to everything in between.

In addition to her work at IBM, Ms. Seacat DeLuca is also a TED speaker; a self-published author of two children’s books, "A Robot Story" and “The Internet of Mysterious Things;” and an AAAS-Lemelson Inventor Ambassador where she increases visibility to the importance of innovation. In 2016, Ms. Seacat DeLuca was designated one of the Most Influential Women in IoT by the Internet of Things Institute. In 2015, she was recognized as one of MIT’s 35 Innovators Under 35, LinkedIn’s NextWave of 10 Enterprise Technologists Under 35, one of Fast Company’s 100 Most Creative People in Business, and IBM’s Working Mother of the Year for Working Mother Magazine. In 2014, she was named one of Network World's 50 Most Fascinating People in the World of Technology.

Ms. Seacat DeLuca holds a Master of Science in Technology Commercialization from the University of Texas McCombs School of Business, and a Bachelor of Science in Computer Science from Carnegie Mellon University with minors in Business Administration and Multimedia Productions. 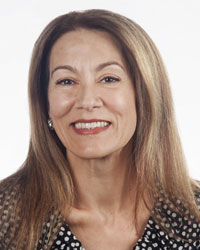 Selma Svendsen is the Senior Director of Program Management at iRobot where she plays a lead role in advancing iRobot’s technology development strategy. Ms. Svendsen holds 22 U.S. patents for the invention of technologies that are core to robot design, including autonomous mobility behaviors and mechanical cleaning systems found on popular iRobot products like the Roomba® vacuuming robot. Her inventions and leadership helped transform iRobot from a small Massachusetts startup to a global, publicly traded consumer robot company with more than $660 million in annual revenue.

Ms. Svendsen came to the United States in 1994 as a refugee of the Bosnian War. In the U.S., she pursued her passion for engineering and joined iRobot in 1998 as a senior mechanical engineer, soon transitioning to lead mechanical engineer. In 2003, Ms. Svendsen joined iRobot’s Home Robotics division, building technologies that formed the foundation of iRobot consumer robots. She became deeply involved in business operations, working with overseas contract manufacturers to ensure iRobot could scale with rapidly growing demand. Her efforts in manufacturing efficiency and components cost reductions helped iRobot deliver high quality products on time, on budget. To date, iRobot has sold more than 15 million home robots worldwide. 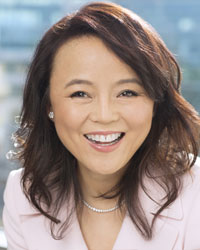 Elizabeth Xu drives technology as the Chief Technology Officer/Chief Architect and Senior Vice President of Technology at BMC Software. Responsible for BMC’s Central Technology Organization, she is a seasoned business and technical leader with over 20 years of experience in software-as-a-service, big data, and mobile enterprise software. Before joining BMC, Dr. Xu was group vice president of product engineering at Acxiom. She had also served SVP of product development at Rearden Commerce, a partner at Business Innovation Services, and SVP of product development at Vitria Technology. Dr. Xu’s career also includes several years at IBM developing the IBM Content Management Suite and DB2.

A teacher, author, and mentor as well, Dr. Xu teaches “Ten Steps to a Successful Career” for Stanford Continuing Studies, and co-authored “Myths of the Promotion: 10 Steps to a Successful Career.” She holds one patent and has won several awards for leadership and community service. She was chosen for Silicon Valley Business Journal’s Women of Influence, and is the recipient of 10 Stevie Awards for achievement in business.

Dr. Xu serves as an advisor and board member for several organizations, including the National Asian Association SF and the Be The Change Foundation. She founded the Successful Women Acceleration Network (SWAN) and is a founding member of the Corporate Executive Initiative. Dr. Xu holds a Bachelor’s degree in Space Physics, two Master’s degrees in Environmental Science and Computer Science, a Ph.D. in Atmospheric Science, and has completed the Executive Education Program at Stanford Graduate School of Business.