To sponsor the Women in Technology Hall of Fame Dinner, purchase multiple tables, or donate to the Foundation, kindly contact foundation@witi.org for information and assistance.

Meet the 2018 Women in Technology Hall of Fame Inductees 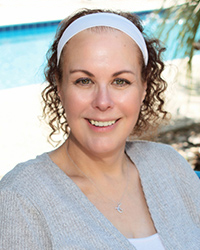 Rhonda Childress is an IBM Fellow Vice President - GTS Data Security and Privacy Officer. As one of only 25 female IBM Fellows in IBM's history, Ms. Childress has created many firsts in her 25-year IBM Career, including: first IBM Service’s female Master Inventor, first IBM Security Fellow, and first IBM Fellow from a Historically Black College or University. As an IBM Master Inventor, Ms. Childress has over 180 patent applications, resulting in 120 issued patents. Her patent ideas range from security, system management, IoT, mobile, aircraft, and various other topics. In 2014, she was honored by the State Bar of Texas IP Law as Co-Inventor of the Year.

Ms. Childress is a dedicated global champion for the advancement of women and other underrepresented minorities across the industry; coaching and mentoring many at multiple stages in their careers from children at school, to adults joining the workforce, to those pushing their careers to heights not thought possible previously. As a STEM (STEAM) advocate, Ms. Childress is passionate about engaging young women in this movement by demonstrating through technology outcomes. The annual IBM Academy of Technology STEM program is but one outreach program Ms. Childress spearheads. She was recognized by The Society of Women Engineers in 2016 with the Spark Award which honors an individual who has contributed to the advancement of women by mentoring those around them. 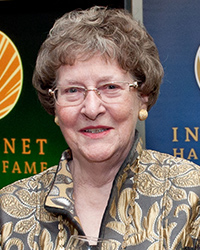 Elizabeth "Jake" Feinler joined Stanford Research Institute (SRI International) in 1960 as an information scientist heading up the Information Research Department, later becoming a member of Dr. Douglas Engelbart’s Augmentation Research Center where she began her work on the Internet. She pioneered and managed first the ARPNET, and then the Defense Data Network (DDN) network information centers (NIC) under contract to the Department of Defense (DoD). Both of these early networks were the forerunners of today’s Internet.

While serving as Principal Investigator for the NIC project and Director for the Network Information Systems Center at SRI, Ms. Feinler's group developed the first Internet “yellow-” and “white-page” servers as well as the first query-based network host name and address (WHOIS) server. Her group also managed the Host Naming Registry for the Internet, developing the top-level domain-naming scheme of .com, .edu, .gov, .mil, .org, and .net, which are still in use today. The NIC also researched and managed parts of the first Internet audit trail and billing system for the DDN, and developed an early model for today’s email systems.

After leaving SRI, Ms. Feinler worked as a contractor for NASA Ames Research Center, helping to bring networking to the large NSF and NASA telescope sites. She also was active in setting up the NASA Science Internet and Globe NICs, and assisted with guidelines for developing and managing the NASA World Wide Web. She was appointed Delegate at Large to the White House Conference on Libraries and Information Centers; has been a member of ASIS and IEEE, and was a founding member of the Internet Engineering Task Force (IETF); past chair of the IFIP Working Group 6.5 on User Requirements for Electronic Mail; and founder of the USING Working Group, which later became the IETF Users Working Group. She was inducted into the SRI Alumni Hall of Fame in 2000, and into the Internet Society Internet Hall of Fame in 2012. In 2013 she received the IETF Jonathan B. Postel Service Award.

Since retiring, Ms. Feinler has been active as a volunteer for the Computer History Museum, where she compiled, with John Vittal, a timeline for development of electronic mail; and donated, organized, and wrote a finding aid for 350+ boxes of archives from the Engelbart and NIC projects. She takes pride in her work to save for future generations the history of what has turned out to be one of the greatest inventions of the modern world: the Internet. 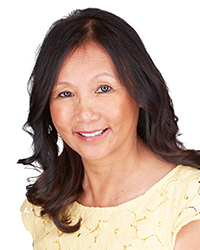 Roz Ho is the Senior Vice President and General Manager of the Consumer and Metadata teams at TiVo. She has extensive general management experience managing large global cross-functional teams including engineering, product management, marketing, and sales. With more than 25 years of experience in the technology industry, Ms. Ho holds numerous patents in software and hardware innovations.

Most recently, Ms. Ho served as Vice President and Head of Product Management at Ericsson, where she was responsible for the product strategy, roadmap and business models, and for managing a development team of approximately 300 engineers to deliver innovative products that addressed the fast-evolving trends in the TV and video market.

Prior to Ericsson, Ms. Ho held several key roles at Microsoft, including engineering roles in Microsoft Office, General Manager of the Macintosh Business Unit, and Corporate Vice President of Premium Mobile Experiences. Among other assignments there, she worked on PowerPoint, and eventually led the project in shipping best-of-breed releases with innovative features used by more than a billion customers worldwide. 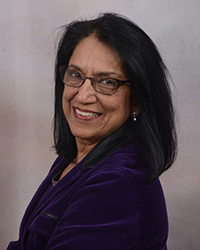 Santosh Kurinec is a Professor of Electrical & Microelectronic Engineering at Rochester Institute of Technology (RIT). She is a Fellow of IEEE, a Member of the New York Academy of Sciences, and an IEEE Electron Device Society Distinguished Lecturer. She is a recipient of the 2012 IEEE Technical Field Award. Dr. Kurinec was honored as the Engineer with Distinction by the Rochester Engineering Society in 2013. In 2016, she received the Medal of Honor from the International Association of Advanced Materials (IAAM).

Dr. Kurinec has been working on innovative electronic materials and device development ranging from electronic ceramics, magnetic and ferroelectric thin films, thin film transistors and MOSFETs, solar cells, and advanced memory devices such as magnetic, phase change, and resistive RAM. She has over 100 publications in research journals and conference proceedings. As the Department Head of Microelectronic Engineering from 2001-2009, Dr. Kurinec received a major grant from the National Science Foundation to prepare students for the frontiers of nanotechnology, in addition to research grants for emerging memory technologies. She was Visiting Scholar at IBM T.J Watson Research Center from 2008-2010. In 2016, she served as the International Chair of KAUST-NSF Conference on Electronic Systems for Sustainable Future, held at King Abdullah University of Science & Technology, Saudi Arabia.

She earned a Ph.D. in Physics from University of Delhi, India, and worked as a Scientist at the National Physical Laboratory, New Delhi. She worked as a postdoc at University of Florida. Prior to joining RIT, Dr. Kurinec was Assistant Professor of Electrical Engineering at Florida State University, Tallahassee, FL. 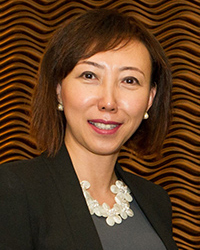 Yanbing Li is a globally minded high tech executive with extensive leadership experience in general management and engineering, both in the US and in China. She is the Senior Vice President and General Manager for the Storage and Availability Business Unit (SABU) at VMware. Dr. Li is responsible for the P&L for a rich portfolio of products in software-defined storage, hyper-converged infrastructure (vSAN and VxRail), vSphere storage, data protection, and storage and availability services for the cloud. She leads product development, engineering, and go-to-market of this high growth business at VMware. Under her leadership, SABU became the fastest growing business for VMware in the past two years, with the market-leading product vSAN growing from under $100M annual booking run rate to $600M. 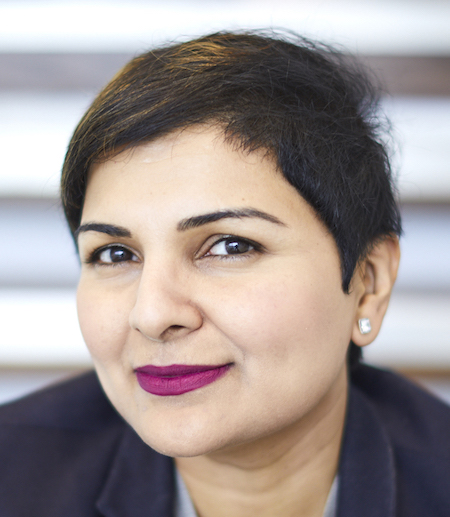 Rashmi Rao is an award-winning technologist and leader with 20+ years of experience. She is currently Global Head, Advanced Engineering, CoC User Experience at HARMAN, responsible for technology and go-to-market strategy to drive breakthrough user experiences into new pursuits and product platforms. Her focus is on combining cutting-edge technologies with advanced UX design and human-machine interactions. Ms. Rao was on the synergy team as Samsung Electronics acquired Harman Inc and drove the two companies to invest in bringing advanced display technologies such as Quantum Dot LED (QLED) from the television market into the automotive markets.

Prior to HARMAN, Ms. Rao was most recently at Apple, focused on Technology and Strategy for iPhones. She has held such roles as Director of Technology at Tandem Launch Technologies and Technology Lead at Qualcomm; has worked on developing MEMS and nanotechnology-based sensors at GE Global Research Center; and worked with Nobel Laureate Dr. Alan MacDiarmid on developing carbon-nanotube-based sensors. As an active member of the Society of Information Displays (SID), Ms. Rao has had many roles of increasing responsibility, instrumental in shaping the display industry. She served as Technical Program Chair for the Display Week Conference 2017 and is General Chair for 2019. Given Ms. Rao’s experience with both automotive and hi-tech, she is a bridge between Detroit and Silicon Valley.

Ms. Rao is an active advocate of STEM education. At Qualcomm she co-founded QWISE: Qualcomm Women in Science and Engineering – a grassroots women’s organization focused on professional and personal development of women in technology. She continues to promote her passion as a female engineer through HARMAN’s partnership with the Square One Education Network and the1000 Dreams Scholarship. Ms. Rao is the recipient of Diversity Journal’s “Women Worth Watching in STEM” 2017 award. She holds an M.S in Electrical Engineering from the University of Texas and has over 21 global awarded patents and several published papers in peer-reviewed journals.